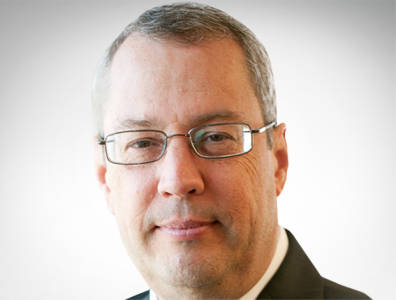 The Trump administration is going to be very positive for the oil and gas industry.

All aboard the upturn

TOGY talks to David Porter, former chairman of the Railroad Commission of Texas (RRC). The RRC regulates the exploration, production and transportation of oil and natural gas in Texas.

The RRC was established in 1891 to supervise the state’s rail industry. Currently the commission no longer has any authority over the railroads; however, its jurisdiction has expanded to cover many areas: oil and gas exploration, production and transportation; gas utilities; LNG; surface mining; intrastate pipelines and alternative fuels research. Through its Oil and Gas Division, the RRC aims to prevent natural resources waste, protect the rights of different interest owners, prevent pollution and provide safety.

• On effective governing: “The [RRC] used to have the opinion that if we did our job everything was going to be okay. We finally came to the realisation that, unfortunately, in this sociopolitical climate, it is not enough to just do our job, we have to tell people that we are doing our job.”

• On natural gas vehicles: “Long-term, there are a lot of possible future benefits in adopting natural gas, especially for fleets of heavy vehicles for uses such as trash collection.”

What oil price threshold will drive the industry to further exploration and development?
The Permian Basin is certainly the big game in town. When prices go up, we are going to see other areas come back into play. Right now, however, everyone is interested in being in the Permian Basin. At around USD 60 per barrel we will start seeing considerably more drilling. Any time the price of oil goes above USD 50 per barrel, you get incrementally more activity. Most people have their costs under control where they can make good money at USD 60 per barrel.

How do you think the Trump administration and its pledge to streamline regulations will affect the oil and gas industry?
The Trump administration is going to be very positive for the oil and gas industry. His approach, as far as fossil fuels go, will be good for both the country and for Texas. Exactly how many new jobs will be created will have a lot to do with regulation, but it still is a function of the price of oil. Until prices move substantially, I don’t see a huge comeback for employment in the industry.
In terms of regulation, there is some validity to Trump’s approach. The Obama administration kicked out regulations in 2016 as if it was a going-out-of-business sale. There were probably a lot of regulations passed that need significant scrutiny and work done on them. I don’t know if I could support a hard and fast [standard of] getting rid of two regulations for every one that is proposed [as stipulated by the president’s executive order in January 2017], but there are certainly a lot of regulations out there that need to be reformed, redone or modulated for activity and reality.
For example, the Clean Power Act affects Texas negatively. In view of our growing economy, anything that shuts down power generation capacity instead of expanding it is bad for the state right now. We need all the electricity that we can get from whatever source, whether it is natural gas, coal or renewables.

Do you foresee federal environmental regulations being relegated to the state level in order to give them more autonomy?
The new administration will lean that way. From a human nature standpoint, it is always difficult for a government agency to give up their power. There is the bureaucratic inclination to keep control, but under the Trump administration there will be a shift in this direction, hopefully a large shift. It will not be a headlong rush to federalise everything.

What were the key achievements during your time at the RRC?
There are three things that I really like to talk about. Number one was the Eagle Ford Shale task force. The RRC had not done a very good job in the past of communicating its goals and what it does to the general public. When the Eagle Ford Shale came into existence in 2011, we knew it was going to be a big play, so we set up a task force. Since then, we have certainly beefed up and improved the communications department here at the RRC. We still have a long way to go in that area, but we are at least in the game, whereas six or seven years ago we weren’t even trying to communicate.
The agency used to have the opinion that if we did our job everything was going to be okay. We finally came to the realisation that, unfortunately, in this sociopolitical climate, it is not enough to just do our job, we have to tell people that we are doing our job.
The second achievement is keeping regulations up to date. For a number of years we had not really spent a lot of time updating the rules and regulations. In the past six years since I’ve been here, my fellow commissioners and myself have been very active in updating. Oil and gas technology changes rapidly and it is a never-ending process to keep your rules and regulations up to date with technology and best practices.
Lastly, I took up an initiative to promote natural gas and natural gas vehicles. We were doing a lot of activity in that space when the price of oil fell in late 2014 and it knocked out a lot of the price differential between natural gas and gasoline or diesel. It slowed down the adoption of natural gas. Long-term, there are a lot of possible future benefits in adopting natural gas, especially for fleets of heavy vehicles for uses such as trash collection.

What are the RRC’s top priorities for 2017?
The first priority is to continually update and keep up on the regulations based on technological changes. That is pretty much ongoing for any regulatory agency, particularly anything oil and gas related because of how fast the technology changes.
Another big problem for the RRC right now is finance. We became self-funded in 2011. The vast majority of funding for the oil and gas division of the RRC comes from permit fees for drilling. With the drop that we’ve had in drilling since late 2014, we have less money coming in and we’ve had to cut back on hiring for vacancies. We are not plugging abandoned wells quite as fast as we were two or three years ago.
If we are going to continue to meet our responsibilities to the state, we are going to need more money from somewhere. Hopefully, the Texas state legislature will give us more money.