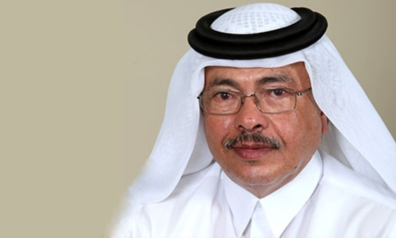 Compared to countries such as the UAE, where contractors have extensive domestic experience and there is a more established framework and standardised practices, Qatar is a relatively immature market.

How have construction activities developed in Qatar during the last decade, particularly in the oil and gas industry?
Qatar has planned 30 years worth of development over a 10-year span. Massive projects are being undertaken in a very limited time frame. The Barzan Gas project, initiated in 2011 and reaching completion in 2015, was developed on a very tight schedule. This type of project would take 10 years to finalise anywhere else in the world.
There has been a big push over the last decade to develop all of Qatar’s LNG trains and gas-to-liquid capacity. These projects have required massive amounts of capital, new technology, modernised processes and the efforts of multiple contractors who worked together throughout these undertakings.
Oil and gas still plays a key role in Qatar’s development, but the pace of development in the industry has slowed down in the last few years. Barzan is the last of several large-scale projects and we are currently seeing more small and medium-sized projects, such as upgrade works, being carried out by the construction sector. For now, Qatar is concentrating more on developing its infrastructure, a massive network of rail, roads, ports and airports.

What kind of challenges might aggressive planning pose to the successful execution of projects?
Projects begin with tightly planned timelines. In Qatar, contractors are under a lot of pressure from the client to finish on time. The client may change their requirements during the development of the project, which can increase costs and create delays.
If the contractors and the clients do not constantly communicate to discuss the scope and the consequences of these changes, and adapt their respective plans accordingly, issues and tensions may surface between the two parties.
One of the mistakes that has been made in the past is that both the contractor and client only take into account the direct additional costs of project development, leaving the issue of indirect costs to be addressed at the end of the project. This often creates problems upon the completion of the project.

Is the relative immaturity of the local market another source of difficulty?
Qatar is a very competitive market and the country offers a number of opportunities. As such, there are new players from around the world bidding on these new contracts. On any given project, you might have new teams on the side of the clients, consultants and contractors that have little or no experience working together and few established practices to rely on.
The multiple types of contractual agreements  used in the country is another challenge, given that these contracts can also be revised and changed during the course of projects to better adapt to the conditions of the market.
Compared to countries such as the UAE, where contractors have extensive domestic experience and there is a more established framework and standardised practices, Qatar is a relatively immature market.
Many contracts in Qatar’s oil and gas industry now relate to maintenance and turnaround works at large-scale facilities such as Qatargas, RasGas or Pearl GTL. These projects are shorter, less complex and have lower costs, making it easier for contractors to manage and absorb changes in scope, timeline and cost.

Does this increase the need for dispute avoidance?
Disagreements on contractual issues between contractors and clients can take several years to be solved in arbitration or courts, an undesirable outcome for both the contractor and the client. Dispute avoidance helps to avoid unnecessary delays during projects and disagreements over each side’s responsibility once the project is complete, and therefore suppresses the need for arbitration or court.
This type of resolution pushes all parties to sit at the table and try to solve their issues rather than having to take the matter to arbitration or court, which may damage the relationship between the contractor and the client.
This type of service is not yet well known in Qatar, however, given the value and complexity of ongoing and planned large-scale projects in the country, there is definitely a need for the service. Dispute avoidance will not only help to solve issues on an ad hoc basis, the system will also help to establish practices that will benefit the country in the long run.