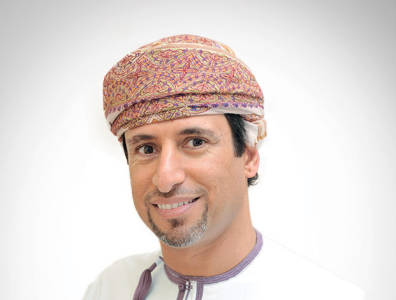 "Profit margins for operators in Oman are realistic. There is a reasonable return on investments compared to investment returns in many other oil-rich countries."

Undersecretary of Oman's Ministry of Oil and Gas Salim Al Aufi describes the challenges still prevalent in Oman’s energy industry and outlines how the country’s oil production could reach 980,000 barrels in 2015. The ministry is aiming to create a more efficient hydrocarbons industry by cutting waste, increasing volume and boosting market confidence.

The cost of oil production in Oman is still low and major operators are working hard with services providers and other local companies to increase efficiency. All parties are examining the value chain and cutting waste in an attempt to transform the challenge of low oil prices into an opportunity.
This topic was discussed at the Society of Petroleum Engineers conference in March 2015, when the consensus among all the players was that greater collaboration was necessary in order to create trust within the industry. Operators do not have to prescribe everything to their services providers, and should trust them to execute quality work without the need to interfere.

A FAIR PRICE: The gap between Oman’s cost of production and global oil prices is wide enough for exploration and production companies to make a profit. There may be a few operators that struggle during this oil cycle phase because their output is low. In such cases, operators that are producing small amounts of oil and gas will need to scrutinise their costs, and make cuts accordingly.
Companies are not expected to go bankrupt. The profit margins for operators in Oman are realistic. There is a reasonable return on their investments compared to investment returns in many other oil-rich countries in the world.
Debates regarding fair oil prices are ongoing. A barrel price of $110 is too high for the consumer, but $60 a barrel of oil is too low for the producer. Shale oil produced in the US initially flooded the market, but now many exploration firms in North America are struggling to turn a profit. For example, producers of Canadian oil sands will need oil prices of at least $90 per barrel to break even.
The Omani budget was balanced at a much higher oil price, and the country has high public expenditures. The Ministry of Oil and Gas has made it clear that if the oil price drops below the cost of production, we will behave similarly to other businesses by purposefully reducing our activities.

READY TO PRODUCE: Global energy consumption is increasing annually due to a rising population and rapid industrialisation in some regions of the world. Oil and gas have been oversupplied at times in history, and the price of hydrocarbons was self-corrected by the market. This is what is currently taking place.
The Ministry of Oil and Gas has already clarified that it will continue to invest in Oman’s energy industry, but will be more cautious with investment decisions. Operators prefer to keep investing in Oman because drilling operations pay off in six months, on average. Small and medium-sized projects, whether for conventional or secondary recovery, will most likely reimburse the operators’ initial investments within three years.
Rabab Harweel, an enhanced oil recovery project led by Petroleum Development Oman, was launched when oil prices were high and is now profitable. Since February 2015, the project has been functioning on operational costs only.
If the oil and gas industry stops investment when the supply of crude is high, the world will encounter a fuel shortage within a few years. Fortunately, the majority of upstream companies in Oman have the will and capabilities to assist the Ministry of Oil and Gas in increasing the country’s output to 980,000 barrels of oil per day (bopd).
Local company Consolidated Contractors Energy Development ended 2014 having extracted 30,000 bopd. State-owned Oman Oil Company Exploration & Production did not produce oil in 2014, but output in 2015 is already 6,000 barrels of oil equivalent per day.
The sultanate’s energy industry has the potential to produce one million bopd as long as it does not continue to experience frequent unscheduled deferments of 50,000-70,000 bopd. More needs to be accomplished in regards to asset management and preventative maintenance to avoid failure of equipment, pumps, compressors, pipelines and wells.

OFFSHORE PUSH: Total recently relinquished offshore block 41. The company could not justify continuing its operations after studying the block in-depth. Norway’s DNO and US company PetroTel are present in offshore blocks north of the country.
The Ministry of Oil and Gas is reviewing the marketing strategy for open blocks where exploration activities were previously not successful, which could include executing a data-gathering programme before pushing the block back on to the market.

For more news and features from Oman, click here