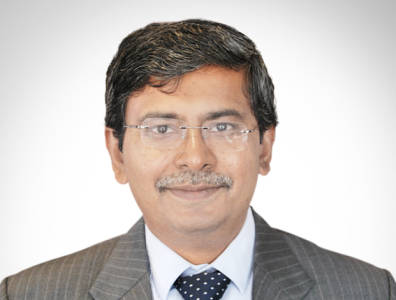 Indian hydrocarbons companies are interested in expanding their energy footprint in Colombia in exploration, production and refining. Indian companies such as OVL Group plan to develop a number of exploration blocks.

Collaboration between India and Colombia has been intensifying since the Indian Embassy opened in Bogota in 1973. Prabhat Kumar, Indian Ambassador to Colombia and Ecuador, talks to TOGY about the growing importance of economic ties between Colombia and India, as well as India’s inclination to invest in the country’s oil and gas industry.

Bilateral trade between India and Colombia has more than quadrupled between 2009 and 2013 from USD 946.95 million to USD 4.19 billion. Colombian exports to India were valued at USD 2.74 billion in 2014, with oil constituting 95%. The two countries have signed several economic and trade agreements, including a Memorandum of Understanding in Business Development Cooperation in April 2010.

EXPANSION OF HYDROCARBONS: In recent years, Indian companies have shown an interest in Colombia’s oil and gas deposits. In 2008, India and Colombia signed a memorandum of understanding on hydrocarbons.
Indian hydrocarbons companies are interested in expanding their energy footprint in Colombia in exploration, production and refining. Indian companies such as OVL Group plan to develop a number of exploration blocks. Currently OVL is present in six exploration blocks in Colombia and struck oil in the first block under exploration. Production is likely to start early 2016.
The Colombian energy market is open and receptive to new investments. The overseas arm of India’s national oil company, OVL, has formed a joint venture with Chinese oil and gas operator Sinopec for exploration and development activities in the Middle Magdalena Valley. A few Indian companies, such as oil and gas independents Bharat Petro Resources, Videocon Petro and Reliance Petroleum are already active in the Latin American region.

ENERGY SECURITY: India is the third-largest consumer of oil and the fifth-biggest of gas in the world. The country’s demand for hydrocarbons is expected to grow rapidly over the next decade as its economy keeps expanding.
Colombia has hydrocarbon potential and relatively stable environment. Along with Brazil and Venezuela, Colombia is qualified to play an important role in supplying India’s demand for energy over the long term. India is looking to establish co-operations to develop the capacity and technology of the country’s downstream sector.
India will like to co-operate both with the government and the private sector, particularly in the development of the country’s refining capacity. In the last year, several Indian companies have opened new offices in Colombia, reinforcing India’s plan to increase business and investment activity in the country.

A GOOD PLACE TO INVEST: Colombia’s legal and financial systems are among the strongest in Latin America which make it a favourable place to for Indian companies interested in entering the energy industry to invest.
The country faces a number of social and environmental obstacles that pose some level of uncertainty for development projects, especially in the licensing process of the extraction sector. Companies interested in operating in remote areas where the government has limited control have security concerns.
However, in recent years the government has been proactive in these matters and made some advancements. The recent establishment of the National Authority for Environmental Licences has made procuring a licence more efficient. With the successful completion of peace negotiations and proper security strategies, security issues will not pose much of a problem.

LOOKING AT THE FUTURE: Indian oil and gas companies have a strong interest in taking part in the next bidding rounds. The offshore discovery of Orca gasfield in late 2014 and Kronos-1 gas field in July 2015 have reinforced the optimistic view of the country’s hydrocarbons potential over the coming years.
The relationship between India and Colombia will become stronger as commercial ties deepen. Indian Minister of Oil and Gas Dharmendra Pradhan visited Colombia in May 2015 to establish a Joint Working Group that will expand opportunities in the oil and gas industry in the near future. Latin American firms could benefit from accessing the large Indian market, which has growing purchasing power. Oilfield service companies have the opportunity to tap into a maturing market that could benefit from new foreign technologies and processes.