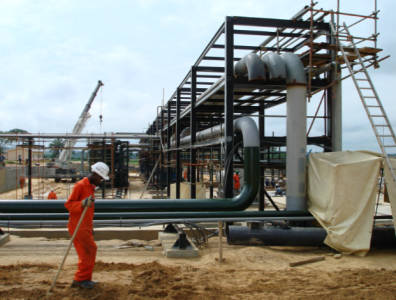 We have strong intentions to continue operating in Congo-Brazzaville. We plan to continue to develop assets onshore despite the challenges.

In 2013, French oil company Maurel & Prom invested about $9 million in the drilling of the Kola-1 exploration and Kola-2 appraisal wells in the La Noumbi field in northern Congo-Brazzaville.

“We have strong intentions to continue operating in Congo-Brazzaville,” George Mabona, Maurel & Prom’s country manager, told TOGY. “We plan to continue to develop assets onshore here despite the challenges.”

Maurel & Prom made one of Congo-Brazzaville’s first major discoveries onshore in the Mboundi field, which has become one of the country’s most prolific fields, in 2003, shortly after having entered the country as an onshore operator. The field was first put into production at 2,000 barrels of oil per day (bopd). Production now is at 60,000 bopd. The field is estimated to have 1.4 billion barrels of oil equivalent in reserves.

“We realised in the middle of the investment that it was not going to happen. The Mboundi investment was turning into huge monthly or yearly costs, which surpassed our financial capacity,” Mabonda said. “With our mid-sized company and the required investments, it was starting to become too complicated to reach that target.”

NEW PERSPECTIVE: The funds from of the Mboundi sale freed up the company to acquire activities in Colombia, Gabon and Tanzania. In addition, Maurel & Prom reinvested into the La Noumbi field, a 2,800 square kilometre acreage located onshore to the country’s north. At the end of 2007, Maurel & Prom started its first well, Doungou-1 in La Noumbi and revealed some interesting hydrocarbons stacks.

LOCAL CHALLENGES: The La Noumbi block in Congo-Brazzaville is a true exploration area. While in the jungle, Maurel & Prom had to build roads in order to drill the wells and had to facilitate a sensitive agreement between Congo-Brazzaville and Gabon.

“Unfortunately, the local population in the area went to the authorities claiming we were pouring toxic waste into Gabon.” Mabona said. “It is important to handle the local populations onshore by keeping their customs in mind. Now when we have an operation we go and talk for days with the chiefs of those lands, as is the tradition.”