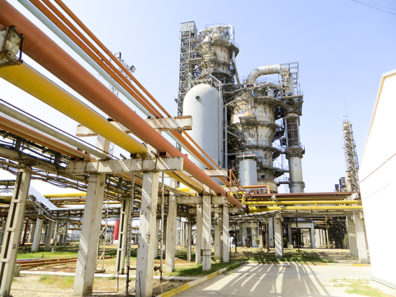 Feasibility studies seriously impact the cost of the project. Making right and rational decisions at this stage will save up to hundreds of millions of dollars in the future. That is why we paid special attention to the project’s study phase and involved different experienced local and foreign consultants.

In developing the configuration, we invited participation from well-known marketing companies and analysed global energy trends. Taking these factors into account, we twice optimised the project’s configuration.

In late 2015, the State Oil Company of the Azerbaijan Republic (SOCAR) is set to complete the tender for the Oil and Gas Processing and Petrochemical Complex’s (OGPC) engineering, procurement and construction contract. The initial stage of development will begin once a final bid is tendered. The facility is due to be fully operational by 2030. Phase one will cost $8.45 billion with interest.

The feasibility studies – conducted by French company Technip in conjunction with US corporations UOP and Fluor – have prolonged the timeline for completion. “For a world-scale project like this, it is normal for studies to take a certain amount of time,” SOCAR vice-president Tofig Gahramanov told TOGY.

PHASE IN: The first phase of the 15-square-kilometre project near the Sangachal terminal will entail building the gas processing and petrochemicals facilities, with onsite utilities and infrastructure for the production of polyethylene through steam cracking. The gas processing plant will have a capacity of 12 bcm (424 bcf). The petrochemicals plant will have an initial output of 860,000 tonnes per year and 1.1 million tonnes per year by 2030.

The second phase, from 2020 to 2030, will involve the startup of the oil-refining unit, which has been delayed by updates of the Heydar Aliyev Baku Oil Refinery (pictured). The purpose of this is twofold: to extend its operational life to the late 2020s and to enable it to produce Euro 5-quality fuels. When complete, OGPC will refine 73 million barrels of oil per year.

LOOK AHEAD: The complex’s main target market will be Turkey, followed by other Mediterranean countries and southeastern Europe. The development of shale gas is impacting the project by making naphtha-derived petrochemicals uncompetitive in comparison with ethylene plus fractions-based ones, according to a study by the US-headquartered McKinsey research institute. With this in mind, SOCAR will remove naphtha as a feedstock in its steam-cracking unit, further reducing the cost basis of future production.

DUE DILIGENCE: The company plans to hold a tender for the front-end engineering and design (FEED) contract together with the engineering, procurement and construction contract. “The main reason that we are taking this approach is that the progress of the petrochemicals plant development is behind that of the gas processing plant. For the gas processing plant, the FEED is already completed, but for the petrochemicals plant, we are at the conceptual stage,” Gahramanov said. In order to prevent a long delay in the startup of the petrochemicals plant after the gas processing plant, the development has to be sped up. “Most likely, we will use the so-called dual FEED method. We have discussed it with international companies and consultants, and they all approve of our approach,” he said.