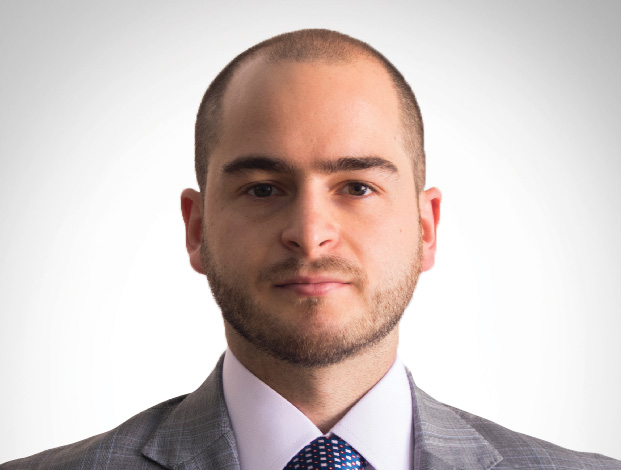 The situation of Electricaribe must be solved as quickly as possible because the competitiveness in the Caribbean region depends on it.

Alejandro Ibarra, partner at Ibarra Abogados, talks to TOGY about the importance of natural gas in Colombia and how the current crisis in the electrical sector represents an opportunity to reform and restructure public policy. Founded in 1993, Ibarra Abogados is a Colombian law firm representing national and international companies in competition, international trade, Customs law and regulatory matters.

• On pressing matters: “The main issues to address would be primarily the current 25% limit on the retail market share, the re-establishment of the Superintendency of Public Utilities’ power to impose penalties and some of the new resolutions enacted by CREG in 2018.”

• On Electricaribe: “The situation of Electricaribe must be solved as quickly as possible because the competitiveness in the Caribbean region depends on it. The region will not be competitive if it does not have a reliable electricity supply.”

• On Colombia’s gas situation: “In my opinion, producing and importing natural gas are not mutually exclusive. Producing is cheaper than importing, so investing in the exploration of natural gas is worthwhile. However, considering that suppliers must meet the country’s energetic needs beyond 2026, which is already covered, it is possible that this demand will have to be attended by imports when local production is not enough.”

Most TOGY interviews are published exclusively on our business intelligence platform, TOGYiN, but you can find the full interview with Alejandro Ibarra below.

What new opportunities have emerged in the services arena?
During 2018, we broadened our portfolio to include matters relating to the energy sector, not only from a competition and antitrust point of view, but also from a regulatory perspective, particularly in light of recent events.
Going into a new sector entails evaluating its state and condition. The sector has faced various difficulties that have created various opportunities to advise new clients. The postponement of the construction of Hidroituango, the largest hydroelectric power unit, until 2023-2024 has created a gap in the generation and provision of energy that new projects are trying to fill in. Many of these projects have thus required advisory.
It has been interesting to see how the sector’s current situation has led to an increase in the generation of renewable energy sources, such as solar power, to cover part of the deficit.
Where are the opportunities? An opportunity primarily lies within the new energy auction promoted by the Ministry of Energy, in which these renewable sources of energy intend to participate. Therefore, we are working towards advising such new projects, e.g. photovoltaic and wind projects. You can also find an opportunity for consulting services in the entire legal structure of distributed generation and self-generation projects.
There is also a demand for consultancy regarding the execution of contracts between large-scale end users and retail companies, as well as regarding the design of energy efficiency schemes.

What are your views on the changes in the wholesale energy market regulation?
The wholesale energy market operates through the spot market and the bilateral contract market. Contrary to the spot market, bilateral contracts are not very transparent. In order to overcome this problem, the Energy and Gas Regulatory Commission issued Resolution No. 114 of 2018 to introduce a mechanism that will enable the creation of energy exchange markets that will enable transactions between agents that offer and demand energy and result in standardised supply agreements.
It would also be interesting to devise a mechanism that enables large-scale end users to buy energy from independent power producers in the energy exchange market created under the scope of Resolution No. 114 of 2018. Nowadays, domestic regulations oblige large-scale users to buy energy only in the over-the-counter retail market. This would help to tackle the main complaint of large-scale end users related to lack of information when negotiating supply agreements, which gives utility companies a more favourable position. Indeed, such a mechanism could help to make the process of negotiation more transparent and to level the playing field for both parties.

What are the main regulatory issues that need to be addressed in Colombia?
The main issues to address would be primarily the current 25% limit on the retail market share, the re-establishment of the Superintendency of Public Utilities’ power to impose penalties and some of the new resolutions enacted by CREG in 2018.
In light of the government’s intervention in Electricaribe, one of the country’s main energy distribution and retail companies, a debate has arisen regarding the legal limit on the market share a supplier can cover. Indeed, Colombian regulation establishes a 25% limit on the demand a retail company can serve. Given that Electricaribe represents almost 25% of the market, any company that were to buy it would exceed the 25% limit, hence posing an obstacle for the sale.
Raising the limit could lead to active competition among agents to gain market participation, and thus, a better service for large-scale users and households. However, given the moral and systemic risks such an increase might pose, it is essential that the government takes measures that allow it to deal with an agent of that size.
Regarding the decision of the Constitutional Court to reduce the amounts of the fines that can be imposed by the superintendency, it is important to consider the following. Our system has two authorities: a regulator (CREG) and an enforcer, the Superintendency of Public Utilities. If the enforcer loses the instruments that allow it to enforce and control the adequate implementation of regulations by market players, the system will be operating at 50%, on a self-regulatory basis, so it is crucial and in the public interest to re-establish the superintendency’s power to impose sanctions and penalties.
Moreover, I find regulation projects such as CREG Resolution No. 105 of 2018 very interesting, as they seek to create incentives for agents to behave properly and refrain from manipulative conduct in the market in order to increase efficiency. Other new regulations such as the CREG Resolution No. 30 of 2018 indicate the interconnection process for small-scale self-generation projects. Lastly, CREG Resolution No. 15 of 2018 establishes the new methodology for distribution that aims to remunerate all future investment plans and to improve the quality of the service in Colombia.

How should a foreign investor attempt to take part in Electricaribe?
If a foreign investor looks at the numbers, they will see that Electricaribe is a very good business opportunity. It represents almost 25% of the Colombian market and, due to the current 25% limit, foreign investors have an advantage, since it is very difficult for a Colombian agent to acquire it.
Leaving aside the debate about the 25% limit and its effects on the the participation of national companies in the auction, the situation of Electricaribe must be solved as quickly as possible because the competitiveness in the Caribbean region depends on it. The region will not be competitive if it does not have a reliable electricity supply.

How important is the natural gas sector within Colombia’s energy industry?
In Colombia, natural gas is essential as a fuel and source of energy. The electric power system’s reliability greatly depends on natural gas, especially in times of crisis, such as water shortages.
Its fundamental role and the fact that natural gas reserves have decreased have led to a debate on whether gas should be imported. In my opinion, producing and importing natural gas are not mutually exclusive. Producing is cheaper than importing, so investing in the exploration of natural gas is worthwhile. However, considering that suppliers must meet the country’s energetic needs beyond 2026, which is already covered, it is possible that this demand will have to be attended by imports when local production is not enough.
In addition to having enough supply, it is also essential to solve bottlenecks in other stages of the chain, such as expansion of transportation with enough capacity to attend the numerous peaks of demand.
There will be new opportunities and challenges in the natural gas market, and thus, new PPAs [power purchase agreements]. In contrast to the electricity market, the natural gas market grants large-scale end users direct access to wholesale players. Natural gas regulations enable them to negotiate supply and transportation agreements of gas without intermediaries, being more flexible.

What is Ibarra Abogados’ strategy for 2019 and beyond?
Our focus this year is to work with emerging power generation projects that aim to cover the electricity deficit in the country and, at the same time, provide consultancy to large-end users on energy efficiency issues, energy supply agreements, new negotiations and self-generation projects.
In terms of competition, we think that new technologies and the proposed mechanisms to increase transparency entail the release and circulation of more information that may lead to antitrust concerns. This might also give rise to new compliance mechanisms and the improvement of companies’ competition policies.

For more information on recent regulatory changes in Colombia’s power sector, see our business intelligence platform, TOGYiN.
TOGYiN features profiles on companies and institutions active in Colombia’s oil and gas industry, and provides access to all our coverage and content, including our interviews with key players and industry leaders.
TOGY’s teams enjoy unparalleled boardroom access in 35 markets worldwide. TOGYiN members benefit from full access to that network, where they can directly connect with thousands of their peers.