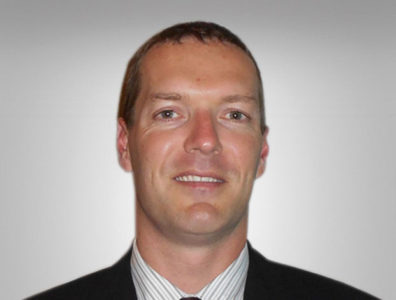 In Qatar, we have not yet seen signs of lower activity levels such as rig count contraction, unlike other parts of the world, including North America.

Desire to innovate: Progress towards new technology in Qatar

Baker Hughes country director for Qatar Ross White writes about strong demand for innovative oilfield services and technologies in Qatar, but cautions that collaborative work may be required to bring new technology into the country. Oilfield-services company Baker Hughes provides the entirety of its portfolio to Qatar’s national and international operators from its facilities in Mesaieed Industrial City.

The Qatari market has a strong appetite for new techniques, technologies and practises. The most convenient way to introduce such innovations to the country is often to work with international oil companies that will then suggest the idea to national operators through their joint-venture partnerships.

It is often productive for oilfield-services companies to communicate through case histories of ideas that have been implemented in other parts of the world. Bringing new technology to companies such as Qatar Petroleum can be a protracted process. Nonetheless, the appetite exists, as new technologies and practises allow these companies to optimise reservoir targets, increase production, and often, improve cost efficiencies.

PUSH FORWARD: At this time there does not seem to be the necessary critical mass work scope within any single operator in the country to warrant bringing in another well-stimulation vessel, but a consortium of international oil companies could be put together to make such a prospect viable in order to work for all of them. Qatari operators would have to take the lead for such a move to happen, and that can be a lengthy undertaking. But this type of consortium or rig-share agreement has been done before in many places, Norway being one notable example.

Ultimately, any oilfield services company strives to partner with operators to optimise reservoir performance. Slow processes can be a bit frustrating, but if operators are eager to sit at the table and find a solution, things can eventually move forward.

CHEMICAL DEBATE: This is a competitive market for the suppliers of oil and gas field-production chemicals. The largest international companies have representation in Qatar and import a similar range of products to Baker Hughes.

The upstream chemicals sector, and specifically kinetic hydrate inhibitors (KHIs), is of particular interest. KHIs are specially formulated products that are added to wet gas production streams to lower the temperature at which hydrates (the encapsulation of methane in ice crystals) are formed. This is vital during production through the winter months, to prevent hydrates from plugging the pipelines from the production platforms to onshore processing facilities. An alternative means of preventing hydrates is to dose the produced fluids with monoethylene glycol. We have seen a gradual shift towards monoethylene glycol as the preferred chemical and Qatar Petroleum has been pushing for this method of control. However, gas producers in the market think this may not be the correct approach and a 2nd generation of KHIs may be more appropriate. This is a debate that stimulates thinking and research in our sector, and we are likely to see some evolution in the coming years.

DRILL FOR IDEAS: There is also room for implementing new technologies in several other areas, such as drilling services. Collecting samples while drilling is something that can be further developed and that can be useful for different operators in Qatar. The process consists of stopping at different stations to analyse formation fluids and collect samples while drilling. Then, when the bottom hole assembly is brought back to the surface, these samples can be taken to laboratories to determine what will be produced out of the reservoir rock.

Interest has also been expressed in techniques and technologies that improve hydrocarbons recovery. One example of this is extended-reach drilling, which helps access some of the reservoirs that have not been available to operators up to this point because the technology needed to drill long lateral wells was absent.

We have been drilling some very deep long-reach and extended-reach wells. These developments ultimately depend on an operator’s appetite for exploration of this type, but also on economic feasibility.

SUSTAINED ACTIVITY: Some international oil companies are delaying finalising their 2015 activity plans due to depressed and volatile commodity prices. In the meantime, oilfield services companies are more likely to react to work scopes that will be changing on a weekly and possibly daily basis.

Market dynamics are leading us towards smaller services companies and operators closing up shop. It will be a curious and challenging year for the whole industry. In Qatar, we have not yet seen signs of lower activity levels such as rig count contraction, unlike other parts of the world, including North America. The level of activity remains robust and this is a good sign.