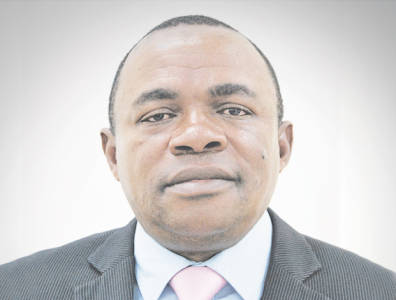 “Petrochemicals are a new phase in the industrialisation of the country. The economic outlook in Equatorial Guinea will change significantly.”

The aim of the REPEGE project is to diversify sources of economic growth, create jobs for nationals and, above all, industrialise the country. The first phase relates to the petrochemicals sector, with an ammonia, a urea and a fertiliser plant. The second phase involves methanol and formaldehyde production plants and other chemical products.

ECONOMIC GROWTH: Petrochemicals are a new phase in the industrialisation of the country. The economic outlook in Equatorial Guinea will change significantly with the introduction of the petrochemicals sector.
Local labour will be used in the development of the sector, which does not yet exist in the country. The REPEGE project will also contribute to the development of agriculture by making fertilisers available. The impact will be nationwide, as the jobs and development created by the advancement of agriculture will surpass the impact made by new petrochemicals.

GAS FEEDSTOCK: The Ministry of Mines, Industry and Energy has divided the hydrocarbons production of Bioko Island into two regions. Gas produced at blocks O and I, which are owned by US exploration and production company Noble Energy, will be used to exclusively supply the REPEGE facility with around 105 million British thermal units of gas per day. The gas supply agreement has already been negotiated and is set to enter into force by 2019 for a duration of 25 years.

OIL POSSIBILITIES: A study conducted by MMIE is evaluating the possibility of building a modular refinery to incorporate oil into the downstream sector, although it would not be in Riaba. This is at the very beginning stages, and a location has not yet been identified for this project.
A refinery should be close to the production field to minimise transportation and other logistical costs. Building a refinery near the Bioko Oil Terminal would allow easy and consistent access to the oil stocks, reducing the country’s dependence on imported refined products. It also already has the infrastructure in place, lowering the potential costs.

REGIONAL EXPORTS: The first priority is the exportation of petroleum products, but the market must be carefully analysed before production. The domestic market is in an early phase and has not yet been not fully developed. Furthermore, the purchasing power of the region is also very low.
Urea, ammonia and fertilisers will first be exported to India and Brazil, countries that have a high demand for petrochemicals. A market study at the regional level will be undertaken to identify the products that are high in demand in the Central African region.
The majority of the countries that are from the Economic and Monetary Community of Central Africa import petrochemicals products from Europe, Asia and the US. Given that, Bioko Island presents the opportunity to serve as a centre for exporting petrochemicals to this community.