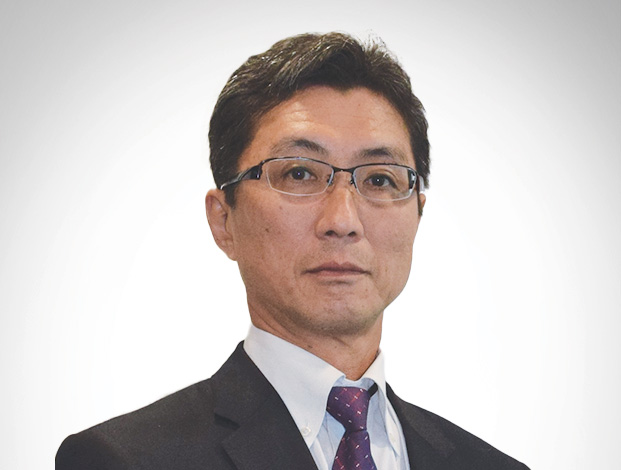 The CGCL plant is viewed in large measure as the catalyst for growth in [southwestern Trinidad].

Hiroshi Kita, CEO of Caribbean Gas Chemical Limited (CGCL), talks to TOGY about the development of its facility in La Brea and working with the local community. CGCL is a joint venture between Mitsubishi Gas Chemical Company, Mitsubishi Corporation, Mitsubishi Heavy Industries, the National Gas Company of Trinidad and Tobago and Massy Holdings.

• On local investment: “The sentiment has been expressed that public disorder driven by the community could scare investors away. Until the social climate becomes more welcoming to investment, there is always going to be that disincentive. It is not going to be as attractive or appealing for FDI to come to La Brea if investors look back at our recent history and know that the community can shut things down and that it might happen to their project.”

Most TOGY interviews are published exclusively on our business intelligence platform, TOGYiN, but you can find the full interview with Hiroshi Kita below.

What progress has been made on the construction of CGCL’s natural gas-to-petrochemicals complex?
We are maintaining the December 6, 2018 target date for completion. There were some workforce-driven protests early in 2018, but our operations director is catching up from the construction delay, so we will still meet the target date. As for the start date of commercial operations, that date has been kept as March 6, 2019.
In terms of the construction progress, most of the civil works are completed, with just a small portion ongoing. The remaining work is the connection of the modules and the production pipeline. Our challenges now are electrical and instrumentation works, and we are working 24/7 to meet the scheduled completion date.

Why did CGCL decide to set up this plant in La Brea, when all the other petrochemicals facilities are located further north?
Southwestern Trinidad, which has long been the home of the extractive industry, has been identified as the next growth pole for the petrochemicals sector, so the CGCL plant is viewed in large measure as the catalyst for growth in that area.
While the Lake Asphalt company has been operating for more than 100 years, and there are plants in the vicinity of Point Fortin through the Atlantic LNG trains in proximity, methanol production and export has not existed in La Brea, so this was seen as critical to the initiation of true petrochemicals development in this part of the country. That is largely viewed as one of the benefits of having this plant here.
The plant could have been located in any one of the many other industrial parks in the country, but La Brea has always been the bedrock for oil and gas in the country, but without the attendant development that we have seen elsewhere in the country. The hope is that this significant investment here will spur that development.
With a natural harbour and port facilities at Brighton, our plant can operate from this area quite easily. La Brea has always been known for its pitch, but not much else, so this plant and its location in southwestern Trinidad is critical for the continued development of the petrochemicals sector. While methanol production is quite mature in Trinidad, the CGCL plant is practically a greenfield operation in this part of the country.

What markets are you targeting for the plant’s output?
Our plant capacity for methanol is 1 million tonnes per year. Methanol is the raw material in the production of DME [dimethyl ether]. The DME plant has a capacity of about 20,000 tonnes per year, therefore, a fraction of the methanol production will be DME.
Our major offtakers are Mitsubishi Corporation and Mitsubishi Gas Chemical Company, both of which have a huge presence in the US, Asia and Europe, but as there are many methanol plants running in the world, we are now developing our customer base in Latin America, especially in Brazil.
Trinidad has a lot of natural gas, but there are other Caribbean islands that do not have gas, so they are using diesel-powered generators. From the viewpoint of environmental impact, the competitiveness of diesel and DME prices, and the reasonable costs of electrification for DME-powered generators, we can provide DME throughout the Caribbean.

What is the difference between CNG and DME for vehicles?
For converted vehicles, there are two types of engines: petrol and diesel. The CNG vehicles use petrol engines.
A cleaner fuel, DME has characteristics similar to diesel, so the diesel engine can be used. DME is also used for propellant, aerosol and portable power generators that originally used diesel.

Where does CGCL stand on local content and training?
Our headcount of nationals has increased, and the organisational structure is almost at capacity. We have 85% nationals at this point in time, and the transition continues because we will move into pre-commissioning fairly soon, and then to operations in 2019.
We have been consistently engaging local talent and content. Training is an important component of that and we have been training both in-house and in the community over the past two years. It is ongoing, and we have been able to attract experience and talent.
MGC [Mitsubishi Gas Chemical], our technology provider, has developed an operations training simulator over 30 years, which it customises to each client. It is an operation, training and machine simulator, and the latest one contains a methanol plant simulator and a DME plant simulator from which our employees continue to benefit from training.

How has the social climate affected the way investors look at La Brea?
One of the issues that has plagued La Brea over the years is the social climate. The established industrial parks in other parts of the country have always been attractive to foreign investors because they have not encountered the same challenges we have faced and continue to manage and, where necessary, mitigate with the local community.
The residents of this community have a long history of employment in oil and gas. Consequently, they have developed certain expectations over the years and they are not afraid to publicly demand and protest for those expectations. That has halted our journey at times, and because that same scenario of protests and work stoppages have occurred repeatedly and with other business interests in the area, there is now reservation and even scepticism about future foreign investment in the area.
The sentiment has been expressed that public disorder driven by the community could scare investors away. Until the social climate becomes more welcoming to investment, there is always going to be that disincentive. It is not going to be as attractive or appealing for FDI to come to La Brea if investors look back at our recent history and know that the community can shut things down and that it might happen to their project.
We are hoping that a multi-pronged approach to dealing with the social issues will make the climate easier for those who are to come, because there is so much room for development. The highway coming in to this area lends itself to greater development here, but the people have to come together in a reasoned approach to ensure that community interests are not left out or neglected.

What is CGCL’s community relations strategy?
La Brea is no stranger to investors coming in, exploring, making promises and then leaving without providing benefits to the people. What concerns us is the community’s lack of knowledge of this type of industry operating so close to their domiciles.
Our community relations strategy started long before we began construction. Critical to our community engagement strategy has been and continues to be information sharing. At our town hall meetings, which we have every quarter, the same questions are asked: “If there is an event at the CGCL plant, how is this going to affect us and what are we to do as a community? What is CGCL’s plan to deal with such an emergency?”
We have never had those plants in La Brea and we have never had an event. This is a geologically dynamic area. What if an emergency happens at our plant and the community is affected by it? Our focus right now is developing that emergency response strategy, communicating that to the community so they understand their role and working with our landlord on a community-wide drill procedure and, where necessary, an evacuation procedure.
We are confident we can coexist safely with the community with an operational methanol plant. The main focus of our community engagement is to assure the public of the safety of our plant operations, and to ensure the community is adequately informed and understands that the technology being used is part of best practices internationally.

What will CGCL concentrate on after the complex enters commercial operation?
Our focus is on the safety of our operations and our commitment to customers to sustainably supply them without any issues.
Also, our property area is 50 hectares [500,000 square metres], and half of that area is used for the plant. We still have a huge, unused area, so in the next five to 10 years, we will have to consider other options for the development of the other half of the land.

For more information on DME and petrochemicals projects in Trinidad and Tobago, see our business intelligence platform, TOGYiN.
TOGYiN features profiles on companies and institutions active in Trinidad and Tobago’s oil and gas industry, and provides access to all our coverage and content, including our interviews with key players and industry leaders.
TOGY’s teams enjoy unparalleled boardroom access in 35 markets worldwide. TOGYiN members benefit from full access to that network, where they can directly connect with thousands of their peers.