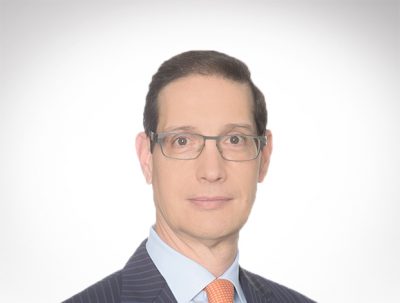 Ensuring that investment continues to flow to the sector should be priority number one.

What ANH initiatives would help increase dynamism in the oil and gas industry in 2019?
It seems to be quite clear for the new Colombian government that the oil and gas sector is of paramount importance for the country’s future and wellbeing. The ANH, as the managing entity for the industry, has an important role in ensuring a competitive operational and regulatory framework for the sector.
The initiatives we have heard by Mr. Morelli, head of the ANH, make a lot of sense. These include easing the entry requirements for the qualification of investors and operators; streamlining approval procedures for the assignment of areas; the possibility of the transfer of investment commitments, not only among exploration blocks, but also towards blocks in production; organising and implementing the permanent bidding process, etc.
Ensuring that investment continues to flow to the sector should be priority number one.

What is the status of the permanent bidding process (PBP) and what could be expected from it?
The PBP left in place at the last minute by the last government had some flaws, and several companies made bids under several different assumptions and conditions. This led to confusion. The ANH suspended the process, but they plan to reopen it as soon as possible. Also, they will present the map of areas, which will make it easier for players to get more involved in exploration activities.
The bid round that got cancelled in 2018 should be made available via the permanent consultation process. In general, the country has adapted the award system for exploration areas to the nature and circumstances of such areas. At this stage, most areas available for exploration are greenfield areas and the latest onshore discoveries have not been quite material. This combination of prospective small- to medium-sized fields and greenfield opportunities will not support traditional bid rounds and will mainly attract smaller companies. The government has to adapt its qualification requirements and award process to this reality.
We have seen rapid progress on the revamping of the PBP by the ANH. The map of areas is already in place, and the terms of reference, model E&P contract and other documents have been published for comments. Barring extraordinary circumstances, it should be operational within Q1 2109.

What obstacles should be tackled to give the offshore sector a chance in the mid to long term?
Offshore has the advantage that there are no communities to deal with, but there is a need for new regulations and incentives, because offshore is more expensive and riskier. Offshore may save the day by replacing reserves in the mid to long term, but in order to maintain the current level of production, we will now need to incentivise the exploration and development of unconventional resources and mature fields.

To what extent is Ecopetrol expected to increase its E&P activity?
Ecopetrol increased its revenues in 2018, and hence, it can afford a large exploratory budget for 2019. It should focus on Colombia more than any other country.
Indeed, the company has lots of properties in Colombia with good prospectivity. Of course, this will depend on local conditions. If community, permitting and tax conditions are not ideal, even Ecopetrol will look somewhere else to invest. At the end of the day, it is a commercial company and it will deploy capital where it can better yield results.

What impact will the new tax law have on the sector?
The general taxation system in Colombia is one of the heaviest in Latin America. The government got used to fat revenues in times of expensive oil and it has struggled to get leaner in times of lower revenues. The economic commitments arising from the peace process don’t help either.
The latest tax reform aims to incentivise companies to invest while seeking additional revenue streams from the average citizen. It is a politically tough call in the short term, but it makes sense, since in the longer run an increase in economic activity will increase tax revenues. The oil and gas sector could use some incentives such as tax credits for new investment, but we need to understand the economic situation of the country to ensure a minimum fiscal income at this time.

How do you view the issue of hydraulic fracturing in Colombia and the need for legal education on the matter?
I don’t see a consensus. I see a lot of misinformation and political agendas driving the debate. Ideally, there would be substantial technical dialogue about the subject. However, the anti-fracking movement is locally and internationally supported and funded by groups that are not interested in having a scientific discussion and that sometimes have an underlying political agenda, which makes conversation very difficult. When the conversation starts with a hard no, it is difficult to reach a consensus or to even make any reasonable progress.
On the other hand, we have seen some judicial activism, even at high levels of the judiciary, which does not contribute to solving the issue. For example, a high court recently suspended the application of some administrative regulations on fracking issued by the government, citing that such techniques may not be safe and based on an old and non-scientific report by the Contraloria [Comptroller General of the Republic of Colombia] that was more like and op-ed.
The educational process about unconventionals, as well as defeating prejudiced and uninformed opinions and attitudes about them, is a complicated matter. It will not be easy, but the government and the industry cannot falter in this process. Much is at stake for Colombia
I believe government initiatives like the pilot plan for fracking and the organisation of an expert committee to make recommendations on the matter are good steps towards bringing credibility and scientific grounds to the discussion. I think the government has to make a good faith effort to gather all sides and arguments, and then make a decision that takes into consideration all useful input. If the decision is to allow fracking, the government should firmly act on it.

What movement do we see in Congress with regards to blocking oil and gas projects?
There are a few issues with different degrees of political difficulty. On one hand, there’s the need to modify the royalties bill. One of the main problems of the industry, namely recent community and local political opposition to the industry, is the reduced income that local municipalities are getting from those royalties as a result of the amendment to the royalties law of some years ago.
A new amendment to the law is necessary to ensure that most of the royalties are directed to municipalities and communities where oil and gas projects are located. This won’t be easy, as the mining and oil departments are less and less populated and have smaller representation in Congress than those not related to the industry. This will make difficult the gathering of the majorities required to pass such reforms.
On the other hand, the previous consultation bill needs to advance to provide legal security to investors, getting clarity on the procedures, deadlines and such. Currently, the Ministry of Interior certifies the communities, but on a non-binding basis. This means that the community can suspend the project in three years, and this is unacceptable.
The participation of communities in the permitting of projects in their areas is indispensable, but it must be in good faith, in a timely manner and not used as a means for extortion.

How do you see regional demand in the legal sector for 2019?
We have a Latin American oil and gas practice, so demand for our services moves from country to country. In 2019, we see Ecuador as a pretty busy place. We have participated in the last service contract rounds with our clients, having been awarded most of the contracts. We are now working on the Intracampos E&P round, where most companies active in Colombia are participating.
We also see Peru with increasing demand, which will depend on higher oil prices and some internal political factors.
Finally, we are very excited about Venezuela. When things change there and with our new office in Caracas, the demand for oil- and gas-related legal work there will be limitless. We are already working with clients positioning themselves there.
Guyana will be a bigger source of work, especially from service companies.
In Colombia, if prices don’t sink and the government keeps adequate policies and attitudes towards the industry – especially making room for smaller operators to enter the market – then demand for legal services may grow in 2019, but not dramatically. It will mainly be in M&A [mergers and acquisitions], financing and regulatory work.

For more information on Statoil in Angola, including the company’s 200,000-barrels-per-day production in the country, see our business intelligence platform, TOGYiN.
TOGYiN features profiles on companies and institutions active in Angola’s oil and gas industry, and provides access to all our coverage and content, including our interviews with key players and industry leaders.
TOGY’s teams enjoy unparalleled boardroom access in 35 markets worldwide. TOGYiN members benefit from full access to that network, where they can directly connect with thousands of their peers.