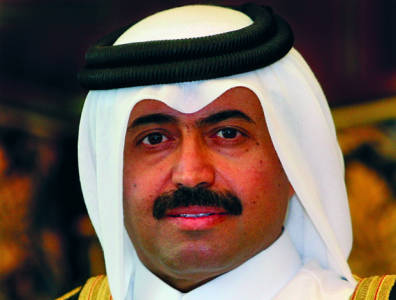 QP is trying to find a way to challenge industry players and stakeholders in the energy sector to aspire for higher quality standards.

Even with the moratorium on the North Field still in effect, Qatar is still the largest LNG supplier in the world, shipping 77 million tonnes per year since 2010 from reserves of 25.1 tcm (885.1 tcf). Large downstream plants are under construction, brownfield modifications are being made upstream and infrastructure investments are supporting industrial growth.

Qatar’s agenda for economic diversification and sustainability, in line with its National Vision 2030, has spurred downstream investment worth more than $13 billion since 2013. Minister of Energy and Industry and chairman of the state-owned energy company Qatar Petroleum (QP) Mohamed bin Saleh Al Sada has been instrumental in this development.

The strategy “aims to make better use of the country’s oil resources and strengthen the position of the country as a reliable energy supplier,” Al Sada said.

QP announced plans in May of 2014 to invest almost $11 billion to redevelop the Bul Hanine offshore oilfield by drilling 150 wells by 2028 to double production from the current 45,000 barrels of oil per day. The project is “part of a development and production strategy based on maximum recovery of reserves through the longest possible plateau of sustainable production levels,” said Al Sada. Bul Hanine is in addition to the development of the Barzan Gas Project, which is set to bring 48.1 mcm (1.7 bcf) of gas per day online through two LNG trains by 2015. The onshore Dukhan oilfield is also currently under study and may soon to be brought to tender for development.

EXPOSE THE VALUE CHAIN: Upstream gas developments are constrained by the moratorium on the North Field, which has been in place since 2005. Meanwhile, downstream investments are reaching final investment decisions, including for the proposed Al Karaana and the Al Sejeel petrochemicals complexes, both located in Ras Laffan.

”The downstream industry is primed for expansion in alignment with the Qatar National Vision of a diversified and competitive economy,” Al Sada said.

The production of chemical products is slated to increase from 10 million tonnes per year in 2013 to 23 million tonnes by 2020. To co-ordinate this production and consolidate distribution and marketing operations, Emiri Decree 11 in 2013 established Muntajat to ship and sell to more than 40 countries.

FEED GROWTH: The increasing industrial development in Qatar needs a sufficient supply of water and electricity. Construction and development works worth close to QR50 billion ($13.7 billion) were either carried out in the past five years or are in progress. Another QR30 billion ($8.24 billion) of contracts will be awarded in the next three to four years in the utilities sector.

The Qatar General Electricity and Water Corporation (known as Kahramaa) has begun to implement phase 11 of a power transmission system expansion plan, with a consortium of international and local entities. The first stage of this upgrade will include commissioning 32 substations, laying out almost 950 kilometres of cables and dismantling more than 40 kilometres of overhead lines.

Despite Qatar’s extra electricity generation capacity, demand is catching up and a new independent water and power plant up for tender, Facility D, will have capacity of 2 GW and more than 340 million litres of desalinated water per day.

To raise awareness of carbon footprints, not only for domestic users, but also oil and gas companies, the QP health, safety and environment department is rolling out a scheme known as Sustainable Development Industry Reporting across the energy industry. The scheme holds energy companies accountable for accurately reporting their emissions, environmental initiatives and safety records.

“QP is trying to find a way to challenge industry players and stakeholders in the energy sector to aspire for higher quality standards in safety and protection of the environment,” said Al Sada.

These efforts are geared towards the adoption of international standards, such as the Global Reporting Initiative and the International Petroleum Industry Environmental Conservation Association. They demonstrate Qatar’s progress towards becoming a globally recognised centre for industrial activity.