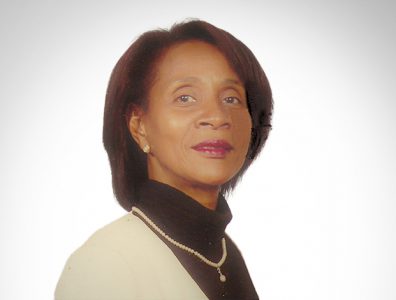 Access to data plays an important role in a company’s ability to manage risks.

Geological consulting in Trinidad and Guyana

How would you assess the state of Trinidad and Tobago and Guyana’s geological consulting sector?
The Caribbean market has not evolved for small service companies. Kronus still bids for work with the smaller companies operating in Trinidad and Tobago, such as Columbus Energy, EOG Resources and Heritage. However, our clients do not have the money, with the possible exception of EOG Resources, needed to do many things and are struggling and expect to receive services almost at cost.
Additionally, a lot of foreign firms are establishing one-man human resource services in the country. They then offer their services to the larger operating companies in the local market at a very competitive price because they can easily balance their worldwide portfolio.
However, this knocks out a lot of local firms. Large companies are going for these international firms because they offer a basket of services. They have contacts in places like England and the US, so companies don’t need to look overseas, as in outside of those countries, for these services.
While Guyana has very tight local content policy laws, they do not have the in-country expertise to service the petroleum industry. Unfortunately, the government and the operating companies seem to prefer extra-regional companies. Therefore, if you are from the Caribbean, the chance of being shortlisted for upstream advisory services are slim to none.
Most of the expertise in Guyana’s energy industry can come out of Trinidad and Tobago. However, the Guyanese people perceive that Trinidad and Tobago has historically treated them poorly. Now that they have a world-class resource, there is a reversal of roles resulting in the inevitable friction. There is work in Guyana, but they make it difficult for regional companies.
Kronus will be registering a subsidiary company in Guyana because it is required to work there. The company has a partner who is Guyanese with whom we have been working for a long time.

What new opportunities are there in Trinidad and Tobago’s upstream sector?
Four bids were received in the deepwater bid round which closed in June 2022, all from the one consortium of BP and Shell. We are currently awaiting the results from the round, in which 17 blocks were offered.
The issue at hand here is how we persuade companies that Trinidad and Tobago’s deepwater is prospective for hydrocarbons. Is it a lack of in-depth information together with a fiscal system which is not clearly understood? Trinidad and Tobago utilises a production-sharing arrangement in which the minister/government pays the taxes on behalf of the operating company. When a company bids, if the block is attractive and competitive, the bid contains an element of royalty in the profit share. A number is never expressly stated and Trinidad can learn from what happened in Brazil when because of large sub-salt finds there the fiscal terms were revised, the industry suffered as a result.
BP and Shell also took part in the preceding bid round, which was for shallow-water plays. They have a decided advantage because they have most of the production facilities, and all the data in the areas that were offered. Since no agreements were signed for the shallow-water bid round, we have to assume that the bids were not acceptable.
These blocks will again be offered but one has to ask what will be different. The minister of finance announced some fiscal incentives, but we are tinkering with a system which needs a massive overhaul.
While gas is being touted as the transition fuel, and I believe that Trinidad and Tobago needs to focus its exploration efforts there, installing new facilities to produce this commodity will be expensive and counterproductive. The country will attract no new entrants and the incumbents, knowing their advantage will likely submit sub-optimal bids, taking advantage of what they perceive as the country’s desperation for what is considered a critical resource. I believe there may be some good opportunities in this space but we need to have the “cojones” to address the issues in depth.
There is also the onshore bid round, which opened in July 2022, which has seen some interest from smaller companies looking for land acreage. There are many small contractors. If the land bid round is successful, there will be an uptick in required work quite quickly because it will be easy to move towards production.
Access to data plays an important role in a company’s ability to manage risks. It must be relevant and offered in a timely manner. This is an area of interest and focus for Kronus and as a former director in the Ministry of Energy I recognise the country’s weakness in this area. Therefore, at the Geological Society Conference in July this year, I did a paper on the governance issues Trinidad and Tobago needs to address and recommended solutions. I also assisted in organising a session at which physical data management solutions were addressed. I am encouraging our company to focus on this because as a country and a region we do need to adopt 21st-century data solutions.

What work does the company do outside of the oil and gas sector?
If you stick to oil and gas, you are only addressing the medium term. Oil and gas will be
phased out eventually and one needs to grow in new directions if one wants to remain relevant.
We are therefore entering the market for renewables. In Barbados, there was a company hoping to build solar farms, and there was a need for a geological firm to engage in geotechnical studies of the areas where these farms were to be installed.
There is work available in the Caribbean as these countries focus on geothermal energy and water, which also require drilling services.