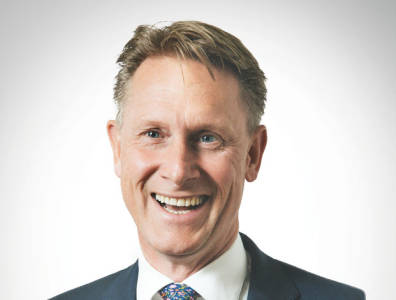 We are in close contact with the government and Petrotrin to see if there are other fields similar to Goudron that we can use our technology on.

Leo Koot, executive chairman of Columbus Energy Resources, talks to TOGY about plans for the Goudron field and South West Peninsula assets, recent changes the company has undergone and how it will continue improving and growing its operations. E&P company Columbus has been present in Trinidad and Tobago since 2011.

• On company strategy: “We changed our strategy and moved away from drilling cheap vertical wells as a way to increase production levels. These wells were not producing enough oil to justify the expenditure. With new leadership in the company, we are focusing on creating a cash-positive business by taking our costs and increasing our performance in the field, not by drilling.”

• On the tax regime: “Industry and government have been in discussions in an attempt to revise the SPT structure, unfortunately, without a positive result to date. The present system gets in the way of growing businesses in Trinidad and reduces critical investments necessary to achieve the government’s ambitious goals.”

Most TOGY interviews are published exclusively on our business intelligence platform, TOGYiN, but you can find the full interview with Leo Koot below.

How does Columbus view Trinidad and Tobago’s Supplemental Petroleum Tax (SPT)?
When oil prices rise above USD 49.90 per barrel, SPT becomes payable. If you do sums, the SPT is like a cliff edge. It kicks in at USD 50 per barrel and you start paying 18% extra in tax. Only when oil prices get beyond USD 60 per barrel do oil companies start benefiting from the increased oil prices.
Industry and government have been in discussions in an attempt to revise the SPT structure, unfortunately, without a positive result to date. The present system gets in the way of growing businesses in Trinidad and reduces critical investments necessary to achieve the government’s ambitious goals. This tax destroys value, especially when the oil price hovers around the USD 50-60 per barrel “death zone,” where business’ after-tax revenue goes down.
Collectively, we need to come up with a different mechanism that gives government and industry a share of the revenue increase that allows businesses to reinvest in country.
An equally important issue is that we would encourage faster decision making and action by the government in all areas. For example, we have been waiting a number of years for the grant of a private petroleum licence over two of our assets. We are waiting for a VAT refund, and yet, we are asked to pay our taxes on time.
This is not unique. It creates all sorts of issues around valuations of businesses for future transactions, purchases, sales, M&A deals etc. The markets stall if there is no certainty of action and it can result in a lack of available capital to invest in the country.

How is the development of the Goudron field going?
We are now producing around 500-600 bopd from Goudron. That extra production gives us free cashflow and, at the moment, we are choosing to invest that cash back into Goudron to further build production. By the end of 2018, we expect to be anywhere between 800 bopd and 1,400 bopd, depending on how successful our projects are.

Are EOR techniques such as carbon dioxide injection being considered for Goudron and other mature fields in the country?
No, our crude has a lower viscosity than a glass of water and it is of very high quality; it is effectively condensate. Our APIs are 35-55 degrees. You could run your diesel car on Goudron crude without treating it.
I do not believe CO2 injection is an obvious solution for Trinidad. The reservoirs are often semi-isolated sand lenses further compartmentalised by natural fractures. Furthermore, the state of the existing infrastructure and wells is insufficient to inject a highly corrosive gas, so chances are that CO2 will be released uncontrolled in the environment. The cost for new sour-grade infrastructure and wells will be prohibitive.

Where else do you see attractive E&P opportunities in Trinidad and Tobago?
We will move from just investing in Goudron to investing in the South West Peninsula, where we expect to close two main deals in Q3 2018, one of which is the renegotiated Beach Oilfield Limited transaction.
In the other deal, we are taking over the remaining 50% of the Icacos fields from Primera/Touchstone. We have announced both deals and we are hoping to complete both in Q3 2018. With these deals done, we will have access to the entire South West Peninsula. The area sits right on top of the Eastern Venezuela Basin, 7 kilometres away from Venezuela.
We have good seismic, geodetic gravity and geochemistry data. We can see mud diapirs, which are effectively clay squeezed from deep down to the surface, like a volcano. That effectively creates a natural trap for oil in the reservoirs, so there is evidence of oil in the region. We know there is reservoir-quality rock and we have a trapping system to support our confidence in finding new oil accumulations.
We have already identified around a dozen prospects of material size. The range we are talking about now is 20 million-400 million barrels of oil in place, for each prospect. With the free cash from Goudron, Bonasse and Icacos, we will start drilling shallow targets first. Then, as we become more successful, we will explore deeper.
There are two existing oilfields in the South West Peninsula: Icacos and Bonasse. The latter is producing only about 5-10 bopd. We built Goudron up from 30 bopd to 600 bopd, so we believe we can materially improve production from Bonasse, maybe to about 100 bopd.

Are your Goudron and South West Peninsula assets under the same type of contract?
Goudron is an IPSC [incremental production service contract], which is an agreement with Petrotrin. We are effectively providing a service to manage the field and to build more production.
The South West Peninsula is ours through private petroleum leases. We have contracts with the landowners and will have private petroleum leases from the ministry, so we are only subject to the corporate tax and royalties to the landowners. Moreover, we are paid in US dollars, which helps with the forex challenge in Trinidad.

What next steps will Columbus take towards operational improvement?
We changed our strategy and moved away from drilling cheap vertical wells as a way to increase production levels. These wells were not producing enough oil to justify the expenditure. With new leadership in the company, we are focusing on creating a cash-positive business by taking our costs and increasing our performance in the field, not by drilling. We are doing things more efficiently, focusing on details and making sure that everything is optimised.
The second step is to refine and optimise our well treatments through a general cleanup of the well bore.
The third step involves longer-term actions. The Goudron field has been producing for 50 years, with nearly 5 million barrels of oil extracted, and all the energy has been drained from the reservoir. To boost production, we are restoring that energy by adding pressure through water injection.
The biggest challenge we have is getting the organisation used to change. Before, a very small team ran the company, doing a very good job and getting a little bit of production at a very low cost. We had to move away from that family structure to turn into a structured operating company with proper reporting structures, and with the right skillsets and safety and performance expectations.

What is the company doing to expand its presence and ensure growth?
We are a properly run company in line with international standards in Trinidad on land. We are very interested in picking up additional IPSCs, so we are in close contact with the government and Petrotrin to see if there are other fields similar to Goudron that we can use our technology on.
We also want to spread our wings beyond Trinidad. We are actively looking at Suriname and Colombia. We have operating knowledge and expertise on running land-based oil wells and stripper wells in a jungle-type environment. If you look at South America, especially Colombia and Suriname, it is all jungle and swamp with a lot of shallow wells. We are in conversations in Suriname and Colombia.
Our skills are very complementary to the subsurface environment in Venezuela, given the right political and economic environments. Eventually, we expect to be operating there as an independent to try and help that government do some efficient oilfield operations.
Financially, one of the first things we did when the new team came on board is build our reputation in the London market, and we got very strong investor interest. Schroders, one of the main institutional investors in London, became nearly 14% shareholders in the business. That created stability in our share price. People know and understand the strategy, and that if they get in now, there is an opportunity to grow and build with the company.

What is the company’s near-term strategy?
We have nearly doubled our production so far and we have already doubled our share price with a market cap of somewhere between GBP 35 million and GBP 45 million.
Our strategy is getting our base production up at Goudron, Bonasse and Icacos, creating an exciting exploration portfolio to give us access to opportunities transforming the business and looking for value-creative M&A transactions. When you consider the scale of those exploration targets, Columbus can become a USD 500-million-plus company in the next three to five years.

For more information on Columbus Energy Resources in Trinidad and Tobago, see our business intelligence platform, TOGYiN.
TOGYiN features profiles on companies and institutions active in Trinidad and Tobago’s oil and gas industry, and provides access to all our coverage and content, including our interviews with key players and industry leaders.
TOGY’s teams enjoy unparalleled boardroom access in 35 markets worldwide. TOGYiN members benefit from full access to that network, where they can directly connect with thousands of their peers.