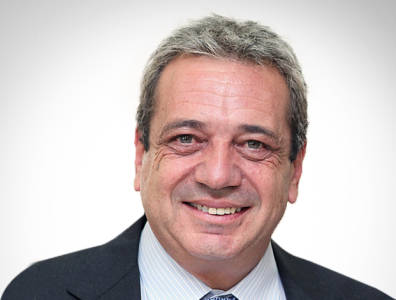 The strategies of the UAE and Total are aligned, which is why we are strategic partners with ADNOC.

In memoriam: an interview with Hatem Nuseibeh

It is with great sadness that we learned of the loss of Hatem Nuseibeh. Interviewing him for our Abu Dhabi editions was always a pleasure and the industry will be the poorer for the loss of this influential figure. In his memory, we are publishing the interview he gave us for our 2019 Abu Dhabi edition.

This interview is featured in The Energy Abu Dhabi 2019

The UAE and ADNOC want to increase gas production to attain self-sufficiency and become a net exporter. What is your role in these efforts?
Gas is the future. If you look at the UAE’s history, oil production has come from onshore and offshore concessions. Currently they have expansion plans in place for these oil plays, but these are the discovered fields. What has been lacking is the gas production. Under ADNOC’s strategy, they are going to increase gas production to achieve self-sufficiency and eventually become a net exporter. To do that, they have launched a number of parallel projects.
First, there are two huge gas caps in Abu Dhabi, one in Umm Shaif and one in Bab. These have not produced, so these plays constitute the first stage in conventional gas for Abu Dhabi.
The second part of the strategy is to develop sour gas, and to do that there are a number of projects, including Ghasha and Hail and Bab. So, the strategy involves the conventional gas, then the sour gas, and then the third part is the unconventional gas.
Total is helping in all three of these areas. We are the asset leader of Umm Shaif for the development of that gas cap. In sour gas, we are providing technical assistance for Bab sour gas. We were awarded 40% of the Ruwais Diyab concession for the development of tight reservoirs using our experience in the unconventional gas space.

What is the plan, as of now, for the Ruwais Diyab play?
We signed an agreement that includes a two-year exploration period followed by a four-year appreciation period, with the aim of making a development plan to reach 1 bcf [28.3 mcm] per day by 2028 or 2029. We took over operations for Ruwais Diyab on February 1, 2019. There are wells that have been fracked and we will be drilling more wells. The idea is to use the first two years to test the potential in one area
If potential in the area is confirmed, then we will do two things: explore in the other areas to see if there is potential and make a pilot project to ensure we will produce the quantities that are needed.

What viable EOR solutions have you assessed in Abu Dhabi?
In Abu Dhabi, a lot of the fields have been producing since the 1960s. We are reaching a stage where, in about 10 years’ time, we will start to put into place these EOR methods to be able to maintain production and maximise the reserves. We are lucky in that we operate the Abu Al Bukhoosh field. It’s a small offshore field which we have been operating since 1974 and on which we have been able to test many EOR methods.
The advantage is that, because this is a small field, we can test these methods at a low cost. The field is on the same block as Umm Shaif and has the same oil as the other big reservoirs, so our test runs will help in seeing what the best methodology for EOR is.
In considering what kind of EOR is best in Abu Dhabi, you should know that there are many fields with many rock types holding many different grades of oil. It is not homogeneous, so you will need to adapt the EOR methods to these different fields. In some parts, CO2 is a very good candidate, as long as it is economical.
We are taking part in this by doing some research projects, whether it is CO2 gas injection, hydrocarbon gas injection or chemical injection. For example, we did a successful pilot in the Abu Bukhoosh field which was the first chemical pilot in the carbonate reservoir where that worked, and we are seeing if we can adapt this to the bigger reservoirs in the country.
If we want to maximise production from these fields in about 10 years’ time, we have to start preparing for it now, but we mustn’t be simplistic about it. Because of the complexity of the different reservoirs, we need to know long beforehand what EOR methods will and won’t work on which formations.

How are you and the other IOCs responding to the new technologies for alternative energy?
Ten years ago, if you spoke about shale gas in relation to the energy business, people would have laughed you out of the room. Today, the US is among the biggest oil producers in the world. The scale of fracking has changed and the way the business is done has changed. When I was younger, gas was flared, and there were discussions about whether to capture the gas or continue to flare.
Now, we no longer flare because it is not economical to do so. All of these more environmentally friendly solutions are inevitable. It is not a question of whether or not they are economical; it is about making them economical, and as soon as possible. The oil companies are taking this seriously and take it into account in all of our investment decisions.

Are you integrating these alternative energies here?
Yes. We are partners here in Shams, which is the country’s first solar energy plant. We have opened a company here called Total Solar Middle East. It is under a US company called SunPower, which we own part of. They make the most advanced PV cells in the world and they are trying to do smaller-scale business with different industries here. Renewables are an integral part of our strategy.
Our objective is to have 20% of our energy come from renewables in 20 years. Part of my job is to push for this even in this country, and it just so happens to fit well with the UAE Vision 2030. The UAE is one of the most progressive countries in many areas. It has ministries of AI and of tolerance. It is advancing beyond many countries in the renewable energy space, which is why they have Masdar and why IRENA [the International Renewable Energy Agency] put its headquarters here. The strategies of the UAE and Total are aligned, which is why we are strategic partners with ADNOC.

As a shareholder in ADNOC LNG, how do you see its strategy going forward?
ADNOC LNG, firstly, has three trains and two of them are quite old. There was a big question of whether to refurbish them or close them down, and now, from what ADNOC says, they plan to refurbish them and continue operating LNG at its present capacity, for at least the next 24 years.
Secondly, the coming expiry of ADNOC’s contract with Tokyo Electric (JERA) in March [2019] has made ADNOC think about using ADNOC LNG to do more spot contracts for LNG rather than long-term contracts.
In approaching these contracts, you need to have a balance. The rise of spot contracts and flexible pricing points is what the market demanded. Therefore, we are putting an employee from Total in ADNOC LNG to help them set up their LNG policy, calibrating what the percentages of long-term and spot contracts should be respectively, helping to choose where to sell the gas, etc. LNG is definitely a part of ADNOC’s gas development strategy.

What kind of training does Total provide for Emiratis?
We have been involved in training Emiratis for a while, training them at two levels. We set up the Total academy to train engineers, technicians, mechanics and others. We have integrated our academy with ADNOC’s.
The second level of our training is the higher-level one. We have several young professionals whom we send to French universities. The idea is to not only get engineers for our company but to be part of the higher education for Emiratis overall in all sectors.
We also have a number of agreements with universities here under which we bring in professors from France to give lectures at local universities. The programme is called Total Professeur Associés (TPA). We have experts on unconventionals going to give lectures at universities and doing workshops with ADNOC. We are fully invested in educating Emiratis in all capacities.