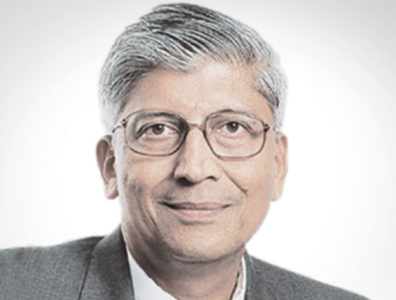 "The 2014 election provides hope that the energy industry’s past problems will be solved."

India is the fourth-largest energy consumer in the world and the growth of its GDP depends much on how well the country manages its energy industry. Oil and gas is one of the industries emphasised in Prime Minister Narendra Modi’s Make in India campaign, a series of policy reforms launched in September 2014 to attract investors.
Alongside this programme, the national government is revising the terms of the New Exploration Licensing Policy to include a revenue-sharing model for the 10th bidding round. The round is expected to occur sometime in 2015 and will award a minimum of 46 blocks.

BACK ON TRACK: The decline in crude oil prices since June 2014 has brought down petrol and diesel prices in India, which imports around three-quarters of its oil requirements. The price fall has also given the national government leeway to raise revenue through additional levies without stoking inflation.
Many opportunities will be offered to local and international EPC players through the national government’s programme to boost domestic production, expand energy infrastructure and widen the country’s downstream capacities. One of the first moves of the Modi-led government was to ensure the completion of delayed or shelved projects.
For example, in the upstream sector, state-owned operator Oil and Natural Gas Corporation is continuing with the phase three redevelopment of the offshore Mumbai High field. In the midstream and downstream sectors, expansion projects at most of India’s refineries will yield further opportunities for the EPC market.
The fertiliser EPC market will also see activity due to the Ministry of Chemicals and Fertilisers’ plans to boost domestic output and reduce India’s urea imports. At the end of 2014, four public sector undertakings – Coal India, GAIL, Rashtriya Chemicals and Fertilizers and the Fertilizer Corporation of India – signed two joint venture agreements to set up the Talcher complex in Odisha. Slated for completion in 2019, the $1.4-billion project will use coal gasification and gas purification to produce feedstock for an ammonia-urea and nitric acid-ammonium nitrate plant.
Another programme is the joint venture of state-run companies National Fertilizers, Engineers India and the Fertilizer Corporation of India for an $800-million revival of the Ramagundan plant, to produce 2,200 tonnes of ammonia and 3,850 tonnes of urea per day.

HURDLES TO OVERCOME: India is aiming for an annual regasified LNG import capacity of 32.5 million tonnes per year by 2017. Several LNG regasification terminals have been planned or begun development, which will generate significant demand from the EPC sector.
The power generation sector is presently suffering because of the shortage of feedstock, especially coal and gas, but opportunities exist for distribution and transmission projects. The national government has taken steps to address this problem through the auctioning of coal blocks.
It has also auctioned five 4-GW ultra-mega power projects in the plug-and-play model to help woo investments to the tune of about Rs1 trillion ($16 billion). The government’s approval of a price-pooling system for gas will also provide a jolt to India’s power and fertiliser industry.

INDUSTRY OUTLOOK: The May 2014 election gave India its first single-party rule since 1989. This provides hope that the energy industry’s past problems will be solved, such as long tendering processes and slowed decision making caused by a lethargic bureaucracy.
Providing the industry is made more efficient and transparent, and that energy infrastructure projects get going quickly, India’s EPC market will see strong growth over the next decade.

SUBSIDY REDUCTION: The Union Budget for fiscal year 2015/16 (April-March) estimated India’s subsidy bill at Rs2.43 trillion ($38.6 billion), some 9 percent less than the revised estimate of Rs2.66 trillion ($42.3 billion) for 2014/15.
The reduction has been aided in part by the fall in oil prices. The cut in subsidies, one of the main contributors to India’s fiscal deficit, is expected to help improve the country’s sovereign credit ratings and its financing position.
Besides the fall in international crude prices, a stable rupee and continued monthly price hikes for petrol and diesel could help contain the subsidy bill. Assuming a 50-percent share by the government for under-recoveries, the 2015/16 subsidy bill should require little revision. However, key risks remain, such as a sharp rise in oil prices and material weakening of the Indian rupee against the US dollar in the near term.