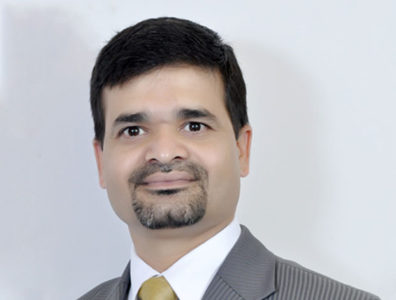 The whole value chain will need investments. The difference between the past and the future will be the availability of transportation infrastructure such as pipelines.

Infrastructure power: Why India’s government needs to invest in pipelines

PwC oil and gas leader Deepak Mahurkar discusses the Indian government’s approach towards developing gas infrastructure and markets, explaining the need to improve the transportation infrastructure. Creating infrastructure to distribute imported energy resources is demanding for governments and investors, especially in a country such as India, which is the fourth-largest energy consumer in the world.

Private investors and lenders are cautious and, unless reasonably confident, they are hesitant to fund pipelines, LNG terminals, storage tanks and other related infrastructure in India. This has slowed down the development of robust and efficient gas infrastructure in the country.

INVESTMENT OBSTACLES: Government entities and state-owned oil companies may take the initiative to create infrastructure before there is a need to distribute resources or before the commodity is available. For example, in China, the government created transportation and LNG regasification terminals before the commodity contracts were finalised.

In India, terminals, storage and pipelines have generally lagged behind commodity availability. In some cases, infrastructure was created just in time to accommodate supplies and commodities.

Exchequer situations, in which trade deficits lead to foreign exchange reserves depletion, sour exchange rates and cause fiscal deficits. The net subsidy investible surpluses of oil companies have not allowed aggressive investments in carrier and storage infrastructure. Investors are hesitant to build LNG regasification terminals on the east coast and invest in LNG contracts as well as exploration and production.

The initiative by the government of Jammu and Kashmir to create the 328-kilometre Bhatinda-Jammu-Srinagar gas pipeline from Gujarat to Jammu was an exception and a surprise to the industry as it was built before commodity availability. The pipeline was completed last summer, but will run under capacity for years and probably decades.

NEW DIRECTION: The new government, formed in May 2014, has approached the creation of gas infrastructure differently. In the first Union Budget, the government announced viability gap funding for gas pipelines, and also declared 15,000 kilometres of public-private-partnership (PPP) pipeline initiatives. Under the viability gap funding scheme, gas pipelines projects will receive additional financial support through capital grants at the construction stage.

Building an additional 15,000 kilometres of pipelines under the PPP scheme will boost private funding and participation as well as hasten the execution of these projects. The government has identified pipeline routes for investment, especially on the east coast where pipeline density is very low. Ostensibly, national oil companies will be the public investors and solicit private sector investments through competitive bidding processes.

The government is motivated to take the lead in attracting investments. To overcome the market risk, the government and investors will create gas markets that have so far not concretely emerged. Thus far, only a few power, petrochemicals, chemicals or fertiliser companies would have pursued pipeline connectivity to their proposed projects to ensure adequate connectivity to gas feed supplies.

In the future, if the PPP pipeline plans attract investors, new agents will push for industry expansion. Specialised industrial zones will be promoted. State governments will be invited to tap the opportunity of industrial development. The downstream equipment, manufacturing and production sector will be given impetus to expand. Over five to 10 years, pipeline and consumer industry investors will create large gas markets on pipeline routes.

FUTURE OUTLOOK: Commodity sources have yet to be determined. Likely sources will include global oil companies, traders, aggregators, Indian oil companies and end users. They will in turn seek regasification, and the whole value chain will need investments. The difference between the past and the future will be the availability of transportation infrastructure such as pipelines.

Investors are expecting further impetus to invest through the roll out of the Goods and Services Tax and infrastructure industry policy developments such as the creation of petroleum, chemicals and petrochemicals investment regions. The forthcoming Union Budget is an opportunity for the government to create that fertile investment ground.

Consumers are awaiting the complete shift from a commodity-first to a carrier-first policy. If India will become a $10-trillion economy within the next 20 years, then the security of energy supply is crucial. Natural gas is the fuel of the century, and if development continues as expected, India will likely join the club of high-growth gas markets.