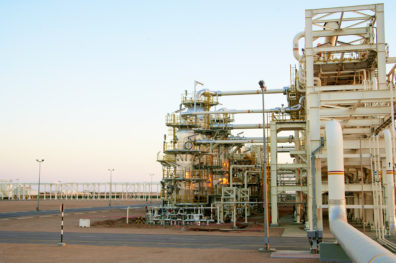 By joining forces, five Omani EPC companies have filled gaps in capacity and capabilities. They stand ready to compete.

Omani SMEs have been hit hard by the economic downturn and have had to become creative in how they approach the oil and gas industry to survive. So that they may be considered to bid for large-scale turnkey projects and make in-country value (ICV) initiatives work in their favour, five companies joined to form Oman EPC (OMEPC), offering EPC services across the hydrocarbons industry as a single experienced unit.

With more than 32,000 SMEs officially working in the Omani market and registration numbers falling as economic hardship leaves its mark, many small companies have barely made it through the oil and gas industry downturn.
A group of small engineering companies, procurement agencies and construction firms realised that filling the void of SME pitfalls, winning large PDO projects and facing down the double-edged sword of Omanisation would be difficult on their own. They joined forces to create OMEPC, a group that would provide a full range of EPC services across the energy value chain, better positioning its members to penetrate the IOC-dominated hydrocarbons industry.

“If you look at Liwa Plastics Project, Duqm Refinery, Salalah Methanol and its LPG plant, and so on, all of these projects are so big that it is not easy for an individual Omani company to take on a big chunk of USD 200-million in contract work by itself,” Sayyid Mohammed Ali Al Said, managing director of OMEPC member company VEC Oil & Gas Consultants, told TOGY.
“It has been slow, but now the market has realised that companies can add value to a main contractor dealing with projects worth more than USD 1 billion by joining forces rather than competing,” he said. “It is about survival.”

A VOID TO FILL: Although the government is working hard to address difficulties, with programmes such as the ICV initiative, there is no doubt SMEs in Oman are struggling to survive. Mohamed Al Mukhaini, another OMEPC director, told TOGY that there are currently two main gaps in the industry that SMEs must work to fill: entrepreneurship and direct challenges.
Challenges include a lack of sufficient resources, skills, opportunities, infrastructure and financial backing, as well as the spectre of competing with giants in the industry. This all affects the growth and productivity of SMEs.
“When these gaps are filled or reduced, the sector can reach its full potential. We see these gaps as a golden opportunity for our establishment,” Al Mukhaini said. “Joining together had proved that now we can take on any kind and size of work when there is a tender. No matter whether it is electrical, engineering, upstream, downstream – we can execute the project to the complete satisfaction of the client. The gaps we had in terms of expertise, infrastructure, finance and technical know-how have been plugged.”

FOCUS ON PDO: As the first true EPC group in Oman and with more than 40 years of combined experience under its belt, OMEPC has set its sights on PDO. After all, it was due to a series of encouraging discussions with PDO that the companies decided to join forces.
“We strongly believe that PDO is considered as the benchmark standard for the oil and gas sector in Oman and, if they approve OMEPC as a contractor, the rest of the leading players will open the doors for us,” Al Bassami said.
One hurdle OMEPC is hoping to surmount is PDO’s system of awarding a set percentage of work on major contracts to local companies. “The idea is great and has all good intentions,” Al Bassami said. However, “over time, many of us have observed that we are given small parts and leftovers of big projects,” he said.
SMEs have found that the differential treatment doesn’t help with the development of know-how typically gained from working on big projects, and trained staff aren’t getting the hands-on experience they need.
“We believe the best way to develop SMEs is for PDO to deal directly with them and consciously allot specific projects to them for execution,” Al Bassami said. Currently, the national company looks at local players as a second or third party, relying on a main contractor to allocate local content quotas.
As of mid-2018, OMEPC had already won a few projects from PDO, is in discussion on others and is about to kick-start a pipeline job.

OMANISATION HURDLE: As with PDO’s efforts to include SMEs in large contracts, Omanisation requirements loom large as a double-edged sword. The private sector has championed Omanisation, even taking local content up as part of corporate social responsibility initiatives. OMEPC itself established the Hire, Develop and Deploy programme to recruit and train graduates. But though newly trained hires are entering the workforce, there is a current lack of Omani personnel who possess the experience and skills the market demands.
Companies are then forced to rely on expatriates to cover the shortage, Al Bassami said. The government also has a fixed minimum wage for Omani nationals, no matter their experience, but expats are willing to work for a much lower price.
“In such cases, how many startups or growing SMEs can afford to employ an inexperienced local [while] paying a higher salary?” Al Bassami asked. “If our company were 100% Omanised, our financial sustainability would be at stake,” he said.
Nonetheless, OMEPC has achieved more than 50% Omanisation and Al Bassami believes 100% Omanisation is an achievable and desirable goal.

NO CONTEST: One unexpected result of OMEPC’s foundation is the realignment of its competitive angle. “We have joined with our competitors to become one entity, and suddenly competition has become irrelevant in a way,” VEC’s Al Said said. This has become OMEPC’s ultimate strategy. Since the group doesn’t qualify on the IOC level for certain jobs, it can complement international companies through its appeal as an ICV agent that operates across the energy value chain.
“Our aim is to solidify our presence in the market and become a true Omani national EPC contractor capable of providing services not only to the national market but to the international one as well,” Al Mukhaini said.

For more information on OMEPC, see our business intelligence platform, TOGYiN.
TOGYiN features profiles on companies and institutions active in Oman’s oil and gas industry, and provides access to all our coverage and content, including our interviews with key players and industry leaders.
TOGY’s teams enjoy unparalleled boardroom access in 35 markets worldwide. TOGYiN members benefit from full access to that network, where they can directly connect with thousands of their peers.