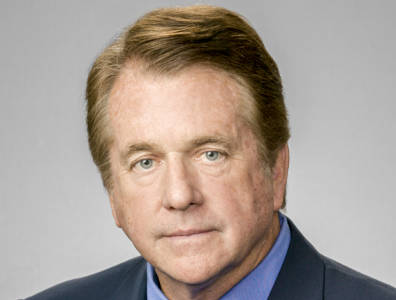 Shale wells decline quickly, but sometimes the economic equation still manages to work in your favour. It all falls back on the type of lease agreement.

US-based energy independent Halcón Resources chairman and CEO Floyd Wilson presents his view on the operating and investment guidelines that companies developing shale resources must observe if they are to sustainably manage their acreage. In 2014, Halcón Resources announced that 10 percent of its capital expenditure would be dedicated to the emerging Tuscaloosa Marine Shale play.

Operators in today’s shale plays are getting better at developing the resource. Costs are decreasing, efficiencies are being discovered and overall industry performance is higher than it was years before. But operators should remain cautious when entering new resource plays to ensure their investments remain practical.

Energy companies in the US have found so much natural gas that new firms should position themselves to exploit oil deposits. Halcón is doing that in the Eagle Ford, Bakken and Tuscaloosa Marine shale. The country’s oversupply of gas makes it less attractive than oil.

NOT SHORT TERM: Operators should not take any short-term leases. This is at the heart of what our industry faces at the moment. Operators find themselves drilling wells that exceed their technical ability to develop. We call this outrunning coverage. You need time to let production results guide future development activities or you run the risk of making mistakes. Short-term leases do not necessarily give an operator the resources needed to properly assess and develop acreage. Shale wells require large sums of capital, and therefore companies need to be diligent about where and how much they are willing to spend. We no longer get involved in short leaseholds that can cost as much as $20,000 per acre (4,046 square metres), which is something we sometimes did with Petrohawk. The payout capital is difficult, and the stock market does not like it. You have to raise equity and debt in the interest of maintaining the acreage and this could damage the financial standing of your company.

QUALITY VS QUANTITY: When looking for oil, we make sure that we start with one or two rigs as a first step to developing our acreage. We do three-to-five-year lease contracts and implement a long-term approach so that we can drill the best wells possible. By having longer-term leases, we can better execute our completions, drill in the best locations and maximise our initial flow rates.

The aim is not to drill the most wells. Shales all have high initial decline rates. After two years, they might produce 10 percent of what they started with. Sometimes the declines are even steeper. For a company that has obligations to its investors, there must be continuous production of new volumes all the time. So if a firm is drilling more of these high-decline wells, it has a monkey on its back. At some point, the operator is developing a large number of mature wells producing at a fraction of their initial flow rates. With each passing year, it becomes increasingly difficult to maintain positive production growth.

This difficulty becomes compounded when faced with the increasing need for capital to maintain these types of shale projects. Experience has shown that capital must increase over time and in relation to the decline of producing wells. But if a company focuses instead on just drilling the most opportune wells, the initial production peak could prove to be highly lucrative.

Shale wells decline quickly, but sometimes the economic equation still works in your favour. It all falls back on the type of lease agreement you have and how much time you have to develop your assets. Clearly, taking a longer-term lease allows you the time to take a more deliberate and applied approach to drilling shale wells.

ON THE UP: The oil and gas industry is never predictable, and there will always be some wells that never pay out. If you look for wells with 30-40-percent return, over the asset’s lifecycle a company might touch half of the return. This is still a wonderful rate of return. If you look at the top 20 shale producers in the US, they are all very good at planning and hitting return increases in equity value – if not dividends – to their shareholders. The industry has learned a lot as hydraulic fracturing expanded since 2008, which means operators are getting increasingly more advanced in how they develop shale assets.

As infrastructure develops along some of these shale plays, including the Permian Basin and the Eagle Ford, many of the issues facing the industry, such as insufficient pipeline infrastructure, will be solved over time. Despite some of the hard lessons our industry has had to learn while developing these resources, such as finding the best possible acreage positions and determining the best possible fracturing treatments, the future is still bright. The amount of drilling is set only to increase further.