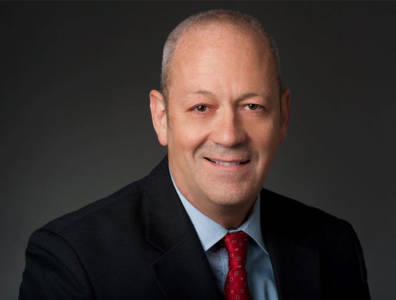 Petronas has ensured that both production-sharing contracts and risk service contracts continue to present attractive opportunities for a range of domestic and foreign upstream investors.

Malaysia matures: The changing face of hydrocarbons in South-East Asia

The composition of upstream oil and gas investors in Malaysia is evolving from the super-major oil companies, Shell and ExxonMobil being key among them, to a newer and more diverse mix. While the major international oil companies still have a large presence in the market, there is an increasing number of international independents, such as Talisman Energy, Murphy Oil, Roc Oil and Lundin Petroleum, and new special-purpose acquisition companies that have been formed to work in Malaysia, including Sona Petroleum, Cliq Energy and Reach Energy.

Petronas has ensured that both production-sharing contracts and risk service contracts continue to present attractive opportunities for a range of domestic and foreign upstream investors.

In Malaysia, like other maturing petroleum industries, as resource potential gradually recedes, there is a progressive shift in the types of companies that are interested in the work. Super-majors such as ExxonMobil, Chevron or Total produce millions of barrels of oil per day from global operations and, therefore, the fields they acquire are much larger than many of the offshore fields currently up for licensing in Malaysia.

In mature markets such as Malaysia, it becomes increasingly difficult for big companies to sustain high levels of production from new, conventional fields. ExxonMobil is engaging in large-scale enhanced oil recovery projects such as the Tapis field, and Shell is investing in deepwater developments such as the Gumusut-Kakap field. At other assets in Malaysia, smaller independents and special-purpose acquisition companies come into play.

SHRINK AND EXPAND: As in any maturing oil and gas market, the size of new fields being discovered eventually tends to decline. Production follows suit by plateauing and subsequently decreasing. The problem is that demand continues to increase, reaching a crossover of exporting and importing.

While Malaysia is still a net exporter, it has followed this trend for many years. This is similar to other countries in the region. Thailand has begun importing gas and is about to become a net importer of LNG. Indonesia and Vietnam are in the same situation, having recently become net importers of crude oil or being on the verge of doing so.

This maturation trend has a significant impact on a country’s energy balance. It forces governments and national oil companies (NOCs) to take a very long-term look at their overall energy mix for the future, which includes analysing vehicle fleets and assessing whether or not subsidies are sustainable. All these issues are under discussion not just in Malaysia, but across the entire Asia-Pacific region. Asia is at the centre of global energy demand, and the resources available regionally will not be able to keep pace with anticipated energy demand growth.

VALUE AT HOME: Petronas has increasingly become an international player, following a continued trend of NOCs pursuing projects overseas to help mitigate the impact of declining domestic resources. When Petronas first began working outside of Malaysia, it went everywhere. Today, with increasing capital expenditures and declining oil prices, Petronas is much more selective in the types of deals it pursues overseas.

An NOC partnered with a foreign company in a domestic field can gain value as a contractor along with a percentage of the production-sharing contract and, as a representative of the host government, royalties. However, an NOC in a partnership abroad does not receive royalties, as those funds go to the government of the country in which the operations are taking place.

The value Petronas can bring home from abroad is somewhat less than if they pursued similar projects at home. Going overseas and operating in many different countries also has contractual risks. These realities forced Petronas to both carefully evaluate its overseas investments and simultaneously to reinvest in domestic exploration activities.

Finding oil and gas domestically is not only important for energy security, but also creates much more value and is one of the key motivating factors behind the expanded domestic exploration programmes of NOCs. There is no doubt that Petronas would like to see a well-developed services sector here at home, especially in deep water, where local services firms can add value to work in Malaysia and the broader Asia-Pacific region.

For more news and features from Malaysia, click here