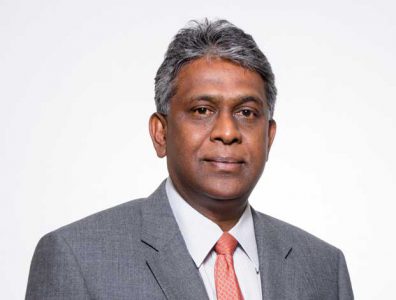 Future hydrocarbons consumption growth will be driven by India, China, Malaysia and ASEAN more than anywhere else in the world.

National ambition: The role of oil and gas in changing Malaysia

The Malaysian Investment Development Authority is a government body tasked with advancing Malaysia’s services and manufacturing industries. Deputy CEO N. Rajendran discusses the role of the oil and gas industry in the nation’s economic transformation and outlines Malaysia’s future potential for becoming the regional energy leader.

The Economic Transformation Programme (ETP) is meant to transform Malaysia from a middle-income nation to a high-income country by 2020. Many development plans in the past did not succeed in taking Malaysia to this point. Growth maintained the same rate, but Malaysia did not become much richer than its neighbours.

Countries such as Singapore, Japan and Korea were at the same level as Malaysia in the 1960s, but we became stuck in the middle-income trap. That is why the government launched the ETP in 2010, with a target of $444 billion in investment by 2020. This is how Malaysia’s economy will be transformed.

THE ROLE OF OIL: The government realised that with limited resources it would not be possible to develop every aspect of the economy. If we were to invest in developing 40 different industries, it would be likely that 20 of them would fail. With this in mind, the government selected 12 areas (11 industries and Greater Kuala Lumpur) that they felt needed to receive the most attention. As the hydrocarbons industry contributes more than 20 percent of Malaysia’s GDP, it was identified as a key national economic area.

Oil and gas have thus been at the centre of the government’s investment plans. In order to meet the goals of the ETP and transform Malaysia into the Asia-Pacific region’s oil and gas centre by 2017, the government has targeted a 5-percent rate of annual growth in hydrocarbons contribution to GDP between 2010 and 2020. This will require the industry’s contribution to increase to about $70 billion by 2020.

MIDA has been facilitating this expansion, approving 13 oil and gas projects with an estimated investment value of nearly $5 billion for the first seven months of 2014. This is a significant increase over the 2013 level of just over $2 billion.

TECHNOLOGY AND SERVICES: Oil and gas production is becoming more difficult. Conventional ways of extracting oil are becoming uncommon. You have to explore farther afield and drill deeper. The challenges presented by higher pressures and temperatures, unconventional hydrocarbons developments and brownfield projects have the potential to cause many complications.

Malaysia must have the latest exploration techniques to discover new reserves and enhanced oil recovery (EOR) technologies to increase production at existing fields. These technologies have to be developed through local manufacturing and by inviting foreign investors to come to Malaysia and collaborate with local companies.

Incentives in Malaysia’s oil and gas industry include the Petroleum Income Tax Act, which encourages deepwater and EOR projects through new tax incentives; the Refinery and Petrochemical Integrated Development, which will expand and diversify state-owned Petronas’ petrochemicals operations, and the Global Incentive For Trading, which will establish Malaysia as a base for global commodity trading firms.

Manufacturing has traditionally had a strong presence in Malaysia’s oil and gas industry. However, with the exception of strong domestic services firms such as SapuraKencana, Bumi Armada and Dialog Group, Malaysia has always sourced technology from abroad. We need larger numbers of companies and a more intense focus on advancing the level of technology available in Malaysia.

Malaysia has more than 3,500 companies in the hydrocarbons industry, yet we do not have a robust local services environment or a major contribution to the oil and gas technology sector globally. We need to step up the capacity of Malaysian companies to compete at the global level.

COMPETITIVE EDGE: Future hydrocarbons consumption growth will be driven by India, China, Malaysia and ASEAN more than anywhere else in the world. Despite Singapore being very strong in the regional hydrocarbons industry, we believe that Malaysia can take the lead. Not only does Malaysia have the area to accommodate an expanding industry but, also unlike Singapore, Malaysia also has oil and gas production.

There are a number of major projects and investors flourishing in the country today. In addition to Petronas’ $17.2-billion Refinery and Petrochemical Integrated Development project, GE Oil & Gas established their Monitoring Diagnostics Centre in Kuala Lumpur, overseeing 800 gas turbines and compressors in 27 countries, and Swedish independent Lundin Petroleum plans to invest $385 million in its Malaysian operations. These projects are just a few examples of the billions of dollars being invested in Malaysia’s oil and gas industry in both upstream and downstream projects.

Given our location and economic climate, Malaysia has the potential to offer a cost-competitive location for investors intent on establishing offshore operators and for the manufacture of advanced technological products for regional and international markets. In the years to come, I have no doubt that Malaysia will lead Asia’s oil and gas industry.