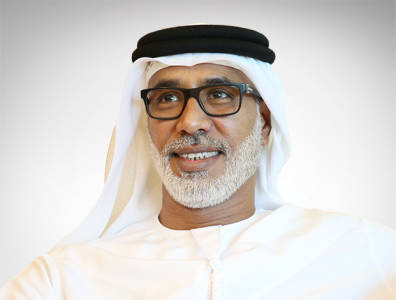 Salem Ashoor, the general manager and chief representative of BP UAE, talks to TOGY about the Adma-Opco and Zadco merger, the OPEC production cap, moving forward during the down-cycle and project management.

BP UAE is the regional presence of super-major BP. The company has been active in the UAE since the 1930s, with Abu Dhabi being an important hub for the super-major’s upstream business. In December 2016, Adco awarded BP a 10% stake in the company’s onshore concession, which includes the Bab, Bu Hasa, Shah and Asab fields, for USD 2.2 billion. The terms of the contract also stipulate that BP will become the asset manager for the concession’s Bab field. The concession period is 40 years. As part of the deal, the Abu Dhabi government took a 2% stake in BP.

• On the Adma-Opco and Zadco merger: “Having a single operator offshore is definitely the right course of action for the country, for the shareholders and for the market. It is building the resilience and modernisation of the oil and gas industry in Abu Dhabi. Bold moves such as this are required and bring value.”

• On the impact of the OPEC cuts: “Let’s not confuse capacity of production and actual exports. Our job is to produce. At the moment, there is an impact and we are taking the OPEC cuts seriously.”

• On investment during the downturn: “The brave and visionary people say that the tough times are when you adapt, get stronger and start running. That is what Abu Dhabi is trying to do through its great leadership.”

• On project execution: “In terms of long-term sustainability, it is about how you build capability in the country and making sure you execute in each country with the same quality or with improvements each time.”

Ashoor went in depth about the Adco deal in Abu Dhabi, the 70% recovery rate goal and the company’s investment plans. Most TOGY interviews are published exclusively on our business intelligence platform TOGYiN, but you can find an abridged version of the interview with Ashoor below.

What were the major developments for BP UAE in 2016?
2016 was a transformational year for BP in the Middle East. At the end of last year, we were delighted to sign the Adco deal between BP and ADNOC. It’s a strategic and value-added partnership for both companies – it makes the government of Abu Dhabi a significant 2% shareholder in BP in exchange for BP becoming a 10% shareholder in the major Adco concession. Further, it brings BP’s global scale, technology and know-how in support of helping Abu Dhabi meet its ambitious production targets.
In other parts of the Middle East, BP took significant steps forward. In Iraq, we continued to increase production at Rumaila, the second-largest oilfield in the world. In Oman, we made significant progress in the Khazzan project – the largest unconventional gas project in the Middle East. By the end of this year, we will achieve first gas at Khazzan and we will be producing 1 bcf (28.3 mcm) by the end of 2017 and a further .5 bcf [14.2 mcm] by 2020.
Taken together, all our various investments in the Middle East make BP one of the largest oil company investors in the region today – something we are very proud off.

How is BP approaching its investments in Abu Dhabi?
There are two fundamental contributions BP makes to the onshore concession. The first is the technical knowledge and global experience in managing giant mature fields to the benefit of Adco and Abu Dhabi. We are bringing this experience from around the world, including in Iraq, Kuwait and the United States. We are the best in class in terms of managing brownfields and giant fields.
The other contribution we bring to the table is our experience in managing the challenges of the current market environment. We have been ahead of others in restructuring our business, becoming more efficient and performance driven, and using modern technology to help develop oil and gas assets. We also take a very hands-on approach to developing our people as well as the people in our national oil company partners’ organisations.

What challenges do you face in implementing the latest technology on Abu Dhabi’s fields?
Time. Everybody wants things done yesterday, and we want it done yesterday too. Tailoring technology to each country is important, as each field and each environment is different.
You want to have the right analysis and fit-for-purpose technology based on needs and value. You also want to stay relevant today, which means being cost-effective and efficient. That has become really key.
Another challenge that we see across the world is not only about technology, but project execution – something that admittedly the oil and gas industry has historically struggled with. We have made big strides in improving our project execution capability in BP and are today developing more major projects around the world (on time and on budget) than at any previous time in BP’s history. We want to bring this experience to Abu Dhabi as well. In terms of long-term sustainability, it is about how you build capability in the country and making sure you execute in each country with the same quality or with improvements each time.

What are the challenges to achieving a 70% recovery rate and 3.5 million bopd?
The challenges lie around technology and innovation to maximise the recovery factor from the existing resources, and to develop more technically challenging opportunities. This includes the challenge of managing maturing assets and the need for smart and tailored technology to maintain the plateau production rate in giant fields such as enhanced oil recovery techniques and technologies.
A second challenge is the need for the right people and experience to execute these technologies efficiently. Another significant challenge facing the industry all around the world is the need for human capital and resources, the need to develop local talent, to build local research and development capacity and to transfer knowledge to partners.
Cost is a third challenge to achieve a 70% recovery factor and to meet the production target in a commercially viable way. For example, bringing our lifting costs down and doing more with less, as well as deploying commercially affordable technologies. We are also focused on modernisation, which is very much in line with ADNOC’s work. It’s good to keep that connection with Abu Dhabi and to bring a new perspective on how to take ADNOC to the next level of performance.
We have to learn how to do that in tough times. There are two schools of thought during tough times. One says that you stand still and not do anything. The other school – the brave and visionary people – say that the tough times are when you adapt, get stronger and start running. That is what Abu Dhabi is trying to do through its great leadership.

How does the merger of Adma-Opco and Zadco affect BP?
Having a single operator offshore is definitely the right course of action for the country, for the shareholders and for the market. It is building the resilience and modernisation of the oil and gas industry in Abu Dhabi. Bold moves such as this are required and bring value.

When it comes to market competition, did the November 2016 OPEC oil production freeze affect quotas for BP?
Let’s not confuse capacity of production and actual exports. Our job is to produce. At the moment, there is an impact and we are taking the OPEC cuts seriously. We are fully aligned with what Abu Dhabi is trying to do across its energy sector.

What is your business development strategy in Abu Dhabi and the region?
BP is the top international oil company investor in the Middle East and North Africa, according to a 2016 Wood Mackenzie report. BP is also managing over 5.5 million bopd in the Middle East with our oil company partners, and we are on a journey to producing more than 14.2 mcm (1.5 bcf) of gas per day in Oman.
BP has had a strategic partnership with Abu Dhabi for over 76 years. We are committed to playing a continued role in the offshore concession for the long term. Offshore development has a soft spot in our heart. We want to be part of that future – the future of modernisation and the future journey of ADNOC.

For more information on BP in Abu Dhabi and the Adco partnership, see our business intelligence platform, TOGYiN.
TOGYiN features profiles on companies and institutions active in Abu Dhabi’s oil and gas industry, and provides access to all our coverage and content, including our interviews with key players and industry leaders.
TOGY’s teams enjoy unparalleled boardroom access in 35 markets worldwide. TOGYiN members benefit from full access to that network, where they can directly connect with thousands of their peers.
Business intelligence and networking for executives: TOGYiN