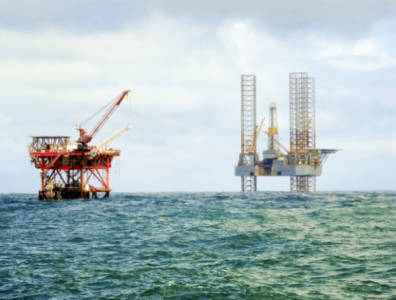 By 2017, independent Trinity Exploration & Production plans to monetise gas from blocks 1a and 1b in the Gulf of Paria.

In July 2014, Trinity confirmed that it would acquire an 80-percent operatorship holding from UK gas utility Centrica for the blocks, which contain four gas discoveries: Iguana, Zandolie East and Zandolie West on block 1a and Anole on block 1b. Together, aggregate gross 2C resources at the blocks total 7.59 bcm (268 bcf). With the acquisition of the blocks, Trinity’s 2P reserves and contingent resources totalled 87.7 million barrels of oil equivalent. The acquisition was valued at $23 million.

STEPS ALONG THE WAY: In January 2014, Trinity had made an opening $5-million drawdown of a $25-million loan facility from US-based Citibank’s Trinidadian entity. Then, on August 4, 2014, the company drew down the remaining balance of $20 million in order to fund the acquisition of blocks 1a and 1b, altogether drawing down the debt facility.

“Trinity’s portfolio has been enhanced with the acquisition of blocks 1a and 1b, which adds a high-quality greenfield gas development project in a developed gas market – current countrywide production [is] 113 mcm [4 bcf] per day – that is currently short on natural gas,” Joel M.C. Pemberton, CEO of the company said in its interim results, published in September 2014.

FURTHER INTEREST: Trinity holds a 65-percent interest the Galeota block, situated in the Columbus Basin off the southeast coast of Trinidad. On December 9, 2013, the company announced it had encountered 50 million-115 million barrels of oil in place at its TGAL-1 well, Trinidad and Tobago’s only oil discovery of that year.

A few weeks later, state-owned Petrotrin had agreed to convert its 35-percent working interest in the block’s Trintes field to an over-riding royalty, endowing Trinity with a 100-percent stake in the asset.

Trinity’s offshore interests also include the a 100-percent share in the Brighton Marine licence off the southwest coast of Trinidad and a 70-percent interest in the Pt. Ligoure/Guapo/Brighton Outer licence. Onshore, Trinity’s operations incorporate the Fyzabad-2, Guapo-1, Tabaquite, WD-2, WD-5/6, WD-13, WD 14 and WD-16 fields.

Outside of its operations in Trinidad and Tobago, the operator holds a 100-percent interest at the Pletmos Inshore block, situated off the southern coast of South Africa.