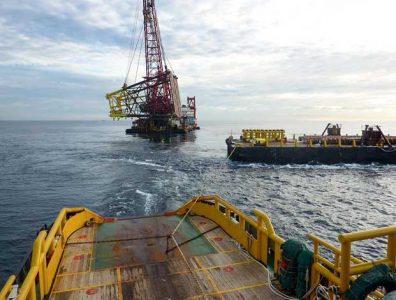 The decline in international oil prices has had repercussions for Malaysia’s offshore hydrocarbons fields, and now the nation’s marine services companies are feeling the effects. Steady construction on the back of a bullish market leading to the 2008 global financial downturn has resulted in oversupply, particularly for smaller vessels such as tugboats. And with work in short supply there is growing conflict between oil companies hemmed in by local content regulations and Malaysian marine suppliers seeking higher charter rates.

Operational support vehicles (OSVs) working in shallow water are considered by analysts to be more resilient in the face of the price slump. Nam Cheong, one of the country’s top builders of OSVs, has insisted that its 20-30 percent year-on-year growth rate can be maintained despite oil price fluctuations.

In late December 2014, private equity group Ekuinas issued a statement underlining their commitment to local OSV provider Icon Offshore, in which the group has a 42.3 percent stake. Citing the cyclical nature of the oil and gas industry, Ekuinas said it continued to see “significant long-term value“ in the company, despite a serious decline in the price of its shares, which in December was 60 percent lower than it was at the initial public offering.

Established companies working on longer-term contracts can be expected to weather the slump. Slowdown, where it occurs, is expected to come in the issuing of new contracts. The cuts are more likely to be felt in deeper waters and fields undergoing enhanced oil recovery. Demand for platform supply vessels and anchor-handling tug supply vessels is often tied to drilling and field development.

Even before the decline in oil prices took a dramatic turn, not all was well in the chartering market. In March 2014, national oil company Petronas had warned of falling charter rates for OSVs. The company announced that in one of its tenders charter rates had fallen to 15 percent below the international market rate. Nevertheless, the perception among many oil and gas companies in the country is that rates are still too high as a result of local content regulations in the marine sector.

On the other hand, some marine services companies have complained that there are insufficient protections for local businesses in the market. Speaking to reporters at an industry seminar in May 2014, Malaysia Offshore Support Vessels Owners Association president Jamal Yusuf said the national cabotage policy needed to be tightened and called upon the Malaysian Shipowners Association and the Transport Ministry to take action to secure the interests of local shipowners. He said 46 Malaysian-flagged OSVs were working outside of Malaysia because it was more profitable than the market in their own country.