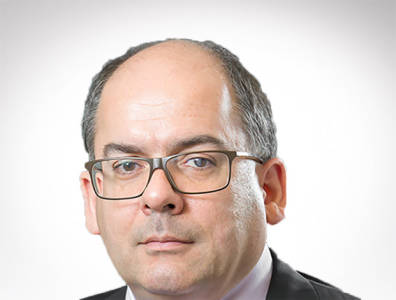 Nicolas Balesme, managing partner at Deloitte Gabon and regional leader for Deloitte in Central Africa, talks to TOGY about the drivers of development in Gabon, the new foreign exchange regulation and the impact it will have on international energy investors. The Deloitte global network has been represented by a local Gabonese firm in Libreville since 2001.


How competitive is the new hydrocarbons code adopted by Gabon in July 2019?
This new hydrocarbons code can be benchmarked at two levels. Compared to the previous hydrocarbons code adopted in 2014, clearly, there is a very positive evolution. Nonetheless, in the sub-regional environment, other countries are also proposing very competitive and attractive frameworks.
The exploration perspectives are going to be a key element to support the growth of the oil industry. For the past few years, not a lot of discoveries have been made in the country, in terms of volume of oil reserves. But we are never immune to a good surprise, especially in offshore areas. The results of the 12th bidding round in Gabon are going to be a very important signal to the market, as there are many other countries in the sub-region calling for O&G tenders.

What other incentives could Gabon offer to attract foreign investment?
Expanding the current training system could be a key competitive advantage to attract foreign companies. Foreign companies do not take only the fiscal and contractual requirements into account; the local content framework is very important for an operator. Training can represent significant additional costs for a company, especially if it has to be done abroad.
Concrete developments on local content have been made. The development of Gabon Oil Company [GOC] is one of the key levers of the state to support the development of an ecosystem of Gabonese entrepreneurs and subcontractors, whether in the upstream with GOC or in the downstream with Gabon Oil Marketing and other stakeholders. Moreover, the Gabonese Oil Institute in Port-Gentil trains local engineers. Operators also need middle management and technicians with specific expertise to conduct the operations on site. Further investment in local capacity development and skill-building will greatly support the endogenous development of the Gabonese industry.

How would you assess the growth potential of the Gabonese economy?
Let’s have a look at the main engines of the Gabonese economy. The growth of the oil industry is supported by the productive investments that have been made for very significant amounts since 2016-2017, mainly by Perenco (being the largest producer in Gabon for the past three years with a significant increase in production since 2016), Assala Energy and other significant players in Gabon.
This positive move for the past two years has been enhancing the overall growth rate of the economy because it is supporting the entire ecosystem of subcontractors, which have been resettling in Port-Gentil and restarting their activity since 2018.
The forestry sector is also growing. It had two good years in 2017 and 2018. Some important operators might have experienced some difficulties, but from a sectoral point of view, the activity is going up. The volumes of processed wood exported by Gabon since 2017 have increased sharply, and this is confirmed by port and Customs statistics.
The accounting and financial health of the operators has also improved. The ban on log exports in 2010 led to the industrialisation of the sector. It took roughly five or six years to implement this policy, which is normal because of the time needed for operators to invest, start production and actually export.
The third main engine of the Gabonese economy is the manganese mining sector. The activity of Comilog has been expanding quickly. Production volumes of manganese have increased significantly, and they are processing more than half of the output locally. They inaugurated a second transformation facility where they process ferromanganese in Moanda in 2016. They have implemented a USD 600-million investment programme for the past two years. Now it is in the full phase of investment and will be commissioned in 2020. According to the Comilog 2020 plan, they will double their production.
The manganese and wood industries represent together a range between 25% and 30% of GDP. Those two sectors are growing, and the oil industry is recovering. The IMF’s estimate of 3% growth for the Gabonese economy in 2019 seems realistic.

What are the objectives of the new foreign exchange regulation?
I will speak about Gabon, but since it is a CEMAC regulation, it is the same for the six countries in the region. The objective of this new regulation is mainly to keep currency in the country in order to strengthen and secure the CFA zone. It is to guarantee a stable balance of payments, with foreign exchange reserves at the Central Bank.
This will also increase the investment capacity of the banking system, through an increase of the reserves of credit institutions. Today the main problem of Gabonese banks is that they don’t have long-term resources, which limits their lending capacity to private operators and investors setting up or developing their activities in Gabon.

What are the key aspects of this new regulation?
The previous regulation of 2008 already required exporting companies to repatriate their foreign currency to the country. However, it allowed companies to keep their foreign currency abroad if they could prove they had commitments to pay within the regulatory timeframe for repatriation of their liquidities in foreign currency to the Gabonese banks and the Central Bank.
The new foreign exchange regulation that came out in December 2018 and entered into force in March 2019 for the CEMAC zone (with a compliance period of six months) has strengthened the financial system. Any operator registered in Gabon must have a bank account in Gabon and must pay all his suppliers resident in Gabon from his resident account. At the same time, all bank accounts domiciled abroad and opened in foreign currencies out of the CEMAC zone must be declared to the Central Bank and regional monetary authorities.

What are the consequences for oil companies?
Under this new regulation, oil operators are being forced to set up their oil revenues in the CFA zone. They might face some issues financing their projects. Oil companies go on the international market through their parent companies because of the amount of investment needed to finance their projects. They are not borrowing in Central African francs but in a foreign currency, in dollars. As long as their revenues are also in dollars, they are hedged.
With this new regulatory framework, raising funds will be more complicated for oil companies because they are not going to be able to back the repayment of their loan on revenues that are domiciled in an account in a foreign currency in London or Paris. Any funder, whether it is a bank, an investment fund or an international financial institution, will assess this kind of situation.

How can international oil companies operate under this regulation?
This issue has been discussed in Gabon since 2017 within the HCI [High Council for Investment], a public-private platform with investors and private operators. Companies mentioned that they understand why this regulation needs to be implemented, but they asked to be allowed to open foreign currency accounts at the Central Bank, especially for the oil and gas industry and the mining sector. The authorities are well aware of this issue, as it might be a deal breaker for a lot of operators and a lot of investors in relation to calls for tenders.
The former foreign exchange regulations stated that to open an account in a foreign currency, a company needed the agreement of the minister of economy and the authorisation of the Central Bank. This framework was in fact rarely used since operators domiciled their revenue abroad.
The new foreign exchange regulation compels companies (without any derogation provided in the terms of the December 2018 regulatory framework) to repatriate their revenues in the country. As such, the issue for O&G companies will be to get authorisation from the Central Bank to have an account in dollars domiciled in the CEMAC area, either through the Central Bank or retail bankers. They will have to justify their request with their historic establishment conventions and their financial commitments to foreign lenders.

What other regulation changes could impact the oil and gas industry in Gabon?
There is the whole issue of transfer pricing; this tax framework has been fully applicable in Gabon since 2017, with complementary requirements put in place by the finance acts of FY 2018 and 2019. Gabon has transposed the main part of the tax regulatory framework for transfer pricing that exists in Europe in its General Tax Code. The country is really aligned with the best practices applied in European countries. This new regulation is a good thing because it allows for a very structured technical approach. Before, a more empirical approach was applied during tax controls. There was a presumption of non-standard economic conditions.
Under this new regulation, companies must put together complete documentation. There is the local file, which must be filed with the Gabonese tax authorities by the operator in Gabon. There is also the master file that proves to the Gabonese tax authorities that the financial flows registered between a Gabonese subsidiary and its parent company are similar to those registered between the same parent company and other subsidiaries located abroad. This benchmark needs to be supported by extremely detailed supporting documents.