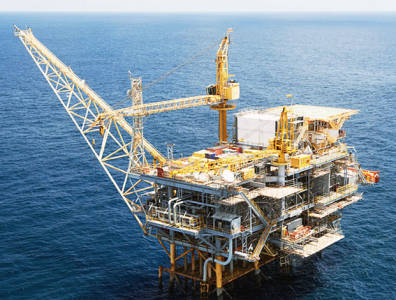 “Upstream activity will not eliminate the gas curtailment issue, but it will help,” Kevin Ramnarine, minister of energy and energy affairs, told TOGY.

In December 2014, UK company BG Group announced that its platform in Trinidad and Tobago’s Starfish field had delivered its first gas. Since then, production has been averaging 6.23 mcm (220 mcf) per day. This output will aid with the supply of natural gas to companies in the country until the start of commercial production of BP’s $2.1-billion Juniper project, with 16.7 mcm (590 mcf) per day expected to come on stream in 2017.

“Starfish shows our capability to deliver complex offshore projects,” Garvin Goddard, president of BG Group subsidiary BG Trinidad & Tobago, said in December 2014. BG Group, together with BP subsidiary BPTT, the largest natural gas producer in the country, already accounts for more than three-fourths of Trinidad and Tobago’s natural gas production, according to US research firm IHS Global Insight. The Starfish and Juniper projects will boost that figure in the next two to three years.

LOCATION, LOCATION: The Starfish gasfield is located in the East Coast Marine Area, where the Dolphin and Dolphin Deep fields lie nearby. The field was discovered in December 1998 when drilling in the Starfish-1X well located four promising gas-bearing zones. These tested at an initial rate of 2,793 barrels of oil equivalent per day. BG Group and Chevron began developing the field in the third quarter of 2012. The companies announced their joint approval of a plan for the project on October 24, 2012.

INFRASTRUCTURE: The development of the Starfish project was contracted to French engineering and construction company Technip in December 2012. The engineering, procurement, commissioning and installation contract involved several offshore and subsea installations, including four subsea wells. Technip deployed its Global 1200 heavy lift and pipelay vessel for the completion of the works at a water depth of 130 metres. Drilling in the Starfish field began in late 2013 with US company Diamond Offshore Drilling’s Ocean Lexington rig.

The Starfish project was tied back to the Dolphin platform by a 10-kilometre-long, 14-inch concrete-coated production subsea tieback. The Dolphin platform is connected via a subsea gas pipeline to the Beachfield terminal on the southeastern coast of Trinidad, from which gas is transported to the Atlantic LNG plant in Point Fortin. The offtake contract is held by the National Gas Company, which has a 10-percent and 11.1-percent stake in trains 1 and 4, respectively.

Despite BG Group not disclosing the volume of its gas reserves, the Starfish development project is expected to ease recurring gas curtailments for gas users in Trinidad & Tobago that can cut off up to 30 percent of the normal supply. “Upstream activity will not eliminate the gas curtailment issue, but it will help,” Kevin Ramnarine, minister of energy and energy affairs, told TOGY.

For more news and features from Trinidad & Tobago, click here