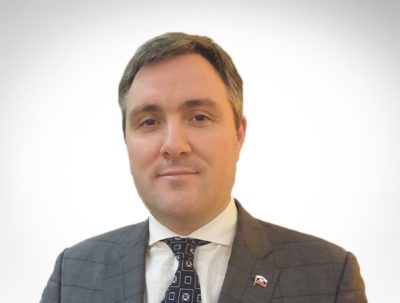 The main competitive advantage of Russian manufacturers is price.

How would you assess the sanctions’ impact on Russian oil and gas equipment manufacturers?
The sanctions are good for the development of the Russian manufacturing industry. They have definitely stimulated the development of the industry and of new technologies. The government has had to pay a lot more attention to what’s happening in this sector.
The Ministry of Industry and Trade has several mechanisms and financial instruments to support the development of manufacturers in Russia that were developed after the sanctions hit. Before the sanctions, there were not as many tools available and they were not as efficient.
We calculate on a yearly basis how much financial support is going from the government to the industry. We help companies to properly position themselves to be able to secure that government support, and also work the other way around – we help the government to structure its support so that the recipients can get it properly and so it will have the best effect on the market.

What kinds of support is the government offering to Russian manufacturers?
I would say that the most important one is a subsidy, more precisely a form of compensation for R&D expenses, based on the government act 1312. This compensates 50% of what a company has spent on a certain R&D project within the past year. We have very good examples of how companies went from near bankruptcy to success stories just by using one of those tools.

Could you give us an example of a success story that originated from this public support?
One of our member companies, basically a start-up, was manufacturing cementing units. They hired an American engineer to help them design an innovative pump for the Russian market. They started up the manufacturing and got their first orders.
Unfortunately, they were renting their facility. At that time, they didn’t have enough cashflow to buy it and with the cost of finance in Russia, it is very hard to secure a bank loan if you don’t already have an asset. They were facing eviction from the facility and couldn’t do anything to fight it, and they had already spent quite a lot of money on the R&D. As they were a member of our union, we advised them and suggested they apply for this government support mechanism, and it worked.

What is preventing greater use of such public support mechanisms by Russian companies?
The problem, which is derived from the Soviet Union, is the trust issue between the government and the manufacturers. We still have a lot of mistrust. They don’t believe that you can get anything from the government without having to deal with a lot of administrative issues afterwards. So a lot of companies are not willing to get involved with the government, even though the tools have evolved and they can be used without any further difficulty.
Take this same company, for instance. They applied and got financial support, and now they are growing. They are building their own facility.

What other tools can support the development of local manufacturers?
Another important tool was implemented to help Russian manufacturers compete on the entry point to the customer. If a company develops something new, the customers take a risk – especially in oil and gas – in using a solution that still has not proven its efficiency on the market. This tool compensates up to 50% of the costs incurred by the company while manufacturing the pilot version of its equipment.
This tool is specifically designed to support the market entry of new equipment and substituted equipment. That is helping a lot right now in regard to import substitution, to implement and spread Russian solutions within the industry.

What is the main mandate of the association?
The Oil & Gas Equipment Manufacturers’ Association was created in 1998 with the purpose of involving military companies and defence-related manufacturing companies in civil oil and gas projects. They gathered together and determined that they needed some form of union that could help them adapt their solution to the civil market. They established the association to help them organise and discuss issues with the government. Russia is a big country and many companies are very remotely located. It’s a struggle for them to always be present, in the centre of Moscow, where most of the government sits.

What are the main competitive advantages and challenges for Russian manufacturers?
The main competitive advantage of Russian manufacturers is price. In several areas, it is also the technical advancement and innovation. It’s not that we are the leader of innovation in the oil and gas industry, but some of the technologies that I know of and have heard of are breakthroughs.
The disadvantage is the lack of certification of Russian equipment and solutions, which dampens the rise of Russian exports. Hopefully, more companies will understand that they need to be certified in order to go overseas.

How would you assess the capacity of Russian manufacturers to finance their investments?
Russian manufacturers have to cope with high interest rates. If you go to the bank for finance, the interest rate can reach 20%. If we had the same cost of finance as China, we could probably beat the Chinese in terms of cost of production at this point in time. Indeed, their salaries and their cost of labour have gone up. We are pretty much on the same level, and we do have a lot of efficient manufacturing as well. But because of the cost of finance, Russian companies can’t invest enough.

Is there any solution available for Russian manufacturers to get better interest rates?
There is the Industry Development Fund, which has quite a few tools. If your project is approved by the fund, then it benefits from lower interest rates that the government has set. Still, it is sometimes a little bit complicated. A lot of people find it difficult to fill out the form and complain about a long process, but it is still worth it.

To what extent are digital solutions being implemented in Russia and is their development supported by public policies?
Digital solutions are one of the biggest trends right now. It is starting to go faster in Russia. There is the Skolkovo Innovation Center, a big start-up platform providing a lot of tools for companies to be able to get from the point of a start-up to the point of having mature technology. The Agency of Technological Development is also helping the holders of intellectual property to properly position themselves in the market by providing consulting services to evaluate and analyse the market trends.
Moreover, the government has launched a newly developed tool to support digitalisation in the manufacturing industry. The first round of applications has just been announced. It works exactly like the tool that provides compensation for R&D. It compensates the company for its investments in digitalisation of processes and automation.