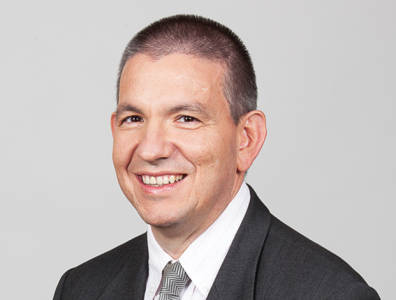 Colombia has important maritime experience in both the Pacific and the Atlantic oceans, but not so much in the hydrocarbons industry.

Colombia’s experience in the offshore sector is recent and has specific challenges regarding logistics, permits and regulations. Mariano Ferrari, managing director of Repsol Colombia, explains the importance of improving regulations, incentives and infrastructure to stoke the interest of operators in unexplored offshore basins. Spanish hydrocarbons company Repsol operates globally with a growing presence in Central America and the Caribbean.

The Colombian government is open to regulatory revisions that will bolster investment in offshore exploration. Companies operating in Colombia’s offshore sector in conjunction with the Colombian Oil Association and other government institutions are working together to fine-tune existing regulations. Some laws require adjustment as a result of the changing market environment and unique characteristics of offshore operations. The industry and the government are working together to make these amendments.

A TIME TO DRILL: Potential incentives and modifications must be aimed at drilling a large quantity of wells offshore. The offshore sector will be the growth area in Colombia, as long as enough hydrocarbons are discovered. Hydrocarbons are discovered through wells, so wells need to be drilled.
Today, only one offshore well is drilled each year. At this pace, exploring enough of offshore Colombia to confirm the presence or absence of hydrocarbons will take many decades. Any government initiative must prioritise drilling wells right away. Instead of one well, the goal should be to drill five or six wells each year.
This will allow Colombia’s hydrocarbons sector to have information rapidly available and begin implementing development plans. Even with these measures, once a discovery is made, five to six years will be needed to bring hydrocarbons to the surface, be it for commercial use in the domestic market or for export.

SUPPORT GROUP: Colombia has important maritime experience in both the Pacific and the Atlantic oceans, but not so much in the hydrocarbons industry. The limitations to be dealt with are not extremely concerning, as Colombian companies do have experience in logistics and maritime operations related to oil transport.
Currently, hydrocarbons activity in the Caribbean is carried out with minimal Colombian resources – the majority of companies putting forward capital are foreign ones. The Colombian companies that are betting on offshore and taking risks tend to be in the logistics sector.
Any significant discovery will demand infrastructure modernisation and co-operation between all actors in the offshore sector. For example, the Guajira area, which is undergoing exploration, needs infrastructure development, and this would provide a positive boost for exploration in the surrounding areas.

THUMBS UP: In comparison with the last five or seven years, more time is now required to carry out exploration activities, whether it is through the permits issued by the National Maritime Authority, also known as Dimar, which encompasses various ministries and institutions, or through the approval of environmental licences.
Nevertheless, in the last two years, the national government has recognised that the onshore and offshore environmental licensing process is affecting oil investment in Colombia and has taken steps to fix it. Processes are getting more efficient, but not necessarily more effective, since they continually make additional requirements that are not always needed and by the end add some extra time.
Although, the permits required for projects developed further than 22.2 kilometres offshore lack a solid regulatory framework and in most cases, include terms that are not necessarily adapted to the reality of the offshore sector.
Government institutions are sending the message that they are committed to achieving these improvements, but there is still a lot to be done. It is a matter of maintaining competitiveness in an industry in which long and unstable regulatory processes end up contributing to project costs.
In addition, some community consultations take an average of one year. These are processes that the industry places particular importance on, both in terms of complying with regulations and with internal policies that try to minimise the impacts that the hydrocarbons industry has on local communities.