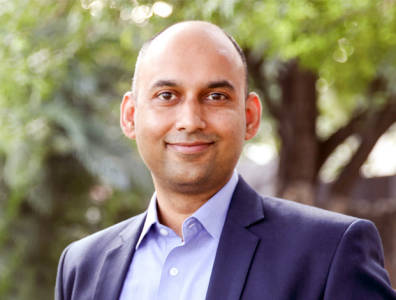 If the pace of reform is sustained and the correct policies are implemented along with tax reforms, faster decision making and more accountability standards in bureaucracy, India will have a very positive business climate.

The pace of reform: India’s growing appeal for energy investment

The 2014 Indian general elections renewed hope in the country’s business community that industry concerns would be properly addressed and that a sentiment of trust and confidence would quickly spread among the investment community. The deregulation of diesel in October 2014, the price increase of domestically produced natural gas to $5.71 per million British thermal unit and the price increase of turbine fuel by 7.5 percent shows that the new government is looking at the right things and is serious about addressing investor concerns. Further demonstrable actions are required to ensure stable, long-term investment and business opportunities in India.

POTENTIAL: While the industry has been negatively affected by the past five years of policy uncertainty and project delays, companies are trying to reposition themselves in the market and hire additional employees in anticipation of prospective energy and infrastructure projects such as pipelines, LNG terminals or the expansion of existing storage capacities.

The oil and gas industry is optimistic because India’s workforce is very well educated, aspirational and has a higher appetite for risk than other Asian countries. The workforce is much cheaper than in North American and European countries, which increases market attractiveness for international EPC companies. If the pace of reform is sustained and the correct policies are implemented along with tax reforms, faster decision making and more accountability standards in bureaucracy, India will have a very positive business climate.

CONNECT THE DOTS: Because India is the fourth-largest energy consumer in the world, ensuring its future energy security requires additional investments in infrastructure and energy, which will boost the domestic EPC market. There is a crucial and increasing need to adequately fund robust midstream infrastructure, including pipelines, storage and terminal facilities to ensure stable energy supplies to the population.

India has nearly 400 million people who do not have access to power. People are used to moving and storing products such as diesel or petrol in cans because rural villages do not have enough pipeline connectivity. The country has not sufficiently invested in the midstream industry and infrastructure. It still depends on trucks to carry fuel. Building a sustainable and efficient midstream infrastructure is one of the key areas where engineering and construction services will be required in the coming years.

The new government plan to add 15,000 kilometres of gas pipeline in the next five years is a positive step in that direction. To be built under the public-private partnership scheme, this project shall boost private funding and participation and hasten the execution of these projects. The government has identified pipeline routes for investments, especially in the east coast where pipeline density is very low.

POWER UP: Ensuring rural areas have access to energy, power and water will further drive the need for additional infrastructure. Power transmission networks need to be built between rural villages, where wires are still absent. Diesel and petrol are still the most common fuels used to generate power in villages, and these methods also need infrastructure and storage facilities to reach users. These energy needs will drive demand for additional pipeline and infrastructure construction in the future. India’s growth will be closely linked to the construction of this type of infrastructure.

Another promising area is the construction of critical infrastructure, such as power plants or oil and gas offsite facilities. Additional power plants will have to be built or expanded in the future along with petrochemicals and fertiliser units to convert and refine crude oil and gas produced in India into usable derivatives such as polymers or urea. Policies regarding gas pooling or deregulating urea will certainly revive sectors such as power generation or fertilisers, driving the demand for additional infrastructure in those industries.

India demonstrated a willingness to establish fundamentals for growth in the oil and gas industry throughout 2014. Given the rising energy demand of its economy, tremendous growth in the EPC industry is expected. Expertise developed by local companies and technology brought by international players will help meet the requirements of India’s energy industry in a climate increasingly conducive to investments.