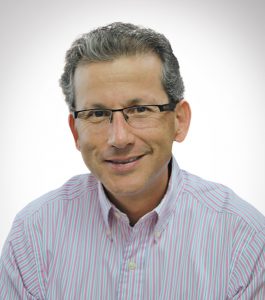 Some companies producing heavy crude oil do not have access to a pipeline, and their margin is significantly reduced by the time they get the crude out.

The right adjustments in Colombia

Ricardo Sarmiento, CEO of Estrella, talks to TOGY about Colombia’s competitiveness in the face of lower energy prices. The Argentinean oilfield services company has expanded quickly across South America. In 2013, it acquired the subsidiary of San Antonio International in Colombia to become the largest provider of rigs in the country.

A sharp decline in exploration and production activity since the start of 2015 has led to hardships for Colombia’s oil and gas industry. The continued drop, with the price of Western Texas Intermediate around $40 per barrel, has forced companies to decide whether to stop or continue with those projects that are economically viable. However at these prices and within the Colombian cost structure, these projects are very few.

UPSTREAM LACKLUSTRE: Regionally, Colombia has suffered the most in upstream activity. This has been mostly due to subsidies and domestic market dynamics. On the other hand, prices between $40-55 mean that unconventional resources are not an option in Colombia.
Colombia’s largest petroleum company, Ecopetrol, is reactivating exploration and production projects again, but it is doing so slowly due to the type of heavier crude and the costs involved in taking this product to the market.
Players across the entire value chain have been trying to adapt to the new low oil price environment. Drilling is considered to be very expensive, as it takes 70 percent of capital expenditures. The key success factor for drilling is to seek new ways to optimise the number of days it takes to drill a well.
If companies are able to reduce the drilling of a well to three or four days this will reduce costs significantly, around $80,000-100,000 per day, whereas trying to look for savings by trying to reduce rig or oilfield services fees by 10-20 percent will just have a minimum impact.
Companies such as Ecopetrol, Equion and Oxy prefer optimisation, such as the implementation of new technologies like small footprint rigs, rapid rigs and high performance motors for directional drilling in every possible angle. This could also reduce quality and efficiency, and in some cases make layoffs economically unfeasible as the workforce will still be needed for these operations.

THE COST OF TRANSPORTATION: Colombia’s cost of drilling and the cost of labour are comparable to other countries spanning the region. However, transportation costs make Colombia less competitive. At least 50 percent of the 1 million barrels produced in Colombia comes from heavy crude, which is more expensive to produce.
Two factors impact lifting costs in Colombia. One is the lack of pipeline infrastructure. The sector is still transporting by truck, which comes at an extremely high cost. For example, the cost of moving oil from the southern part of the country towards the north is around $26 per barrel. Diluent is needed in heavy crude and adds to the lifting costs. The second factor is that some companies producing heavy crude oil do not have access to a pipeline, and their margin is significantly reduced by the time they get the crude out.
The deficiencies in Colombia’s pipeline network complicate the situation. Oleoducto del Pacifico, a 760-kilometre double pipeline originating in San Martin, Meta, is expected to have a meaningful impact on the rate reduction. The idea was to make a pipeline that would take heavy crude oil away and bring diluent in. With the volatility of today’s markets, this idea became less attractive.
If the Pacific pipeline is completed, it will improve the production environment, relative to the other, more costly alternatives such as the 829-kilometre crude oil pipeline Ocensa or the $4.2-billion Bicentenario pipeline, which will have a capacity of 450,000 barrels of oil per day.

REGULATORY HURDLES: As for making the Colombian market more attractive for operators, the National Hydrocarbons Agency (ANH) is getting back on track. Some of the operators with licence obligations had considerable exploration assets, but did not have cash to develop them.
The request to move obligations from one block to another is being approved, which was an issue that had been talked about with the ANH since 2012. The ANH is taking the right set of policies and making the right adjustments. This increases flexibility and will help to reactivate activity, but it will happen slowly. The environmental requirements have been improved with the acceleration in licence approvals and simplification of the system. However, there is still a long way to go. We are still not being as competitive as other countries in the region.