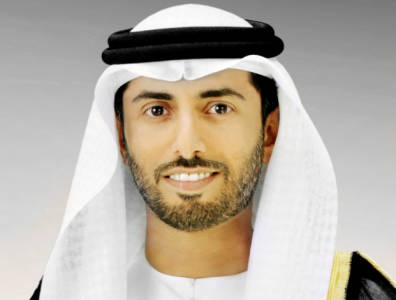 "The objective of the UAE National Energy Plan 2050 is to deliver clean, secure, affordable energy."

Energy diversification in the UAE

H.E. Suhail Mohamed Al Mazrouei, minister of energy and industry of the UAE, talks to TOGY about the UAE’s energy diversification efforts.

This interview is featured in The Energy Abu Dhabi 2019

Could you outline the UAE’s energy diversification efforts?
At the start of 2017, the UAE Ministry of Energy and Industry [MOEI] announced a farsighted UAE National Energy Plan 2050 with cross-emirates support. This includes a 50% increase in the clean energy share and improving energy efficiency by 40% across all key energy sectors by the middle of this century. The breakdown given is 44% from renewable energy sources and 6% from nuclear power.
The objective of the UAE National Energy Plan 2050 is to deliver clean, secure, affordable energy and respond to the risks of climate change by reducing greenhouse gas emissions. Through this plan, the MOEI is looking to ensure the energy security of the UAE while supporting the country’s transition to a green and diverse economy. Several scenarios were tested by the MOEI to identify the optimal electricity capacity mix, keeping in mind affordability and security of energy from now until 2050.
In the UAE, we received a record-breaking bid of 2.4 US cents per kWh for solar PV in the Noor Abu Dhabi solar plant. We also achieved the world’s lowest cost of electricity – 7.3 US cents per kWh – in a CSP [concentrated solar power] project, which was in the fourth phase of the Mohammed bin Rashid Al Maktoum Solar Park.
We can also see the efforts in recent announcements such as the news that Umm Al Quwain will have its first large-scale solar power project, which is now under development.
The UAE is also building one of the first waste-to-energy facilities in the region. The project is being undertaken by Masdar in partnership with Bee’ah. It represents a major contribution towards achieving the UAE’s goal for waste management and clean diversified energy sources. The plant will be able to treat more than 300,000 tonnes of municipal solid waste each year, at 37.5 tonnes per hour. The net electrical power produced will be up to 30 MW, which will be supplied directly to the Sharjah electricity grid/SEWA [Sharjah Electricity & Water Authority].
Barakah (5,600 MW) is the first nuclear power plant in the Arab world and has been hailed as a model for peaceful nuclear power by the international community. The plant will be able to deliver about a quarter of the UAE’s electricity needs.
Regarding new sources of energy, H.H. Sheikh Ahmed bin Saeed Al Maktoum broke ground for the MENA region’s first solar-powered green hydrogen project at Mohammed bin Rashid Al Maktoum Solar Park a few days ago [in February 2019]. The project will be an important contribution to the evolving energy mix in Dubai and the UAE.