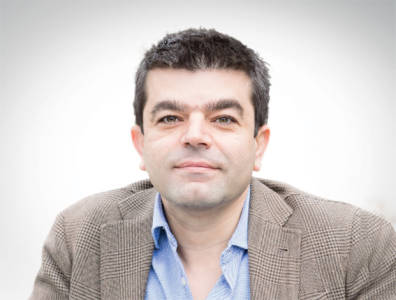 The long-term prospects for investment remain bullish but are all contingent on the next steps the current or next Kurdish government will take to reassure investors.

Shwan Zulal, managing director of Carduchi Consulting, talks to TOGY about the current investment climate in the Kurdistan Region of Iraq, the importance of managing political risk and the way forward for settling the KRG’s debts. UK-based Carduchi Consulting reports about energy, politics and security matters in the region.

• On Baghdad’s role: “So far the federal government has not spelt out their vision for the oil industry in Kurdistan. Safe to say, they do not appear to show much interest in operations within the 2003 borders and are more inclined to make statements about operations in disputed areas. Operations at all the fields within the 2003 borders have continued without any issues and this is likely to be the case for the foreseeable future.”

• On the debt issue: “The debt is a huge issue for the Kurdistan Region and the government has yet to address it. The traders would need to start thinking about restructuring the debt and reduce the amount of oil offtake from Ceyhan. Moreover, the interest rates are very high on these loans and need to be addressed.”

Most TOGY interviews are published exclusively on our business intelligence platform TOGYiN, but you can find the full interview with Shwan Zulal below.

What is the long-term outlook of the business and investment climate in the Kurdistan Region given the recent shakeup and political turmoil in the region?
The long-term outlook remains positive for now but the short- and medium-term climate looks very uncertain. The recent events after the independence referendum have damaged confidence and unless there is a coherent plan by the Kurdistan Regional Government (KRG) on how they propose to get out of the current political and economic crisis, investors will stay away. The long-term prospects for investment remain bullish but are all contingent on the next steps the current or next Kurdish government will take to reassure investors.

How do you view the role of the full and final settlements over unpaid oil revenues and end of the arbitration process with Pearl Petroleum in restoring the Kurdistan Region’s pre-2014 attractiveness to IOCs?
The payments due were settled and before the referendum and [before] the loss of Kirkuk and other vital areas in the Kurdistan Region, the outlook for Kurdistan’s energy sector was very promising. This followed a few years of contraction as the war against IS dampened enthusiasm.
Settling the court cases and arbitration has boosted confidence in Kurdistan’s energy sector and it was back on track to boom again. However, the aftermath of the referendum and the current economic difficulty and confrontation with Baghdad is not helping confidence.
The KRG is going through a real financial squeeze after losing Kirkuk exports to Baghdad. Given the limited amount of exports, cut by half since mid-October, and lack of fiscal flexibility, it is hard to see the KRG being able to pay large sums to oil companies. The regular payments to IOC have been kept up, which is a good sign. However, if Baghdad doesn’t provide a share of the budget to the Kurdistan Region, then payments will be affected.
Needless to say, the KRG has sold a large amount of oil by way of prepayments to oil traders, and given the drop in exports, payments to IOCs will be very tight, as the choice will be between paying IOCs or day-to-day running of the government.

How has the Kurdistan Region’s ability to manage political risk, despite the fights against Islamic State and disputes with the central government, changed over the past couple of years?
Before ISIS, the risk was largely from the central government not recognising contacts and trying to confiscate Kurdish oil tankers. ISIS was a distraction and a threat to the oil production for a very brief period of time, but that threat was soon neutralised. The ISIS threat has now diminished, but the risk from the central government is once again an issue.
So far the federal government has not spelt out their vision for the oil industry in Kurdistan. Safe to say, they do not appear to show much interest in operations within the 2003 borders and are more inclined to make statements about operations in disputed areas. Operations at all the fields within the 2003 borders have continued without any issues and this is likely to be the case for the foreseeable future.

Before Baghdad took over Bai Hassan and Avana, the Kurdistan Region produced an average of 630,000 bopd. What options are left for the KRG and its producers to revitalise oil production and exports in the short term?
There are couple of operators who are committed to expanding their production and have already made progress, but generally for the short term, the KRG has diverted as much oil as possible from local refineries and the domestic market to the export line to increase the flow.
As long as the regular payments to the IOCs continue, we should see more investment and new wells being drilled. However, given the recent tensions and political instability, the oil companies will be looking at the situation very closely before committing new cash to expand their production.

What’s your take on the lack of international, in particular US, support to the Kurds following the independence referendum and how prepared is the Kurdish leadership to address the current situation?
The warning signs were there before the referendum and when they were forced to choose sides between Baghdad and Erbil, international players including the US chose the central government. Kurdish people are resilient and will eventually bounce back from this setback. So far the Kurdish position has been flexible but the federal government has yet to come around to resolving the issues through dialogue.
The US position was neutral on Baghdad taking back control over the disputed territory and pre-2014 borders. However, the federal government has been warned by the US that they will not support Baghdad overreacting and crossing to KRI proper, i.e. the pre-2003 borders.
The Iraqi election is in May 2018, and it is expected that we will see the dispute play out over the next few months, and it will be used in the elections by the current prime minister, Abadi, to gain populist support.

Given the KRG’s heavy debt from prepayment and financing deals, what role are the world’s largest commodity trading houses likely to play going forward to keep the KRG’s economy afloat?
The debt is a huge issue for the Kurdistan Region and the government has yet to address it. The traders would need to start thinking about restructuring the debt and reduce the amount of oil offtake from Ceyhan. Moreover, the interest rates are very high on these loans and need to be addressed.
The current export rate is down to around 300,000 bpd, and is nowhere near enough to pay back traders and keep the KRG afloat. Moreover, the federal authorities would need to get involved in the discussions if they are paying Kurdistan’s share of the budget.
The draft budget stipulates that the KRG give SOMO 250,000 bpd to allow the finance ministry to pay the KRI share of the budget, which has now been cut from the limit set in the constitution at 17% to only 12.6%. With exports running at just over 250,000 bpd at the moment, traders would only be able to lift a small quantity of oil from Ceyhan to offset their payments.
Moreover, from what remains, the IOCs would need to be paid in order to keep the oil pumping and Baghdad has yet to make any commitments to pay the operators in Kurdistan. These would be very complex negotiations and all sides need to be flexible to enable a workable arrangement.

What is your assessment of Russian geopolitics in the post-referendum Kurdistan Region and how important has Rosneft buying control of the main export pipeline, in addition to acquiring fields and committing to gas infrastructure, been for the region’s future oil exports?
The Russian angle is interesting indeed, but so far the commitments have not materialised beyond Rosneft lifting crude from Ceyhan. So for now, it is difficult to assess the impact of Russian involvement in Kurdistan and the pipeline network.
Russian companies such as Gazprom Neft are also committed to Kurdistan and, they are among the majors who have remained in Kurdistan and keep showing commitment. So although all the focus is on Rosneft, until Rosneft breaks ground in Kurdistan, Gazprom Neft is the main Russian player.

What are Carduchi Consulting’s main areas of expertise and how important are international IOCs in the company’s clientele?
Carduchi Consulting publishes a weekly briefing for our clients called Kurdistan Energy and Politics weekly. The report covers the issues of the day in Kurdistan’s energy sector and up-to-date political and security situation. The brief helps managers make informed decisions based on the information about the local community and most important current issues affecting them.
Carduchi also offers a bespoke service through which it provides vital, subtle and sophisticated insight by gathering and analysing business-critical intelligence locally. And our familiarity with the problems facing businesses in Kurdistan can provide an invaluable insight to our client and decision makers.
At times of crisis, there are huge opportunities and Carduchi, with its wide network in Kurdistan, is already helping clients with appetite for risk to gain a foothold in the region. We have a list of clients who are willing to commit to the region and others looking consolidate or divest their positions in Kurdistan.

For more information on Carduchi Consulting and managing risk in the Kurdistan Region, see our business intelligence platform, TOGYiN.
TOGYiN features profiles on companies and institutions active in the Kurdistan Region’s oil and gas industry, and provides access to all our coverage and content, including our interviews with key players and industry leaders.
TOGY’s teams enjoy unparalleled boardroom access in 35 markets worldwide. TOGYiN members benefit from full access to that network, where they can directly connect with thousands of their peers.