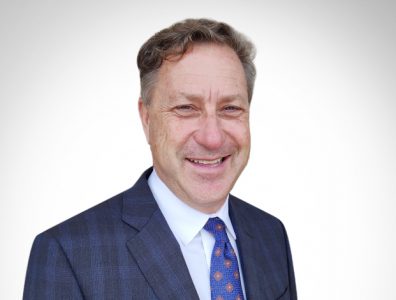 [International capital] goes to the most competitive markets. Right now, the message is pretty loud and clear that Trinidad is not one of these, although the environment is very stable.

Paul Baay, Touchstone Exploration president and CEO, talks to TOGY about a year of retrenchments and restructuring, as well as the company’s ambitions to become one of the largest onshore producers in the country. Touchstone Exploration, formerly Petrobank Energy and Resources, is a Canadian oil and gas E&P company operating in Trinidad and Tobago.

What can you tell us about Touchstone’s operational highlights in Trinidad over the past year?
In the light of the low oil prices and changing global energy landscape during the previous year, we were very focused on lowering our operating costs, maximising productivity and minimising capital. We were able to achieve that.
We reduced our operating costs from USD 18 per barrel to USD 16 per barrel. We reduced our general administrative expenses from roughly USD 8 million down to USD 5 million. We have had some accomplishments, but from an operations point of view, they are not as exciting.
[Unfortunately,] we conducted a number of retrenchments, reducing our staff from 28 to 13 in Calgary and from 194 to 120 in Trinidad. We’ve restructured the organisation. We delegated all the operational day-to-day responsibilities to Trinidad. It runs as its own entity, unlike most other internationals that invest in Trinidad, where you still have an us-and-them mentality. The reasoning behind this move was partly cost saving and partly because there is a lot of talent in Trinidad that was not being properly utilised. This allows us to take advantage of everybody’s skill sets.

What are the details of your work programme going forward?
This year is going to be very different for us as we are back to spending money in the fields again. We will drill at least four wells and conduct 24 recompletions in 2017. Our overall programme will cost around USD 6 million, whereas it was about USD 1.4 million in 2016. This represents a three -and-a-half times increase in expenditures. The main focus will be placed on the projects where we partner with Petrotrin.
We have 22 blocks of which 11 are producing oil and 11 are non-producing blocks. We are continually working on the non-producing assets. Our number-one focus is the big exploration block, Ortoire, which is on the east side of the island. We are looking at reactivating some of the old wells in 2018 and starting the drilling programme in 2018. We have four wells that we are obligated to drill there. We work with Well Services Petroleum, Schlumberger and Tucker Energy Services does all of the perforating for us. We work together with them well by well, and we bid programme by programme.

How has cost cutting affected your activities on the oilfields?
The main cost reductions focused on our larger-producing wells and optimising their production. We reduced time on a particular well when we were conducting workovers by doing more upfront planning to save time and cost when we got to the field.
The main fields were what we call LOAs [lease-operatorship agreement] with Petrotrin as our partner; [Petrotrin] maintains a royalty interest. The two assets that we focused on were the WD-4 [field] and the Coora [field]. We are trying to optimise wells at these locations. In most cases, we are trying to have them where they will be in production for long periods of time without having to replace pumps or anything like that.
Our operation is very much a manufacturing-type operation. These are low-productivity wells, and we are looking at every nickel and dime on them. The advantage [of these assets] is that you are not relying heavily on an individual well. You have got a broad risk perspective.

What actions must be taken to revitalise the country’s oil and gas production?
Trinidad is now entering a phase where fields that are more mature and smaller have to be looked at. That’s where the country is going to get their next wave of production, although there are still some [excellent] exploration opportunities.
The current fiscal regime is not reflective of the need to incentivise production at mature fields and smaller fields. The minister of energy is looking at this issue and hopefully, we will be able to see some resolution in 2018. If [the government] gets the fiscal structure right, the capital will follow; because the only thing that’s lacking is international capital in Trinidad. That capital goes to the most competitive markets. Right now, the message is pretty loud and clear that Trinidad is not one of these, although the environment is very stable.
The SPT [supplemental petroleum tax] has not been in effect for the past year, mostly because the barrel price has been below USD 50, but if it moves north of USD 50, it will go into effect. There is a bigger issue than the SPT. The government has to look at the overall petroleum tax act, revamp it and reward those parties that are actively looking for new production opportunities and properly tax those that are in low-down mode. That is not the way the tax act is set up right now. It is neither good for the country nor the producers.

What other measures could the government consider to entice independent EP players to the country?
The fiscal regime is by far the biggest measure. The other is being more open to joint ventures with Petrotrin, which still holds the majority of onshore [acreage]. There is no solid structure established for joint ventures with Petrotrin. However, they are working on it. They have conducted a round of applications [for operators] to participate with them, but it is a very timely process, and they need to get at it.
The infrastructure in Trinidad is very old. They need to bring in some infrastructure players and look at countries such as Colombia for a little guidance. [There] the fiscal structure was changed alongside a number of things and production averaged 1 million bpd a couple of years ago. Colombia is a good example. The government in Trinidad has to believe in it and apply some of the lessons.

What methods or technologies is Touchstone using to increase efficiency at its oilfields?
The two things we focus on are new types of completion and production techniques that involve different types of pumps, downhaul screens and downhaul assemblies.
We are not trying to create new technology but rather trying to apply proven technology from around the world that has not been tried and implement [these] in Trinidad.

Would EOR methods be more applicable onshore than offshore because of the infrastructure?
Yes, but until Petrotrin becomes more flexible, you will never be able to do that because Petrotrin owns wells everywhere. You cannot have a partial water flooding that Petrotrin’s going to benefit from. They have got to fix [both] the fiscal regime and Petrotrin.
Unfortunately, the regulations in Trinidad are so burdensome that it makes EOR almost impossible at this point. Any type of EOR, whether it is waterflooding, solvents or carbon dioxide, there is no question that that is the next stage for Trinidad.

What does Touchstone’s global development programme entail for the coming year?
Touchstone’s only producing oil-and-gas assets are in Trinidad. We are not doing anything else or looking elsewhere. We want to be the largest onshore producer in Trinidad. Although Touchstone is a Canadian-based company and was set up with an international focus, we decided to focus on Trinidad. It has [a great deal of] oil in place, and it is where we have put our roots down.
We think we can be a big fish in a small pond in onshore [development]. The opportunity exists and that is what we are striving to [accomplish]. We have not looked anywhere else. We still have a long way to go in Trinidad. At the end of the day, if we were a dividend-paying company based out of Trinidad, as the longest onshore producer, that would be fantastic.

What is Touchstone’s long-term vision and what strategy are you planning to implement to accomplish your targets?
[Our goal is] to become the largest onshore producer besides Petrotrin. If the opportunity came along to do more joint ventures with Petrotrin, we could see a significant upside from that. Their land has been under-capitalised for 40 years.
We are not an offshore player; we want to keep our focus onshore. We are drilling shallow onshore oil wells. We try to allocate 10% of our budget every year to exploration. The rest goes to development drilling. We sell all the oil locally to the refinery.
We are going to be listed on the London stock exchange on June 26. The idea is that we will have access to better capital markets, which means that we will be able to raise additional capital.

What are Touchstone’s ambitions with regard to HSE?
We are trying to be more environmentally responsible. We are trying do a water-disposal well, where we are taking any of our effluents and, instead of releasing them into the environment, we are trying to dispose them back into the formation. The disposal water comes from the reservoir and it is salt water.
Right now, it is getting released into the environment. Best practices everywhere else in the world would be to dispose of it back into the ground, which is what we are trying to do. It is not within the regulations. We are going above and beyond that. One of our internal objectives is that, by the end of 2019, we will have no produced fluids exposed to the environment. All of our properties will hopefully be targeted to be disposed of.
We are trying to stay ahead of the regulations. We would like to be the industry leader in this, but it is frustrating because it is our own money. You do not make any money by doing water disposal. You would think the government would be a little more receptive to it. They are working with us, and it is the first time it has ever been done on the island and it will be a long process to get those regulations done. We have been working on it for two years and have still not received approval. However, we would like to accomplish this over the next 12-18 months.