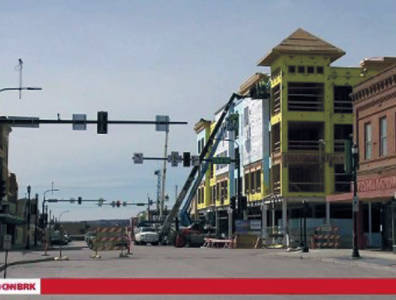 Who is the swing producer?

Speaking recently to CNN’s John Defterios, OPEC Secretary General Abdalla Salem El Badri said, “We welcome American tight oil, but it is very expensive.” The decision in November 2014 by OPEC members to maintain production put pressure on US producers. CNN’s Richard Quest went to Williston in North Dakota to find out how the industry is coping with the resulting fall in oil prices.

When the fracking revolution came in the 1990s to Williston, North Dakota, it turned this sleepy town on the Bakken Shale Formation into a major oil producer overnight and earned it the nickname Boomtown USA.

But the Saudis have other ideas. Behind closed doors, Oil Minister Ali Al Naimi says he wants US shale producers out of business and has committed to increasing production thereby keeping prices low.

Although rig numbers are down in North Dakota down – from 187 a year ago to now 75 – production has remained fairly steady. And increased efficiency translates into the price of extraction at a sustainable $40 per barrel.

“I think [OPEC and the Saudis] have been surprised by the resiliency of the US oil industry and that they couldn’t push us out as quick as they thought they could,” said Chris Faulkner, CEO of US exploration company Breitling Energy.