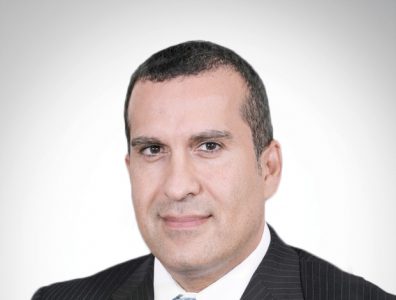 "Managing produced water is essential to the industry, because it has become a major contributor of operational cost for […] unconventional resource developments."

The other critical resource

In light of new extraction methods, how important has produced water treatment and reuse become for the oil and gas industry?
Produced water has become an important issue, both in Qatar and at the global level. This topic has recently gained more momentum with the development of shale hydrocarbons in the US, oil sands in Canada and coal seam gas in Australia.
Managing produced water is essential to the industry, because it has become a major contributor of operational cost for these types of unconventional resource developments. We are now studying ways to recycle/reuse the water that is used for fracking through filtration or oxidation. We are also looking to replace the freshwater used for these operations with saltwater. Advances in these fields, based on research conducted in Qatar, could make exploration activities more cost-efficient, not only here but also internationally. The shale hydrocarbons industry in the US could greatly benefit.

How are the challenges linked to produced water being addressed in Qatar?
The Qatar National Research Strategy has identified water security as one of the top four grand challenges facing the country.
In this respect, treating and recycling the water produced from Qatar’s oil and gas fields has become a key issue for sustainability. Most of the international oil companies’ research centres in Qatar are now working towards developing advanced water management. GWSC was the first to choose this as a core focus.
We are working on a number of projects with Qatargas. These include the implementation of advanced technologies such as granular activated carbon, reverse osmosis and membrane bio-reactors in treatment trains to recycle water produced alongside gas and use it for irrigation purposes and/or process water applications.

How can alternative desalination methods enhance energy efficiency in Qatar?
Thermal desalination is the most commonly used process in Qatar. It has proven to be reliable, but it is very energy-intensive. Membrane desalination is less energy-intensive and has been used effectively in other countries such as Australia and Singapore. Such technology could enable Qatar to produce water at a lower cost, while reducing natural gas consumption, and make this valuable feedstock available for other purposes.
Membrane desalination is a very delicate process, and Qatar still has limited experience with it on large-scale projects. At the moment, the country is in the process of implementing this technology at new power and desalination plants, including one being built in Umm Al Houl, Facility D, but it will take time for this technology to substitute thermal desalination.
Local conditions such as economic growth, feedstock and electricity subsidies, as well as the high levels of water salinity in the region, still act as deterrent. Solar energy has also been slowly gaining ground over the past few years, as potential feedstock for power and water production, owing to Qatar’s conducive climate and large amount of capitals.
The Arabian Gulf region is in a unique position to benefit from these technological advances. However, solar energy would have to become more cost-effective and energy-efficient to be used efficiently for water desalination as a substitute to natural gas. The latter will remain the preferred energy source over the long term.