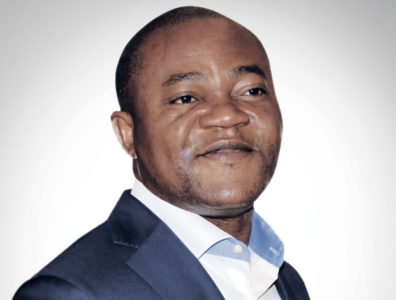 Most of the time, operators want to negotiate terms directly in the PSC, meaning that they want the PSC to carry more weight than the hydrocarbons code itself.

A new scene in Congo

Robert Nken, managing director at KPMG Congo, speaks with TOGY about the lessons learned by both operators and the government from the fall of oil prices in 2014, as well as how the government is devising an approach to make up for lost revenues via increasing production or introducing new taxes. KPMG is one of the “Big Four” consultancy firms, with a specialty in tax and auditing in the Republic of Congo.

How has the government reacted to the fall in oil prices?
The government prepared its 2015 budget on the assumption that the price of oil would vary around $80 per barrel. This had to be amended as a result of the drop in price. The budget has come down to CFA1 trillion ($1.7 billion) from last year’s CFA4 trillion ($6.8 billion). Many infrastructure projects have been delayed or shelved. The gap between expected and budgeted revenue is significant.
The government has seen the importance of diversifying the economy to make it less dependent on oil and gas and also more so on revenues from taxes.
The Congolese government concentrated resources on the September 2015 All-Africa Games to be held in Brazzaville. In 2015, most infrastructure investments that had nothing to do with the Games were suspended. Many companies in the private sector that had the state as a client have stopped working, particularly companies involved in construction.
The 2014 fall in oil prices is not specific to Congo, but expectations are high for the oil and gas industry as it is the main revenue stream of the country’s budget. Congo reacted as any other resource-rich country would, by decreasing its dependence on hydrocarbons.
The government obviously wants to diversify the economy and is thinking of other options, particularly timber. Timber is not a significant contributor to the GDP, but could become the second major contributor after oil and gas.

How did oil companies react to the downturn in oil prices in the Congo?
Every oil company has a different approach to saving costs in a downturn. It depends on the equipment the company uses, its level of production or the lifespan of the licence on which it operates. It all depends on the model, which varies from company to another.
Both operators and the state are concentrating on volume. Locally, they believe that with Moho Nord and Eni discoveries coming on line in 2016 and 2017, production could move from 270,000 to 300,000 barrels of oil per day. An increase in production volume means that the government can reduce the budget gap.

What has been the trend in contracts for the state and private companies?
During the downturn in oil prices, many of the concession permits for operators were converted into production-sharing contracts (PSCs). While the operators own all the assets in a concession, the assets and reserves belong to the state in a PSC. The operator of a concession pays a kind of tax after deduction of all the costs and expenses of producing the oil, while under a PSC the operator does not pay anything but is sharing the cost. As a result, a PSC operator has an incentive to keep expenses low.
The state will always be at an advantage under a PSC compared with a concession, as the burden of maintaining costs is on the operators. The companies have to find a way to make the operation more profitable.