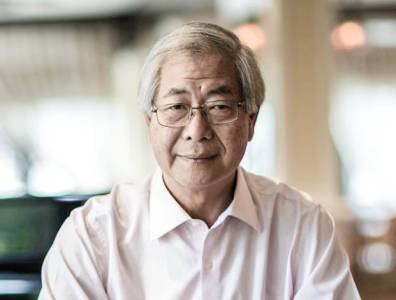 The Pengerang Terminal has been important for showing investors that the government can deliver the necessary investment incentives and bureaucratic support.

Number of vessels accommodated between March and April87

Tan Sri Dr Ngau Boon Keat, executive chairman of oil and gas services provider Dialog Group Berhad, talks to TOGY about the opportunities presented by Malaysia’s Economic Transformation Programme, which has spurred major investment into the country’s downstream sector, attempting to make the southern state of Johor a hub for the refining and petrochemicals sectors and the trading of petroleum products in Asia.

In what way does the Pengerang area have the potential to become a downstream and trading centre for petroleum products in the Asia-Pacific region?

Pengerang is located in a prime strategic location, next to the busiest shipping lane between the Middle East and Asia. It is also in proximity to the third-largest refining and petrochemicals, trading and storage centre in the world, Jurong Island in Singapore.

This island, which houses the city-state’s refining, petrochemicals and storage facilities, is only 32 square kilometres in size. It has already reached its land capacity in terms of downstream industrial development and growth. In Malaysia, on the other hand, the government has set aside 80-90 square kilometres of land for the industrial expansion of Pengerang.

In addition to land, deep water is important. Pengerang has a competitive advantage in its natural location. The site is a natural deepwater harbour protected from monsoons throughout the year. With a maximum depth of up to 24 metres, it is an ideal location to accommodate very large crude carriers, which can carry much more product than a standard tanker. These conditions are ideal for developing a large-scale oil and gas centre.

With the Pengerang Terminal on stream, the trading, refining and petrochemicals sectors are now set to grow up around us.

What were the key factors for bringing phase one of Pengerang Terminal on stream according to schedule?

Public-private co-operation has been very important. From the detailed project plan in 2009 to the final investment decision in 2011 to bring the first phase of the terminal on stream, government support, both at the state and federal level, has been key for this project. The terminal project has been an entry point for other investors to come into the state of Johor.

Phase 1A of the terminal project, which included the first 25 storage tanks, with a total capacity of 2.72 million barrels of oil, was completed in March 2014. The first ship arrived on April 12, 2014. As of November 30, 2014, 87 ships, had called at the terminal. Phase 1B has been commissioned, adding an additional 25 tanks.

Phase 1C is expected to be finished by the end of 2014 and will be commissioned for start up in first quarter of 2015. Once fully completed, the terminal will have a capacity of 8.18 million barrels of oil.

Has the completion of the first phase of the terminal boosted investor confidence?

The Pengerang Terminal has been important for showing investors that the government can deliver the necessary investment incentives and bureaucratic support for major projects to be delivered on time. The on-schedule delivery of the terminal will encourage further investment in Johor.

This deepwater terminal is a first in Southeast Asia. While there have been delays with some major oil and gas projects worldwide, this project shows investors that Malaysian companies and the state government can deliver.

The further industrial development of Johor, including the Refinery and Petrochemicals Integrated Development project of Malaysia’s Petronas, which reached a final investment decision in the first half of 2014, will be a major catalyst for further investment in the country’s oil and gas industry.

How have Petronas’ policies fostered the development of a local oil and gas industry in Malaysia?

Since the late 2000s, Petronas has increased its domestic investments. In the upstream sector, it is supporting more exploration, including deepwater projects, the development of marginal fields and brownfield enhanced oil recovery projects. In the downstream sector, Petronas has committed $27 billion to develop the Refinery and Petrochemicals Integrated Development project. This has created a lot of business opportunities for local oil and gas companies, especially on the services side.

As the country works to become a major oil and gas centre for Asia, Petronas has helped Malaysian companies develop the capabilities necessary to be a part of this transition, encouraging the development of local technology and capability. Thanks to these investments, the oil and gas industry will continue to be one of the primary contributors to Malaysia’s goal of becoming a high-income nation by 2020.

About the Company: Dialog Group Berhad is a Malaysian oil and gas services company specialising in tank terminals and supply bases. Together with the state government of Johor and the Netherlands’ Royal Vopak, Dialog Group is building Malaysia’s only independent deepwater oil and LNG terminal in Pengerang. Phase one of the $1.54 billion project came on stream in April 2014.