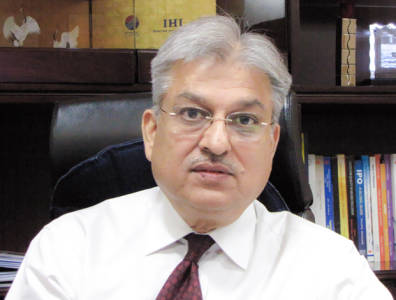 India is constructing LNG terminals with handling capacities totalling above 20 bcm (700 bcf) per year but does not have a sufficient gas grid or pipeline network.

Petronet LNG managing director and CEO A. K. Balyan tells TOGY about the recent advances in India’s gas market and the challenges of developing a robust gas infrastructure in the country. Established in 1997 to develop India’s LNG infrastructure, Petronet LNG has already set up two LNG terminals in India, at Dahej and Kochi, and is set to begin construction works at a third terminal in Gangavaram next year.

What is the current status of India’s LNG market?

The LNG market in India was in a nascent and preliminary phase over the past decade. However, it is now entering a very dynamic stage with major capacities being added at existing terminals. Several new projects are planned or under construction on both the west and east coasts.

Over the past few years, huge gas reserves have been found globally, thanks to the shale revolution in the US. This will ensure long-term resources and availability of gas for energy-hungry countries such as India. Consequently, we now see major gas-producing companies and gas-producing countries, such as Qatar and Australia, being more open to discussing the pricing of their gas supplies.

Gas prices have moved to more affordable levels. Given the availability of affordable gas, we hope that by 2017 India will have commissioned major LNG terminals able to source inexpensive gas supplies.

What are the main characteristics of India’s gas market?

The demand and supply gap is increasing, and we see no reason it would stop. We expect that demand for natural gas will reach about 713 mcm (25.2 bcf) per day by 2029-2030, up from roughly 227 mcm (8 bcf) per day in 2012-2013. This is due to the increasing demand from sectors such as power, fertilisers and city gas distribution.

The shortfall can be met only by importing gas, and LNG will play a bigger role in meeting India’s energy demand in the future. While the market was uncertain about gas pricing, the government settled the issue to a great extent in October 2014 by increasing the price of domestically produced gas to $5.61 per million Btu.

We also see an evolution of the regulatory environment with the possibility of gas pooling, which will introduce more use of LNG in various sectors such as power and fertilisers. Costly LNG, if mixed with domestic gas, would become more affordable and attractive for industrial users. Currently, LNG prices in India can reach up to approximately $16 per million Btu.

What should be the priorities of developing a gas market in India?

India will not be able to develop a robust gas market without a strong focus on project execution, policy framework and pipeline network. The gas industry is very different from the oil industry and requires a good pipeline network to deliver gas to customers. India is constructing LNG terminals with handling capacities totalling more than 20 bcm (700 bcf) per year but does not have a sufficient gas grid or pipeline network.

While the new government announced plans in 2014 to add 15,000 kilometres of gas pipelines in the coming years, these projects still need to be executed as they were only announced recently. Projects such as the Gas Authority of India’s 2,050-kilometres Haldia-Jagdishpur gas pipeline, construction of which has just started, will be key in ensuring connectivity to the east of India where gas has been absent thus far.

What role can the private sector play in developing India’s gas infrastructure?

The 15,000 kilometres of additional gas pipeline network planned by the government will be done on a public-private partnership basis, requiring the participation and funding of private companies. The private sector has always played an important role in India’s gas market regarding the construction and operation of both gas pipelines and LNG terminals.

Shell owns and operates the Gujarat-based Hazira LNG terminal, in which Total also holds a 26-percent share. Several of the planned LNG terminals in India are being developed by private companies. H-Energy for instance, the energy arm of the Hiranandani Group, is developing an LNG regasification terminal on the west coast in Jaigarh.