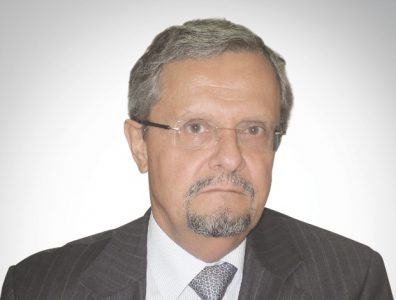 [ADCO] has the balance sheet to facilitate investments in new technology, but applying it will prove the main challenge.

José Pereira, country representative of Partex Oil and Gas, talks to TOGY about Abu Dhabi’s efforts to meet the rising demand for natural gas and the development of enhanced oil recovery (EOR) techniques. Portugal’s Partex Oil and Gas is one of the founding partners of Abu Dhabi Company for Onshore Petroleum Operations (ADCO) and has worked in the local market for 75 years.

What challenges does ADCO face at the end of its first concession agreement with international operators?
In January 2014, ADCO’s onshore concessions expired, ending the 75-year partnership between the participating operating companies and Abu Dhabi National Oil Company. Since then, ADCO has operated the concessions alone, with Abu Dhabi National Oil Company as its sole shareholder. After a procurement period, ADCO began awarding new concession agreements from January 2015, the first of which was awarded to Total.
The main challenge facing ADCO is its target of 70-percent recovery, which is significantly higher than the industry average of 40 percent. ADCO must acquire technology either from shareholders or third parties in order to reach its targeted recovery rate.
ADCO is interested in piloting innovative EOR techniques and has considered using chemical EOR for its fields. Financially, the company has the balance sheet to facilitate investments in new technology, but applying it will prove the main challenge.

How is Abu Dhabi managing the rise in demand for gas in the emirate?
Abu Dhabi is a net gas importer, and it is considering all possibilities to meet the needs of its growing population.
In order to bridge the gap, state-owned EmiratesLNG is building a new LNG import terminal in Fujairah. The facility will have a capacity to regasify 9 million tonnes of LNG each year. The terminal is expected to be operational by the end of 2018.
An additional motivation for Abu Dhabi to raise its domestic gas production is its commitment to supply LNG to its Asian customers on long-term contracts. Abu Dhabi has its own domestic gas requirements, ranging from power generation to downstream industrial uses, and its long-term supply contracts to Asian buyers is an additional sink for its production.
To manage domestic usage and promote sustainability, the government has also introduced prudent measures to manage consumption, such as smart meters.
As Abu Dhabi considers transitioning more of its EOR programmes to utilise carbon dioxide for reinjection, rather than associated gas, this will free up more gas for companies such as Abu Dhabi Gas Industries to produce higher-value natural gas liquids.

How can international oil companies (IOCs) make additional contributions to the technological advancement of Abu Dhabi’s oil and gas industry?
Due to the active involvement of IOCs in a number of Abu Dhabi’s largest fields, Abu Dhabi can benefit from IOCs’ operational and technological experience.
We have developed an algorithm for geostatistical elastic inversion, called acoustic elastic stochastic inversion, which we believe will lead to improved reservoir characterisation methodology. These techniques have been used at fields such as Asab, Bu Hasa, Sahil and Shah.
Another example is microbial EOR, applying bacteria to break down carbon molecules to help mobilise heavy oil. The challenge is not sourcing the appropriate bacteria for microbial EOR, but rather identifying those that can survive at reservoir depths of 1 kilometre.
Furthermore, the carbonate reservoirs in Abu Dhabi are heterogeneous, so their response to such innovative EOR techniques is not well understood. Before full commercial application can be achieved, additional pilot studies are needed to better understand the impact of microbial enzymes on the properties of the reservoir, the hydrocarbons it contains and the overall impact on its production.