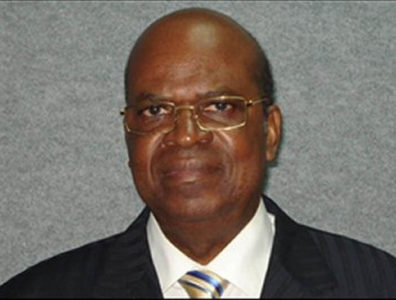 Many things have changed in the last two decades in the global petroleum industry, so we must adapt our legal and fiscal framework.

Number of permits to be offered in bidding round10

Minister of Hydrocarbons André Raphaël Loemba talks to TOGY about how law revisions and new exploration activities are set to raise the Central African country’s international oil and gas profile. In addition to reviewing its Hydrocarbons Code in April 2014, Congo-Brazzaville’s Ministry of Hydrocarbons also announced intentions to launch a new bidding round for 10 permits.

What does the launch of a new bidding round mean for Congo-Brazzaville?

We have redrawn the division of the blocks in the country, including the coastal and interior basins. During one of the country’s largest conferences held in Brazzaville in April 2014, the ministry made information on the free blocks available to potential investors.

We must renew our reserves. To do that, we need to encourage exploration in open permits is needed. These 10 new blocks will be offered for bid after the new hydrocarbons law is passed.

Does the Hydrocarbons Code need a revision?

Congo-Brazzaville’s Hydrocarbons Code dates back to 1994. Many things have changed in the past two decades in the global petroleum industry, so we must adapt our legal and fiscal framework to the economic, technological, environmental and social challenges of the world in 2014.

In Congo-Brazzaville’s case, after 30 years of production, many of the oilfields have reached their mature phase. We must create a law that puts an emphasis on renewing our reserves and battling the natural decline of these fields. We need new attractive legal and fiscal framework that is balanced, taking into consideration the global trends of the oil and gas industry.

How is the use of natural gas factored in?

This subject is important and strategic for the country, and we are taking measures that will allow us to augment our gas reserves, including addressing them in the new hydrocarbons law. Congo-Brazzaville’s natural gas will be effectively used in a number of ways.

Firstly, it will be used to generate electricity, which is a necessity for the development, modernisation and industrialisation of our country. The power plant at Côte-Matève, which has a capacity of 300 MW, will undergo a large expansion. This expansion will occur in tandem with the increase in gas production from the Marine 12 permit, operated by Eni Congo.

Secondly, LPG, butane and propane will be a large part of this initiative. We must increase our production capacities, transport and distribution so that LPG can be distributed to all corners of Congo-Brazzaville. As a result, we will decrease reliance on wood as an energy source.

Thirdly, studies are underway to determine the cost of using gas to create urea and ammonia. Depending on the reserves, it could also be possible to build an LNG export terminal. A gas master plan is being developed, which will allow us to adapt a strategy that takes into consideration our reserves as well as the needs of the country.

What is the importance of the three major projects underway in the country?

Total’s Moho Nord, which is the largest project ever carried out in Congo-Brazzaville, will not only bring us additional reserves, but also a high level of activity with first oil expected in 2016. Eni Congo’s Litchendjili development will allow us to ensure sustainable natural gas supplies for the power plant at Côte-Matève. Finally, Chevron’s Lianzi development, which has been green-lit as a result of a unitisation agreement between Congo-Brazzaville and Angola, reinforces the relations between the two countries.

We are placing a strong emphasis on local content with all these projects, notably the recruitment of local personnel, training and development of Congolese competence and the use of local fabrication yards and shore bases.