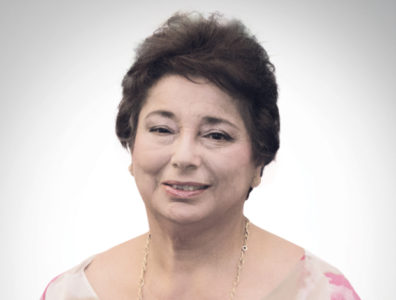 The leading concerns of upstream companies in Peru have been the government and red tape, which have slowed investment.

Former prime minister of Peru and current president of the Peruvian Hydrocarbons Society Beatriz Merino speaks to TOGY about the government’s efforts to improve the administrative framework for the domestic oil and gas industry. The society is a professional guild that is intended to represent the interests of companies working in the local hydrocarbons industry in their discussions with the government.

What progress has been made towards meeting the goals laid out in the white paper on hydrocarbons published earlier this year?
Since the white paper was published, hydrocarbons policy has seen significant improvement, both on the part of the government and in public opinion via the media.
There have been institutional changes in the structure of the administration in charge of the hydrocarbons industry. These changes have been for the better. They include a reorganisation of some positions in the ministry and in agencies in charge of the industry. Perhaps most importantly, there have been at least three initiatives that aim to simplify and streamline the regulatory process in Peru.
Environmental regulations were approved for the industry in late 2014. These were subject to dispute between the Ministry of Energy and Mines and the Ministry of Environment. It was fortunate that a consensus was reached. Of course, there is room for improvement, but now we have a clear framework that has simplified several processes.

Will this legislative progress help increase investment by foreign companies?
Unfortunately, oil prices are very low. Price drops to below $50 per barrel were witnessed in January 2015, and at this rate, most of Peru’s oil is not profitable to develop. Had oil prices remained stable, Peru would have probably experienced a better investment climate.
The government needs to quickly implement emergency measures in order to protect the country’s oil industry. I hope the government will recognise the problem and respond quickly. It is clear to me that the commitment from the administration and companies will lead to a very strong investment process in the country by 2016 or perhaps the year after.
While we are looking at a gloomy period for oil development, gas might be a steady driver of the local hydrocarbons industry. Gas is certainly one of the strongholds of the economic development process in Peru.

Are foreign investors being drawn to the country’s oil and gas industry?
Peru has significant untapped gas reserves, which is attractive to both local and foreign investors. It is unclear whether any of the companies working in the oil industry might shift their emphasis to gas in the future, because it depends a lot on their internal policies and the liquidity of their assets. However, it is clear that the gas market is strong in Peru.
Chinese companies will be here for the long term. They are looking at the country as a long-term investment and they want the best environment for profits. I am very enthusiastic about the fact that Chinese investment in oil is being managed so professionally and carefully by the state-owned China National Petroleum Corporation. The company’s subsidiary Sapet has also acquired a block here.

What social and environmental approaches are firms taking in Peru’s upstream sector?
Since 2013, companies’ relations with communities or indigenous people in the areas surrounding exploration and production blocks have not been a major concern, except for one or two of the key players.
Furthermore, the fact that all of these operators are subject to international audits and their shares are publicly traded means they abide by international regulations. The companies have also developed their own strong internal regulations, principles and standards.
The leading concerns of upstream companies in Peru have been the government and red tape, which have slowed investment. Just as we were making progress in this regard
in 2014, Peru was hit by declining oil prices.

For more news and features on Peru, click here.