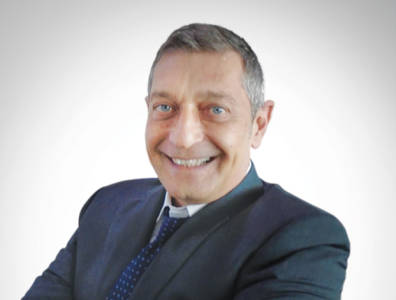 One of the reasons why I chose to do business in India is because it is an up and coming country. It is a highly respected global power now. All eyes are on India.

Percentage the state wants to boost hydrocarbons production by 2030:200%

All eyes on India

TOGY talks to Kamal Arafeh, country head of Halliburton India, about the state of the country’s oil and gas market in relation to low oil prices, the new small fields bidding round and general business practices common in the country. The company is one of the biggest oilfield services companies in the world and has been working in India’s oil and gas market for around 30 years.

Can you describe Halliburton’s presence here in India?
The organisation has grown dramatically in the country over the past couple of years, mainly because we have integrated drilling capability. We offer an end-to-end operation where we provide comprehensive oilfield services.
Everyone who operates in India is our client. Our most notable ones are ONGC, Oil India, Cairn and Reliance. In terms of market shares in India, we are probably the second largest oilfield services provider. Overall business has not gone down, but has risen for Halliburton India in 2015.

Could you describe some of your major projects in the country?
One of our flagship integrated drilling projects was for Cairn India in Rajasthan. This enabled our organisation to grow from 500 people up to the current 1,000. Technically, we finished the project in October 2015, but we are still wrapping things up. It was intended to be a single time event. In the climate we are operating in, although the workforce had to shrink, it is still fairly big in India.
In a classic operator world, when you are doing exploration work or developing work, you hand out projects to services companies like us, be it cementing, drilling or logging work. In an integrated drilling project, you hire a single company to do it all, from end to end. For Cairn India, we took on the entire aspect of the campaign.
The project was for 93 wells. Our job really did start from the beginning, bringing all of our products and service lines into the operation and doing everything from drilling to completion. The project lasted about a year.

What is the biggest upcoming project in India’s hydrocarbons industry?
The biggest project is what they call the deepwater battle, which everyone is waiting for. At any given time, we have all of our product line and services deployed waiting for something to happen.

What is the status of the oil and gas market in India in relation to lowered oil prices?
We have discrete services, which come out in tenders from Oil India, GSPC [Gujarat State Petroleum Corporation], Reliance and Cairn, so that we remain thankfully occupied in a downturned market. India has also not seen a dramatic drop in the lights of ONGC who continues to pick up quite a bit of speed.
India has made a great deal of progress since the arrival of the new government. There has been a lot of emphasis on improving production from ageing fields. There has also been an emphasis on the type of improvement in production overall for the country and the type of partnerships they want to have with both services providers like ourselves and investors. It is a very impressive ministry. They have a good vision and I think it has been implemented well by the ONGC and Oil India.
I think the low oil prices helped both operators and service providers. This is mainly because the country has such a dependency on hydrocarbons, to the point where they realise acceleration of developing exploration and discovery is very important to become less and less dependent in the next decade. They have pretty aggressive goals to improve their production 10% year-on-year and maybe double it by 2030, which is a very ambitious plan.
They are smart enough to realise that this depressed market comes as an advantage in terms of getting products at a much cheaper price than the old days of USD 100 per barrel of oil. They have gone out, put up some big tenders and are locking people in like ourselves for a few years at a lower rate.

Why does India’s oilfield services sector remain internationally dominated?
Probably the biggest reason is technology and expertise. The oilfield sector is very precise and niche business, requiring a huge amount of expertise and a lot of investment in R&D. A company like Halliburton, with extensive experience in this business, has been developing products and developing people for years.
The main reason for why the company is largely international is because local firms, or companies that have lesser experience in this business, don’t really have the pocket book and the knowhow to be able to compete properly in this space.

Do you expect Indian E&P sector to focus on the aging fields or greenfield projects?
I think it will be a little bit of both. I think India has absolutely good reason to make sure that the aging fields are looked at from a different angle since they already have spent a lot of money on those. Bringing additional and newer technology to improve the production from those fields will be determinant for the country’s energy security.
The mature fields are one of the top three categories that Halliburton is known for. We have a great degree of expertise and technology to bring to the equation. We also have a lot of consultant mechanisms so we can really spend time showing clients how we can improve production in a meaningful way in a very rapid time phase, including with unconventional fields.

What would be Halliburton’s strategy in India for the next five years?
Our strategy is to help customers achieve their goals. They have very vicious plans and Halliburton prides itself on being the neighbourly services provider that completes projects on time. We are a very ethical company, with focus on not only satisfying the customer, but keeping our reputation intact in the process.
In terms of Halliburton’s geomarkets, only in the past few years did India get on the radar to tackle its dependency issue. In terms of the region, I think India is still one of the smaller markets, but I think it is catching up fairly quickly.

With regard to the newly launched Discovered Small Fields bidding round, do you expect new entrants in India’s upstream play?
I think that in general players have shrunk because of the downturn in the market. Do I think the opportunity of this size can introduce newer people? Probably, but again the ability for people to operate significantly in a country like India is fairly limited unless you have been here for sometime. India is a country that you really have to get to know over a course of years and not months. A newcomer who just decided to open up a shop here would probably struggle, in my opinion.

How would you describe the ease of doing business in India?
One of the reasons why I chose to do business in India is because it is an up and coming country. It is a highly respected global power now. All eyes are on India. It has a young population that is becoming increasingly highly educated. There is a huge amount of spending that is going to take place, which means dependency on energy is going to continue to grow and companies like ourselves can be of major help.
In terms of the weaknesses, the country has classic ones like infrastructure and the ability to navigate the waters, figuratively. However, I think that India has an overall very transparent system.
Currently, the government has been trying to make things easier for both international and local operators and partners. Can things be improved? Absolutely. Again, it is a young country that is opening the doors to a lot of players to come in and in due time they will keep refining the way they handle their partners.
I think India is the most price sensitive country in the world, which is part of its culture. People don’t pay the first price you ask them, and companies like us have gotten accustom to that. We don’t overprice and we get along very well. Generally, the cost of doing business in India is higher because ultimately, your price to the customer is lower than anywhere in the world. The margins are generally much smaller.
You have to be very efficient while running your business. You have to have very good people with the proper tools to maintain a workforce that is excited to keep the customer happy and do the job for their own profit.

How important is Halliburton’s R&D investment in the country?
I think we are the only service provider in India who has a regional Pune-based R&D centre, one of our three facilities in the world. It has 700 people with mostly PhDs and is a very impressive facility. Pune is a great place for university talent. We have opened it to manage the Eastern hemisphere from here and their top priority is to make sure we are looking consistently into new technology.
One example of our R&D efforts is the WellLock Resin system, designed for wellbore integrity. It is a patented technology only available to Halliburton. It is about 50-60 times stronger than typical cement. It is light, but impenetrable in every way, unlike regular cement which is susceptible to erosion. This is the kind of work the research centre does: finding better chemicals and better ways to make cement, building better drill beds, creating new pumps for fracking and other things of that nature.

How do you evaluate local labour markets for the oilfield services sector?
I came here with the idea of localising jobs for both labour and financial reasons. The number one reason for this is to find and cultivate talent in any given place that we operate.
India has a great pool of highly educated engineers, both with experience and without. It is imperative that we tap into that resource. We have been really lucky in finding and cultivating an amazing pool of smart people here. However, there are skill sets that are not available and are very scarce.
A few days ago, we finished a project doing UBD [underbalanced drilling], which is an extremely unique skillset that I can go on record to say that only Halliburton has. Basically with regard to deviated wells, you have a classic vertical well and you have deviated wells. What we bring is the ability to do the drilling in what they call the underbalanced format. It is very unique and dangerous work that is required for certain characteristics of wells that are very much the norm for a lot of Indian wells.
We are not overcharging our services. I am saying that our cost is higher than a classic cost because it is a unique skillset with a unique process to go with it. There is a lot of capital involved. However, compared to the regular vertical of deviated drilling processes, it is not hugely more expensive.

How would you evaluate the tendering process over here?
India is an L1 market, so the lowest bidder is awarded the bid. The good news for people like us is that the past-experience prerequisite disqualifies a lot of companies beforehand. In India, they have a technical qualification that they invite people to. Since you need to have 20 or 30 years of experience in deepwater, for example, it tallies down to three companies.
In the second phase, once everybody qualifies, it becomes about who has the lowest price. In this you really have to put your best foot forward. If you are the lowest bidder, you are going to be the service provider, if not, you wait for your turn in the next project.