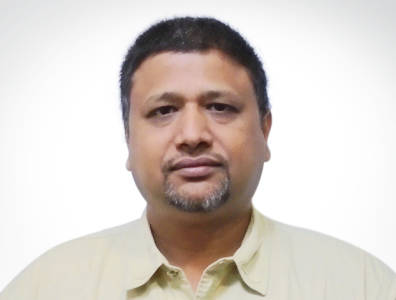 In terms of ease of doing business in India, I do not think it is very different here from many other countries. Even on the government side, with regards to taxation and regulations, it is relatively easy.

Prabhakar Shankar, country manager for ITS India, talks to TOGY about changes in the local services sector and operations being carried out by major hydrocarbons players. Shankar also gives advice for other firms weathering the downturned market. ITS is an oil and gas services provider that has been in India since 2006 and specialises in drilling operations.

How has ONGC moved to increase production in its marginal fields?
There has been no major find in the last 10 years for ONGC. The company is working on the same existing fields, and only with the goal to extract oil and maintain the same level of production. To do so, it has to go with cost-effective services and proven equipment.
ONGC owns most services in-house, but opportunities for improvement of its in-house services are limited. This is the reason it is moving out of these types of operations. The company is now engaging international service companies that have expertise working worldwide and may have tested some technology or equipment elsewhere.
Until the last few years, ONGC has only ever talked about using motors to enhance its drilling and go deeper. Things have now changed. It has now started using rotary steerable systems and turbines to go deeper into harder formations and drill complex well profiles. While ONGC’s early wells used to be mostly vertical, they are now drilling horizontal, multi-lateral drilling as well. The new technology has been brought to the company’s entire offshore operations on more than 40 rigs as well as on some onshore rigs.
ONGC is engaging services companies for better well quality and enhanced casing technologies. The company clearly sees the advantage of using the latest technology to maintain or even enhance its production levels.

How do you assess the demand for iTS Energy’s products and services for India’s E&P companies?
Major demand for iTS products in India is handled through our sales force with all oil companies. In addition, we use marketing intelligence and different tender related portals available.
Although Reliance Industries is not very active right now and is not planning any drilling activity, the company still uses our latest technology.
Cairn Energy is the third-largest major oil and gas company and is also very open to our new technology. This is mainly for its onshore operations in Rajasthan, Krishna-Godavari Basin and Cambay offshore.
Our firm is the preferred services provider for Schlumberger, Baker Hughes and Halliburton. We provide services to these companies because of our delivery and flexibility. We understand the situations, problems and issues with regards to some of the clauses put in the contract. We can take on those challenges and accept some of the back-to-back clauses. This might not be possible for all of our competitors that are also providing similar services.
In the public sector, there are two major operators: one is ONGC and the other Oil India. Oil India has become very active in the past couple of years. They previously never planned any offshore operations, but are now focused on deepwater wells.
We usually approach ONGC directly for contracts relating to tubular running services. For their upcoming projects, which are mainly on the complex wells, ONGC prefers to go with bundled lump sum turnkey contracts, which usually go to larger players.
Since ONGC and Oil India are public sector companies, they do not only operate for profit. This is the right time for the public sector to boost its operations and take the price benefits from drilling contractors and service companies as most of the contracts are long-terms contracts for three to five years.  For private companies, it is more a case of waiting and watching.

How successful will the prospects being put up for the new bidding round in India be?
The marginal fields are mostly proven fields, but it depends on the availability of quality data. We have seen cases where public sector operating companies couldn’t find any prospects, but the same block or area explored by private sector oil operators had excellent findings.
Basically, they have the data available for these new fields and there is nothing left to do. They just need to outline the blocks and see if they find anything new. Previous findings might be small because of old technology, but with new technology, such as updated seismic testing, they might see better prospects. Unfortunately, I believe this has been delayed.

What is the major challenge companies face when doing business in India?
In terms of ease of doing business in India, I do not think it is very different here from many other countries. Even on the government side, with regards to taxation and regulations, it is relatively easy.
There are different government agencies where you need to seek clearance, which can be time-consuming for someone new to the country. However, since we have been here for a long time, we understand these details.

What is your outlook on the future for services companies supporting the hydrocarbons industry given the sustained low price of oil?
That is very difficult to say since so far all predictions have been wrong. We planned for the market to revive in Q4 2015 and for things to continue upwards into 2016. However, we are now in Q2 2016 and we are still not seeing any signs of recovery. We are purely dependent on the market. Projects that we forecasted to start in Q1 2016 have already been delayed. We have verbal commitments that these will start in either Q4 2016 or Q1 2017.
We as a services company are waiting for Cairn, Reliance, and GSPC, amongst others to start. They are the major player for services companies, and once they start, we will all have something to cheer about.
Four years ago, Reliance was operating with five deepwater rigs, GSPC with five offshore rigs and Cairn, until the end of 2014, with over 15 onshore rigs. Once these companies come back, we will be back as well.
I think this is the right time for companies to invest in people and equipment and to plan business strategically. In the event of the market bouncing back, it’s going to be a challenge to find the right people. As the oil market situation is prolonged, talent has started migrating to other sectors in search of opportunity.