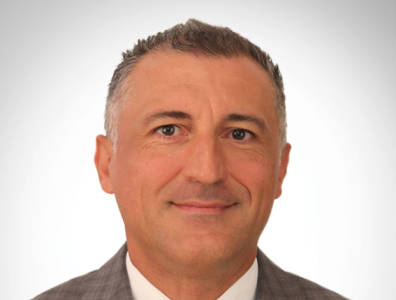 The history of the oil and gas industry is full of projects that were deemed non-viable, but eventually became success stories.

What is the state of the hydrocarbons industry in the Angolan market?
Overall, the market is downsizing. Investment in exploration is low. Organisations are concentrating on cutting costs and improving efficiency. During this period of low oil prices, collaboration and cost-sharing are key to maintaining profitability in the oil and gas industry.
Oil companies are united in the Association of Contractors of the Angolan Oil Industry, which encourages the development of cost-sharing approaches by gathering the main market players and addressing the current obstacles faced by the industry.
Angola’s hydrocarbons industry, gas production and onshore development remain full of potential, with room for growth and expansion. Though current circumstances in the oil and gas industry are not optimal, attractive investment opportunities are still there.

Where do opportunities exist for the development of Angolan natural gas?
Producing natural gas has a lot of potential, as there is domestic and regional demand for it. The Lower Congo Basin in the north is a promising region ready for development.
The facilities are already in place. The LNG plant near Soyo is expected to resume full operations in mid-2016. It is the only plant in the world fully fed with associated gas, which is released as a byproduct during oil production. Using associated gas is efficient and environmentally responsible, and generates value for the country in the long term.

Is onshore oil production in Angola attracting interest among potential investors?
Onshore oil production is attractive. Though offshore production will remain the most important factor in the country, there are onshore assets with some potential.
Many local operators were interested in the onshore bidding round, in which 10 blocks were auctioned. Seven are located in the Kwanza Basin and the remainder are in the Lower Congo Basin.
During a period of low oil prices, companies naturally shift their interest to fields where operational costs are lower. Huge amounts of capital were spent on exploring the deepwater pre-salt blocks. Very few commercially viable resources have been found so far.
Investing in pre-salt exploration is risky, but this will not stop companies from trying. Some are exploring the Angolan pre-salt. The history of the oil and gas industry is full of projects that were deemed non-viable, but eventually became success stories.

What can Angola do to be more competitive in the oil and gas industry?
Countries compete with each other, especially during times of financial constraints. Angola is in a great position, but there is room to further improve its competitiveness and attractiveness for investments.
The contractual framework, which forms the basis for agreements between the government and oil companies, could be updated. Decision-makers are fully aware of this situation and are open to engage in it.
Developing local content is also very important. Angola’s hydrocarbons industry is concentrated on deepwater production. Working in deepwater requires resources that are not always available in Angola, such as skilled personnel and the latest technologies. These services and goods must be imported.
Onshore and gas projects are more fit for developing local content than those offshore. Conventional production allows local companies to increase their activity.