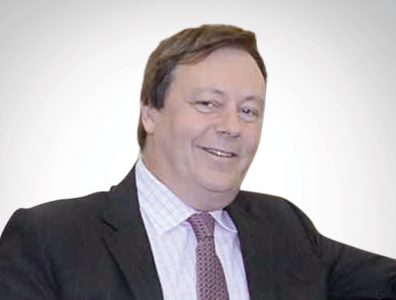 Iraq’s plan to continue to increase production will require considerable investment in the associated infrastructure, and UK companies are keen to work collaboratively with the Iraqi government on maintaining their investments.

Appeal of Iraq’s oil and gas

Frank Baker, the UK’s ambassador to Iraq, talks to TOGY about how his embassy is assisting UK companies doing business in Iraq and the continued appeal of the Iraqi hydrocarbons industry. He also discusses Prime Minister Haider Al Abadi’s reform agenda and the complex relationship between governments in Baghdad and Erbil.

What is the appeal of the Iraqi oil and gas market for British companies?
International oil companies consider Iraq a key market owing to its high production capacity potential and comparatively low operating cost environment. The British government expects to provide substantial high-value opportunities for UK companies over the next few years in particular.
As the oil price continues to weaken, it is likely we will see a slowdown in the number of major investment projects. But despite the challenges, significant opportunities remain in Iraq, not least in the petrochemicals sector, where Shell’s $11-billion heads of agreement to build one of the largest petrochemicals plants in the region was signed in January 2015.
I expect, therefore, to see a continued level of significant investment made across the industry.

How has British expertise helped the development of the Iraqi oil and gas industry over the past five years?
BP, Shell and British engineering, procurement and construction companies such as Petrofac and Amec Foster Wheeler have led the way in developing Iraq’s hydrocarbons infrastructure and production potential. As a result, Iraq has reached record levels of oil production. I expect this trajectory to continue as Iraq moves towards its production potential of 6 million barrels per day by 2022.
A specific example of British technical expertise has been seen at the Rumaila oilfield, where BP recently achieved its own record production levels. I look forward to UK companies also helping Iraq to harness and maximise its gas potential in the near future.

How is the embassy assisting British companies doing business in Iraq?
UK Trade & Investment, both in the UK and through its teams in Baghdad and Erbil, engages across the industry to help UK and Iraqi companies work together. It advises on local content opportunities, market entry and the capability statements required of international oil companies, as well as helping businesses overcome bureaucratic issues.
More broadly, the agency is strategically engaging with the Iraq government on contractual and technical issues in the oil and gas industry.

What can the British government and business community do to help Iraq navigate the current low oil price environment?
The low oil price cycle is nothing new, and UK firms have valuable experience of operating in them. Iraq’s plan to continue to increase production will require considerable investment in the associated infrastructure, and UK companies are keen to work collaboratively with the Iraqi government on maintaining their investments.
At the government level, the UK will continue to engage strategically with the Iraqi national government and the Kurdistan regional government to support them in addressing the industry’s challenges.

How do British businesses stand to benefit from the reforms Prime Minister Haider Al Abadi introduced over the summer of 2015?
I welcome Prime Minister Abadi’s recent steps to improve the investment environment in Iraq. Clear progress has been made by updating Investment Law No. 13 2006 and signing the Washington Convention on the Settlement of International Disputes.
The prime minister is also working with international organisations to develop economic zones, tackle corruption and improve Iraq’s ease of doing business ranking. But more reforms are needed – particularly in the economy – to tackle Iraq’s growing budget deficit.
Despite a number of external factors that could affect the market, the extent of Iraq’s commodity base and the steps being taken around economic reform make for a positive long-term outlook.

How can the UK government and business community assist Baghdad and Erbil to reach a lasting revenue-sharing agreement?
It is best to assess the Erbil-Baghdad relationship without comparison given the unique circumstances. The key point is that the Kurdistan region of Iraq and the national government are stronger when they are working together. A clear example is in oil, where agreement could lead to both parties achieving higher export prices. Given the current economic crisis, it is more important than ever that both governments work to ensure the relationship is strong and productive.