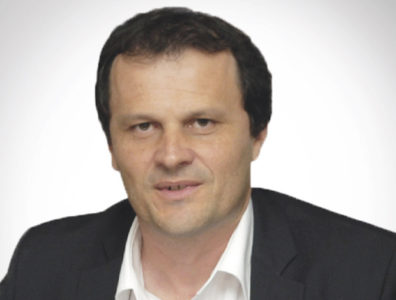 I’d like to dream of a common project between Gabon, Congo and Angola. Imagine a network of connections between these countries. At some point it will become necessary to combine these countries’ resources so gas projects become economically viable Some gas discoveries have been made recently on offshore licences.

TOGY talks to Maurel & Prom’s director-general Christophe Blanc about the company’s exploration and production efforts in Gabon. Blanc discusses the 2015 production rates at the Niembi and Mabounda fields and touches on gas flaring in Gabon. The E&P entity has concentrated on retaining its assets and operating within its means in terms of exploration efforts in response to lower oil prices.

Can you give us an update on your production licences and fields?
On the Ezanga licence we have the Onal production centre. There are a few satellitefields around it on the same licence, which are the Omko, Mbigou, Gwedidi, Maroc Nord and Maroc fields. We put two other sites into production in 2015, which are Niembi in October 2015 and Mabounda in August 2015. On the Nyanga Mayombe licence, we have a well, but it hasn’t been in production for two years for economic reasons. The means of accessing the well are very difficult and putting it into production is currently not economically viable. So, for the moment, all of the equipment is being preserved. There is a team at the location whose job is to maintain the equipment at the site so it doesn’t degrade. When oil prices come back to acceptable levels, we’ll change the bottom pump and also probably drill other exploration wells in the region.

How much is Maurel & Prom producing in Gabon?
In January, we beat our average monthly production record of 28,345 bopd, which represents our best month since Maurel & Prom started in Gabon. We achieved our highest daily output in April 2016 with 31,167 bopd. This is quite an achievement since we haven’t drilled since last July. We’re working to optimise production and water injection. We are concentrating on parameters that allow us to reach further production records as well as our yearly output targets.

Are there any updates from Maurel & Prom’s exploration sites?
We will probably drill more exploration wells in the Nyanga Mayombe licence, where we drew supplementary seismic lines that were completed in July 2015. The project was conducted with Chinese geophysical company BGP, and the company is currently analysing the data. On the Ezanga licence, we finished the 3D-seismic assessment and on the Kari licence, we finished the 2D-seismic exploration on the edge of the Moukalaba-Doudou National Park. We went through two years of procedures together with the Ministry of Water and Forests and with the Ministry of the Environment. We were assisted by agents of the ANPN [Agence Nationale des Parcs Nationaux] and of DGE [Direction Générale de l’Environnement] who accompanied us during the entirety of the seismic exploration to ensure we’d respect the environmental regulations.

How are developments at the Onal production field progressing?
In 2015, we installed a second production train, which doubled our treatment capacity. This theoretically allows us to achieve a production of up to 35,000 bopd and around 40,000 barrels of water. That amounts to around 75,000 barrels of fluids in both trains. We also installed a gas scrubber that allows us to pull out fuel gas from our associated gases, which we use for our electrical generators. Currently, 150 wells have been drilled. There are 100 being used for production and 40 for injection. About 10 are not in service. We’re in the middle of a project to boost the capacity of our oily water treatment centre. The development should finish up in early April 2016. We’re coming to the limits of what was initially installed, which is normal as the site ages. We have more and more water production that will need to be treated. The current project is going to increase our capacity for water treatment up to 70,000 barrels of water per day.

How much potential remains onshore?
There might be more discoveries to make in Gabon in the onshore market. The discovery of Onal comes from the fact that Maurel & Prom discovered oil in Congo’s M’Boundi field, in sandstone layers. Using similar methodology, the geology department made a discovery at the Onal field which represents the first sandstone layer discovery in Gabon.

Is Maurel & Prom interested in Gabon’s offshore?
We’re staying within our means. We’re not talking about the same orders of magnitude regarding investments for an onshore field compared to offshore plays. If it’s in shallow waters, maybe we could still make some comparisons, but as soon as you get into deepwater or ultra-deepwater sites, you’re in a price range for investments that is unbelievable. For the moment, those are not the types of investments that Maurel & Prom is targeting.

How does Maurel & Prom handle the excess gas at its fields?
There is very little gas at our Onal field. After the installation of the second train, we started fine-tuning and optimising our process. I hope within two months, we’ll have calibrated everything and will be able to use our gas production to power our production centre. Currently, we buy our gas from operators in the area. On our production site we have electric generators and water heaters, which are located along the entirety of our 125-kilometre pipeline between Onal and Coucal, where we also have gas-powered electric generators.

Is it economically viable to work with pipelines to transport gas?Everything’s possible. I’d like to dream of a common project between Gabon, Congo and Angola. Imagine a network of connections between these countries. At some point it will become necessary to combine these countries’ resources so gas projects become economically viable Some gas discoveries have been made recently on offshore licences. Maybe at some point Gabon should consider what to do with these gas quantities in the future, either a small LNG plant or a common project with its neighbouring countries. There are technical difficulties, but we need to think bigger.

What is Maurel & Prom’s strategy in Gabon in the short and long term?Today, our strategy is to have a positive cashflow in 2016. This means reaching the production objectives that we set for this year. We are also sufficiently reducing our costs to order to attain the company’s positive cashflow objective.We look forward to higher oil prices before year end that might give us and the oil economy the incentive to restart investments. After that, we must take into account transportation costs. If the barrel price is USD 30, there isn’t a lot of money that remains. We’re reducing our operational expenditures in consultation with our suppliers.