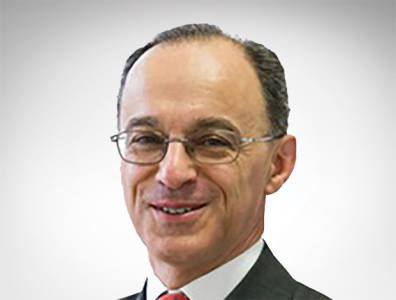 Ultimately the needs of China at this time are very well complemented by the UK’s expertise. Added to this, China’s overcapacity in some sectors needs access to new markets. The UK, with a global footprint and the benefit of strong and established connections throughout the world can support and drive further collaboration.

Monetary value of annual bilateral trade between China and the UK:USD 80 billion

TOGY talks to Lord Sassoon, China-Britain Business Council chairman, about the evolving relationship between the UK and China, the country’s shifting economic priorities and attempts to bring China more firmly into the international financial sphere. CBBC offers assistance to UK companies in China to develop and expand their business. The association has been active in China since 1950s.

How would you rank China’s overall importance to the UK on the global stage?
Bilateral trade has increased rapidly to USD 80 billion annually and China is now fifth on the list of export markets for the UK. Equally important is how the two economies compliment each other and generate opportunities for both entities and third markets around the world.
A perfect example of this is China’s ‘Belt and Road’ initiative, which seeks to rekindle the old trading routes from Asia to Europe overland and by sea. Chinese companies are looking to UK expertise in finance, insurance, law and project management to support them in unfamiliar and challenging business environments along the route. The value of existing Commonwealth connections in some ‘Belt and Road’ countries will enhance the UK’s mutual and strategic offering.

How has the relationship between China and the UK evolved over the recent years? What is your vision for the relationship between both countries in the long-term?
In recent years, China and the UK have become the two large countries arguing consistently for free trade and investment. Also, as the world becomes increasingly multi-polar, the UK has been a strong advocate of China’s full integration into the world’s financial architecture. This is seen in the UK’s early support for the Asia Infrastructure Investment Bank and in China’s strategic investment in the City of London.
In many ways, the relationship between the UK and China has changed the same way as CBBC itself has evolved. When China started to open up in the late 70s and early 80s, CBBC’s main role was to help UK companies go to China, to set up and access the market there. While this role still remains central to our work today, the relationship, like China’s business environment, has become so much more diverse and sophisticated.
Today we talk to our members about opportunities in China, in the UK and in third markets around the world. More recently, the next stage of China’s development of lower, more sustained growth, often referred to as the ‘new normal’, gives the UK a greater competitive advantage than at any time before.
China’s economy is now shifting away from an asset investment and export model, to one increasingly based on consumption. Its manufacturing is seeking to move up the value chain and it is looking around the world for investment opportunities. These three important shifts suit the UK’s expertise in a range of areas.
First, as services now account for more than half China’s GDP, there is a market for the UK education, healthcare, insurance, retail sectors to serve the burgeoning Chinese middle class with an eye for high-quality and innovation.
Made in China 2025, a government initiative to ensure that China’s manufacturing moves up the value chain is an excellent opportunity for UK engineering and manufacturing firms, especially those in the oil and gas industry, to partner with Chinese companies.
Finally, China is now a net outbound investor. The lower level of the pound sterling presents obvious short-term buying opportunities, but more strategically UK financial and professional services firms, with their global footprint, are well-placed to assist outbound Chinese investment along the ‘Belt and Road’ initiative. In March 2016, London overtook Singapore to become the world’s major Renminbi settlement centre – second only to Hong Kong – with 6.3% of all offshore transactions, clearly showing that China has already recognised the important role that the UK can play in its own internationalisation and in realising deeper bilateral co-operation in the long term.

What are some of the drivers of strengthening international collaborations between Chinese and UK companies?
The state visit of President Xi [Jinping] last October heralded a new era of relations, as did the recently approved investment in Hinkley Point. Strong political relations do, of course, grease the wheels of commerce. But I think the drivers are more fundamental than that.
Ultimately the needs of China at this time are very well complemented by the UK’s expertise. Added to this, China’s overcapacity in some sectors needs access to new markets. The UK, with a global footprint and the benefit of strong and established connections throughout the world can support and drive further collaboration.