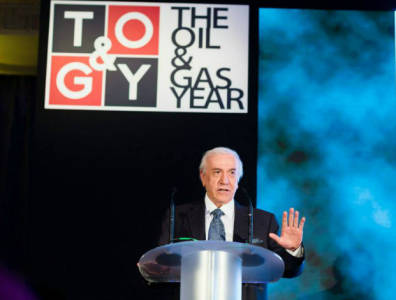 The energy relationship with Turkey is solid and growing quickly. It will be further enriched when we start exporting gas to Turkey in 2017.

Build it better: the path forward for the Kurdistan Region of Iraq

Nearly a decade has passed since the spudding of the first well at the Tawke field following the liberation of Iraq. Dr. Ashti Hawrami, the minister of natural resources of the Kurdistan Regional Government (KRG), reflects back on the past 10 years of energy industry growth and outlines the path forwards for the development of the Kurdistan Region’s hydrocarbons resources.

How has the KRG progressed in developing its oil industry over the last decade?

The past 10 years have seen the birth and growth of a modern oil industry in Kurdistan, and after decades of economic and political isolation, the people of Kurdistan are finally seeing the benefits of their natural resources. The process has not been easy, but I believe the hard work and investment that have been made are being rewarded.

The correct legal and contractual framework is in place and will underpin, but hopefully not dominate, the economy of the region over the decades to come. The oil industry is progressing and providing employment and training. In many ways it is helping to connect Kurdistan with the world.

Is the KRG on track to achieve production targets of 1 million barrels of oil per day (bopd) by year-end 2015 or early 2016?

The 1-million-barrel-per-day target is achievable, given the current discoveries and developments, by the end of 2015 or in early 2016. In order to achieve this goal, we will increase production from the main producing fields such as Tawke, Taq Taq and the Khurmala and Makhmour area and add to that production from the newer fields, such as Shaikan, Hawler and Atrush, Akri-Bijeel and Sarsang, as well.

What export level does the KRG need to achieve to meet its budget requirements?

Since the 2005 federal constitution, the KRG has never received its full 17-percent budget entitlement. The federal government has skimmed off so much in so-called sovereign expenses, which never reach Kurdistan, that the Kurdistan Region has actually been receiving around 10-11 percent each month. Even that amount was withheld throughout most of 2014 by the federal government.

We think that about 500,000 barrels per day net of contractors’ entitlements will allow us to meet the 10-11 percent mark by the end of the first quarter of 2015, while the true 17 percent can be reached as production increases later on in the year.

What is the current status of the oil export agreement between the KRG and Turkey?

The energy co-operation between the KRG and Turkey is strategic and of mutual benefit to both sides. Under a framework agreement, Turkey transits oil produced in the Kurdistan region through the pipeline to the port of Ceyhan. There it is sold and transferred to tankers by the KRG. During the security crisis in the summer, Turkey ensured that oil did not stop flowing through the pipeline, so the energy relationship with Turkey is solid and growing quickly. It will be further enriched when we start exporting gas to Turkey in 2017. This new chapter with our Turkish neighbours is having a positive effect on the geopolitics of the whole region.

How is the KRG’s gas market progressing? What is the nature of the gas agreement between the KRG and Turkey?

Our first priority with gas is to satisfy domestic demand. We plan to fuel the region’s power stations with gas, replacing expensive diesel, which costs billions of dollars a year in imports. Once domestic demand has been met, then gas can be exported, first to Turkey, which has a large demand for gas and is the natural market for Kurdish gas, and then also to international markets such as Europe, aiding their goals of diversified supply and energy security.

Gas is a centrepiece of our long-term energy relationship with Turkey. Turkey’s economic ambitions dictate that it is so. The country already has an extensive and growing market and gas network, and work will commence soon on connecting the KRG network to Turkey. We are establishing gas export infrastructure in the KRG, including processing facilities and pipelines, and we expect to see first gas exports from the KRG in 2017 or 2018.

How can trade with Iran and other neighbours factor into the KRG’s export arrangements?

Iran is a neighbour of Kurdistan, and the KRG’s policy is to maintain good relations with all of our neighbours. The Kurdistan Region already has strong trade relations with Iran, including energy. We see a bright future for our energy relationship with Iran across a number of sectors, particularly in gas and downstream.

How are the best practices and technologies of international oil companies (IOCs) ensuring new discoveries and optimal production with limited environmental impact?

Many of the companies looking to prove the size of their discoveries for both production and appraisal are using 3D seismic to better understand their assets and optimise their developments. Many of the geological zones in Kurdistan are complex areas of thin pay zones stretching long distances, which makes the use of horizontal drilling a clearer strategy.

The era of wildcat exploration wells is waning, and there is more exploration in zones analogous to recent discoveries. Added to that, the entrance of the mid-sized companies and majors to Kurdistan means we expect more advanced techniques to be used including 3D seismic and horizontal drilling to maximise recoveries and minimise well count, which is preferable regarding both commercial and environmental criteria.

With many fast-track projects in the region completed by local companies, how is the ministry supporting the local oilfield services and engineering and construction sectors?

The Ministry of Natural Resources (MNR) has encouraged oil companies to support local companies by providing them with feedback and support on quality assurance and quality control as well as their health, safety and environment and management systems to ensure that they fully understand what is needed on all tenders, and learn how to adopt best practices from abroad to be able to work with IOCs, which have high standards.

Locally, and specifically on civil works, we encourage IOCs to promote civil contractors from the immediate area where they work, if possible. This ensures that they can compete, and for smaller works, are given the chance to work for the IOCs and learn on the job. They can then bid for bigger projects in the future.

Can the local workforce meet the demands of the region’s growing energy industry?

While we are trying to ensure that there is a free and fair employment market for oilfield personnel, we have high expectations of the industry to recruit and “grow” their own staff.

One issue in Kurdistan is the lack of skilled workers in trades such as welding. This needs to be addressed by improving polytechnic-type training schools, to provide workers with the vocational skills to meet the needs of the industry. English language training skills are being improved. Graduates realise that good English is required for a career with an IOC.

To encourage the development of the local workforce, MNR requires IOCs’ development plans to include a workforce plan for hiring and developing local staff. The MNR’s focus is not restricted to the operators.

Since the vast majority of the workforce on any site is usually sub-contracted, the MNR expects any IOC contracts with services companies to have local workforce commitments. This expectation applies equally to Kurdish services companies. They should demonstrate best practices in training their own people.