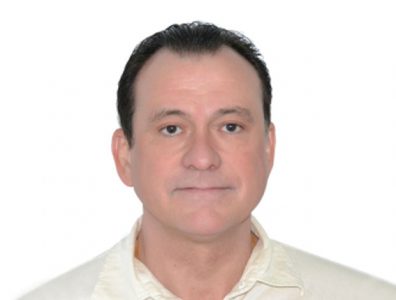 The government has not co-ordinated the timing of power infrastructure projects with its own ministries.

Can Iraq fix its power sector?

Steve Holmes, oil and gas director of the Baghdad Company for Gas Turbines, explains how shortages of skilled personnel across different areas of design, construction, operation and maintenance have impacted the drive to increased power. Poor long-term planning and decision-making on the part of the various bodies have created a functioning yet vulnerable power generation sector.

Is the government taking the right approach to increasing power generation capacity?

During the early days after the US invasion of Iraq in 2003, the situation on the ground called for a quick resolution to what was around 3 GW available on the grid at that time.

Unfortunately, this solution only lasted for a relatively short period due to the turbines’ sensitivity to fuel quality and operators’ insufficient knowledge. These units are now mostly mothballed or in need of full factory overhauls.

Since that time, the Ministry of Electricity has followed a policy of new power plants with heavy-duty gas turbines. But this strategy too has its own problems, due mainly to a shortage of fuel. Iraq has installed power without fuel or infrastructure to support operation.

What can the Iraqi government improve upon in the efforts to overhaul the sector?

The government has not co-ordinated the timing of power infrastructure projects with its own ministries. They seem to work as completely separate entities, thus causing delays and exacerbating the power shortage. In the absence of suitable fuel for its power plants, Iraq has had to turn to Iran for gas.

The main drive should be to get the Ministry of Electricity to work closely with the Ministry of Oil to drive the need for clean dry gas for use in power plants and also for the domestic market place.

The Ministry of Electricity has been putting pressure on operators to produce their own power in the few years leading to 2015 and this is now starting to free up capacity for domestic use. The key to end these shortages is developing natural resources such as flare gas for industrial use.

Do Iraqi engineers have the right skill sets to facilitate in increase in power generation capacity?

Iraqis have enough skills, but they’ve been cut off from modern practices for about 30 years. That was one of the first things companies find out when they go to Iraq. Entrants really need to sharpen the pencil in terms of how to get locals into the modern working environment through training.

During the 1970s, a lot of gas turbine operators and technicians came to the UK for training. It is worth to remember that these engineers were the backbone of what was then the Middle Eastern leader in terms of technical knowhow and expertise.

In 2015, it seems that Iraq trains young technicians only to promote them to office positions, leaving huge gaps on the operational side of things. Being a good engineer or technician should be something to be proud of, and this doesn’t seem to be the case in modern Iraq.

This also ties back to what happened under Saddam Hussein, which was to over employ. In power station control rooms anywhere else in the world, you would have four operators on two shifts.

In Iraq, there were at times 50 guys on two shifts, which makes 100 people. If anything had to be done on the floor, they would say it wasn’t their job as they were operators. Instead of physically tweaking controls on the floor and learn something, they would tell someone else to do it. That mentality is still present among parts of the Iraqi workforce.

About the Company: The Baghdad Company for Gas Turbines has been operating in Iraq since 2003. Since that time, it has worked with major operators such as BP, Shell and ExxonMobil, among others. The company offers technical support for gas turbines, in addition to controls, electrical and instrumentation services. It also works on new or existing power plants on an engineering, procurement and construction basis, and is capable of carrying out plant installations and total rehabilitation.