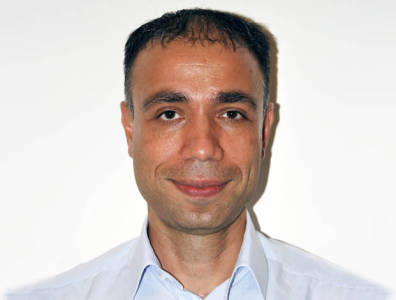 Even though Azerbaijan’s importance as a supplier of energy resources and natural gas could increase from a strategic perspective, there is also a possibility that they could end up antagonising their northern neighbour.

Russian gas that crossed Ukraine into EU in 201380 bcm

Centre of attention: The impact of current crises on Azerbaijan

Azerbaijan is located in one of the most politically sensitive regions in the world. Elnur Soltanov, chairman of the Caspian Centre for Energy and Environment, speaks to TOGY about the impact of the current crises in Ukraine, the expansion of the Islamic State of Iraq and the Levant (ISIL) in the region, sanctions on Iran and the changing nature of the international gas market on Azerbaijan.

Is the changing geopolitical situation in the region impacting Azerbaijan’s standing in the international energy market?

The ongoing events in Ukraine are increasing concerns regarding the stable supply of gas to the EU. Russia currently supplies 161 bcm (5.68 tcf) of the 541 bcm (19.1 tcf) of gas the EU consumes. Not only is there the possibility that Ukraine may cease to be the energy transit country it used to be, the country might also see its own energy demand increase. This would also place an extra burden on the EU, which partly supplies Ukraine with Russian gas.

EU countries are aware of this problem and are trying to avert this situation by looking for alternative energy sources, especially in natural gas, which could come from Azerbaijan, Northern Iraq, the Eastern Mediterranean or the US. Therefore, the importance of the Southern Gas Corridor, an initiative by the European Commission that aims to supply Europe with gas from the Caspian Sea and Middle East, is as great as ever.

There are also some other mitigating issues, such as the slowdown in the rise of global GDP, which has the potential to reduce the demand for energy resources, and the shale oil and natural gas revolution in the US, which could lead to the US competing with gas suppliers by becoming a supplier of gas to Europe. It is only a matter of time until we see shale technology diffuse to other markets around the world.

Meanwhile, in Libya and Iraq, overall oil and gas production levels are increasing at a steady rate despite the presence of ISIL in central and northern Iraq, and the development of sectarian violence in Libya since the ousting of Muammar Gaddafi in 2011. Therefore, there are factors that work in both directions that have the potential to influence Azerbaijan’s standing as a supplier of gas to the EU. Nevertheless, the country is not losing its position as a major gas supplier.

Developments in Ukraine may be dangerous in a broader context, as there is the possibility of the conflict spilling over into neighbouring regions. The country may become caught in the middle of a struggle between Russia and the West. The events in Ukraine have demonstrated how NATO is not willing to rush into action in order to counter Russia’s movements. Even though Azerbaijan’s importance as a supplier of energy resources and natural gas could increase from a strategic perspective, there is also a possibility that they could end up antagonising their northern neighbour. As a result, this limits Azerbaijan’s ability to manoeuvre.

How important are Azeri gas supplies for European countries?

The maximum volume of gas Azerbaijan could inject into the global market by 2018, which is when the gas from the Shah Deniz  II will reach southern Italy through the Trans Adriatic Pipeline, is 10 bcm (353 bcf). The country has the potential to double its exported amount from 16 bcm (565 bcf) to a maximum of 30 bcm (1.06 tcf) by 2026, but this process will take time, as there are currently no buyers. The maximum Azerbaijan could inject by then is relatively low compared to global demand.

The country has the potential to export 50 bcm (1.76 tcf) of natural gas by 2024, but the domestic demand by then will be around 20 bcm (706 bcf) and operating companies will have to inject larger amounts of gas at the Azeri-Chirag-Guneshli oilfields to sustain oil production. At the moment, we are expecting that Azerbaijan will be able to export around 25 bcm (882 bcf) to Europe by the mid-2020s.

Could the emergence of an independent Kurdish state affect Azerbaijan’s position in the Turkish energy market?

The Kurdistan Regional Government’s (KRG) struggle against ISIL will help them move closer to achieving statehood as the conflict will enable them to develop their defence capabilities and increase societal cohesion. In turn, the KRG will be able to capitalise on the region’s natural gas and oil resources.

The KRG’s co-operative bilateral relationship with Turkey is highlighted in the large amounts of oil that they export to their neighbour. With US and Turkish support, it is a matter of time until the KRG begins to export natural gas to Turkey, making the country entirely dependent on Kurdish oil and gas. This would mean that Turkey would secure a lower price for gas because of the KRG’s dependence on the Turkish market. In addition, exporting gas from the Kurdistan Region of Iraq to Europe would be more difficult due to Turkey’s increasing energy consumption.

Since signing the Contract of the Century in 1994, Azerbaijan has developed an understanding of the Turkish energy market through the development of the Baku-Tbilisi-Ceyhan Pipeline and the South Caucasus Pipeline. In fact, the development of the Trans Anatolian Natural Gas Pipeline could actually bolster Turkey’s overall plans of becoming a natural gas centre in the region. So, Kurdistan will not be a direct challenge to Azerbaijan.

What is your view on Azerbaijani-Iranian co-operation in the exploration and production possibilities in the Caspian Sea?

Even though a memorandum of understanding between the State Oil Company of Azerbaijan (SOCAR) and Iranian Khazar Exploration & Production Company for exploration and production in the Caspian Sea was signed in August 2014, the political climate still remains uncertain and co-operation between the two countries remains limited. Iran would be willing to co-operate more with Azerbaijan with regards to regional geopolitical matters, but this would results in Azerbaijan failing to comply with the international sanctions currently in place against Iran.

This issue was tested during the Shah Deniz II project in which the National Iranian Oil Company has a 10-percent-share. It was a difficult process for the Shah Deniz consortium to ensure that the group was exempted from sanctions. At the end, the revenue generated by the National Iranian Oil Company had to be reinvested in Azerbaijan, as the money was banned from being sent to Iranian banks. It was only through this arrangement in 2012 that the US Congress exempted the Shah Deniz project from being.

Azerbaijan’s economic activity with the EU and US constrains the level of commercial relations the two countries can have. In addition, Iranian and Azeri companies do not have the necessary technology and experience to operate and exploit the Iranian section of the Caspian Sea, which is much deeper than the other parts.

What do you think about SOCAR’s emergence as an international company?

SOCAR’s emergence as an international oil company is a result of the country’s economic diversification strategy of investing in a wide range of international projects in the midstream and downstream sectors, as well as the telecommunications and trading industries. In addition to producing and exporting crude oil and natural gas, Azerbaijan aims to profit by exporting its knowledge to other parts of the world.

One of SOCAR’s most successful international activities has been in the downstream sector where the company has opened petrol stations in Georgia, Romania, Ukraine and Switzerland. For example, SOCAR constructed Georgia’s gas network, distributed gas throughout the country and has become the largest investor and taxpaying company in the country. SOCAR Georgia Petroleum contributed $640 million in taxes to the Georgian state between 2006 and 2013.

The majority of major hydrocarbons companies in the world, such as ExxonMobil and ConocoPhillips, are now becoming more vertically integrated. These types of companies place more emphasis on exploration and production than other parts of the industry. In the case of SOCAR, we are seeing the opposite. This is related to the fact that SOCAR is at the earlier stage of internationalisation. As an oil company expands and matures, it wants to capture more in the oil and gas value chain and tends towards horizontal integration first. This is exactly what SOCAR is doing. The rewarding challenge for the company will be to allocate its resources effectively and efficiently to mitigate the risks of growing into a wide range of activities in a short period of time.